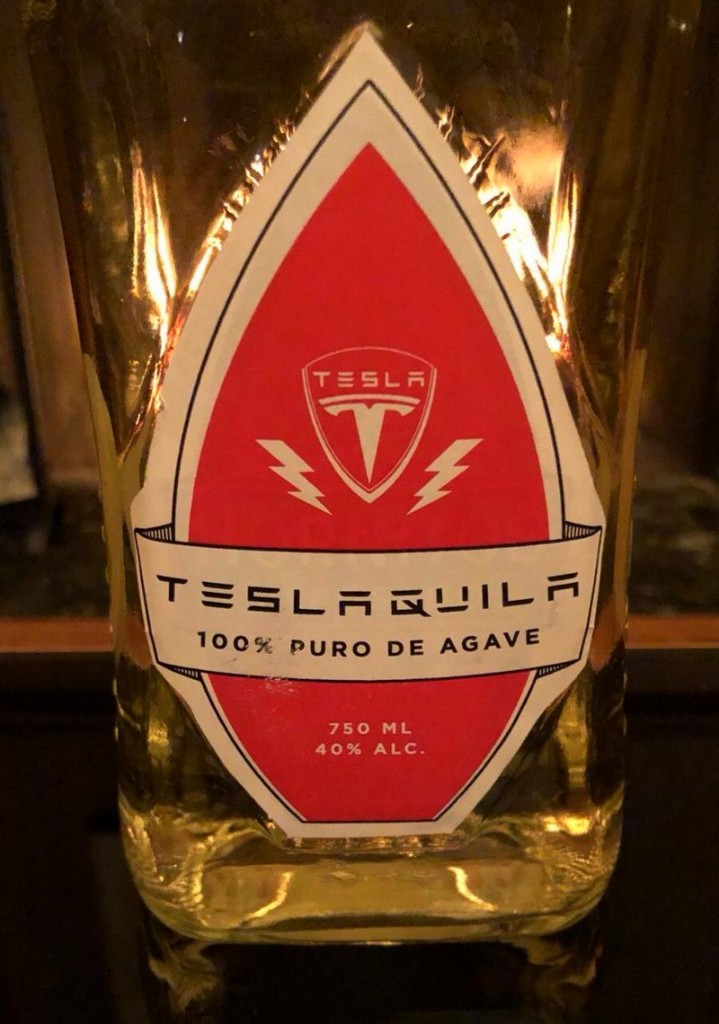 Elon Musk is hitting the bottle – well, probably. Tesla has trademarked “Teslaquila”, a tequila branded after his electric car company.

The product started as an April Fool’s joke when Musk claimed Tesla was going bankrupt and that he had been found “passed out against a Tesla Model 3, surrounded by ‘Teslaquilla’ bottles, the tracks of dried tears still visible on his cheeks”.

But according to CNBC, which broke the story, Musk’s company has now filed an application with the US Patent and Trademark Office to use the name for “distilled agave liquor” and “distilled blue agave liquor”.

The booze business, if he should ever seriously decide to enter it, would not be Musk’s first foray into bizarre sidelines. Earlier this year Musk announced he had sold 20,000 flamethrowers branded after his Boring infrastructure business. “Say hello to my little friend,” Musk wrote on Twitter. “Obviously, a flamethrower is a super terrible idea. Definitely don’t buy one. Unless you like fun.”

The tequila application comes after a period for Musk that might drive anyone to drink. Musk is being sued by a British diver who helped rescue children trapped in a mine in Thailand after the billionaire called him a “pedo” on Twitter. He also rattled investors by smoking a joint during a podcast.

Tesla and Musk have been fined by the Securities and Exchange Commission (SEC) after the billionaire Tweeted he had “funding secured” to take his troubled company private – funding that failed to materialize. At the SEC’s behest Tesla is now seeking a chairman to oversee the company.