Discover the secrets and the inventions of the universal Genius! 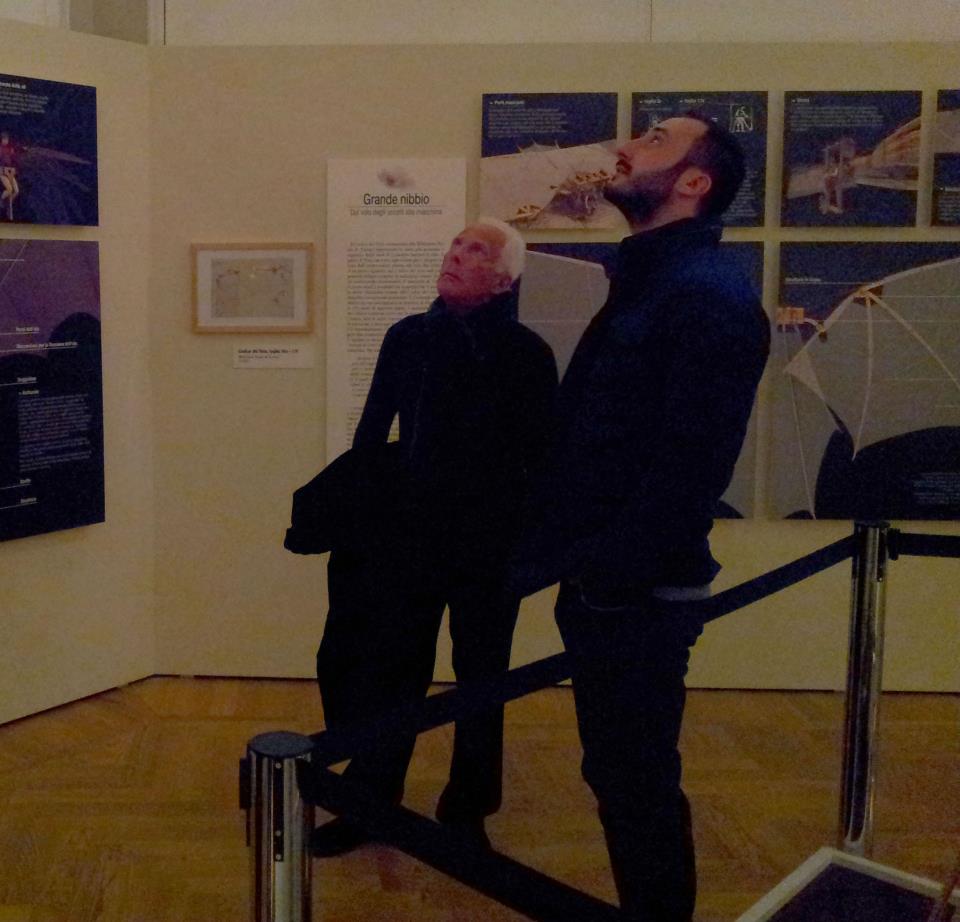 Only a a pioneer of his time with an intellect and imagination that seemed to come not from Earth could create during his life the Time Machine, The Flying Machine, The Submarine, the Magic Cube, the Harpsichord-Viola, the Mechanical Lion, the Mechanical Bat, or The Mechanical Dragonfly. The book of Leonardo da Vinci’s secrets is revealed and rebuilt by Leonardo3 project, the world leader in exclusive exhibitions and publications on da Vinci’s genius, in a stunning traveling exhibition, 2luxury2 had the opportunity to visit in the heart of Milan, in the prestigious space of the King’s Rooms. Leonardo’s statue in Piazza della Scala greets each visitor and pleads for knowledge, research and cultivation of unquenchable curiosity.

“Leonardo3 – The World of Leonardo Exhibition” (rewarded with The Award of Excellence from the President of Italian Republic) is a truly spectacular show with various machines constructed by the Italian Renaissance polymath and Leonardo3, all said to be working models. It is that kind of exhibition worth to return several times as you will not run out from the first time all the multitude of information. Indeed, what the public knows about Leonardo is barely the tip of the iceberg. Drawing is better than words, and the show uses images to explain everything, just as Leonardo himself did. 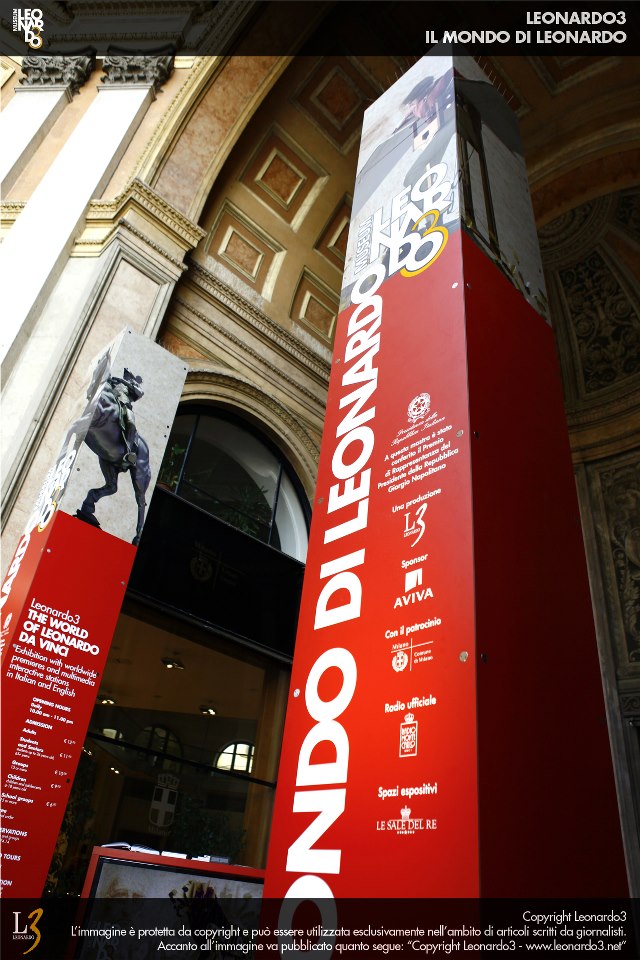 The display takes its inspiration from over 5,000 pages of Leonardo’s entire production. This enormous number of manuscripts is distributed among a variety of separate codices (which were assembled long after Leonardo’ death; even the name “codex” is of a later date).

In the first rooms of the exhibition Leonardo da Vinci machines and sketches came to life and had kept us “prisoners”. An absolutely fabulous universe that leads to more curiosity, desire and fascination for Leonardo da Vinci‘s genius – a great artist, Renaissance engineer, writer, thinker, but also a huge talent with the ability to endlessly experiment and not always successfully. The 3D images & special multimedia installations made several hours pass unnoticed. The computer graphics techniques send the visitor into virtual reproductions of historic scenes. More than 1100 digital pages of the Codex Atlanticus were at your disposal for an immersive experience.

Thanks to interactive equipment and machines that work, you are no longer a passive observer, but becoming part of environments and having the opportunity to come “into contact with the technical problems –and their solutions –that were so distinctive of Renaissance technology”.

“The name “Leonardo3” comes from our years of research, research intended to combine the two-dimensional world of Leonardo’s manuscripts with the third dimension of virtual and physical models. It is Leonardo3’s aim to unite research with the popularization of history and science through the use of modern equipment and “entertaining”ways of studying and analyzing history: in a word, “EDUTAINMENT”, which blends the world of EDUCATION with that of ENTERTAINMENT,” says the creators of Leonardo3 project.

“Clearly, Leonardo da Vinci’s drawings possess an extraordinary beauty in themselves. However, L3’s use of today’s state-of-the-art technology allows the master’s works to be appreciated by a wide audience. For the first time in 500 years, we can grasp the true significance of these wonderful designs. And this is just the beginning,” says L3’s team, headed by Mario Taddei, L3’s technical director, one of its chief researchers and a joint curator of its exhibitions 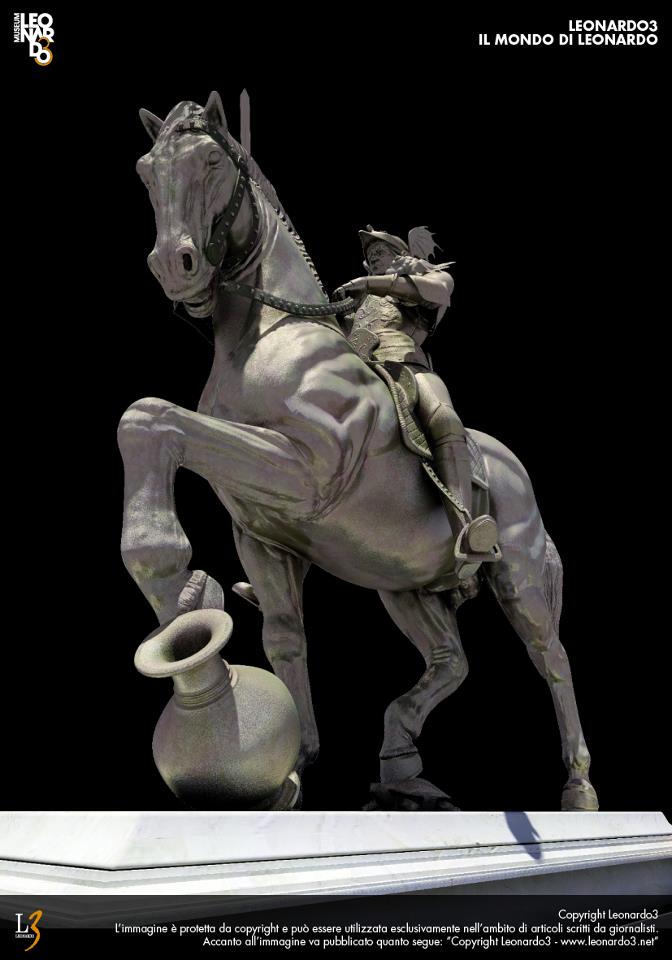 The room dedicated to the painter Leonardo da Vinci captivated with in-depth studies of Leonardo’s many paintings, focusing of 3 masterpieces born in Milan (Leonardo worked in Milan from 1482 until 1499): Gioconda, The Last Supper and the unfinished equestrian monument dedicated to Francesco Sforza. He was commissioned to paint the Virgin of the Rocks for the Confraternity of the Immaculate Conception and The Last Supper for the monastery of Santa Maria delle Grazie.

In the military inventions room, children could rebuild one of the military bridges imagined by Leonardo: the swing bridge, the self supporting bridge, the assault bridge and many more. The projects of bridges of Leonardo da Vinci are explained with exclusive three-dimensional reconstructions, also available in the book Leonardo’s Bridges. 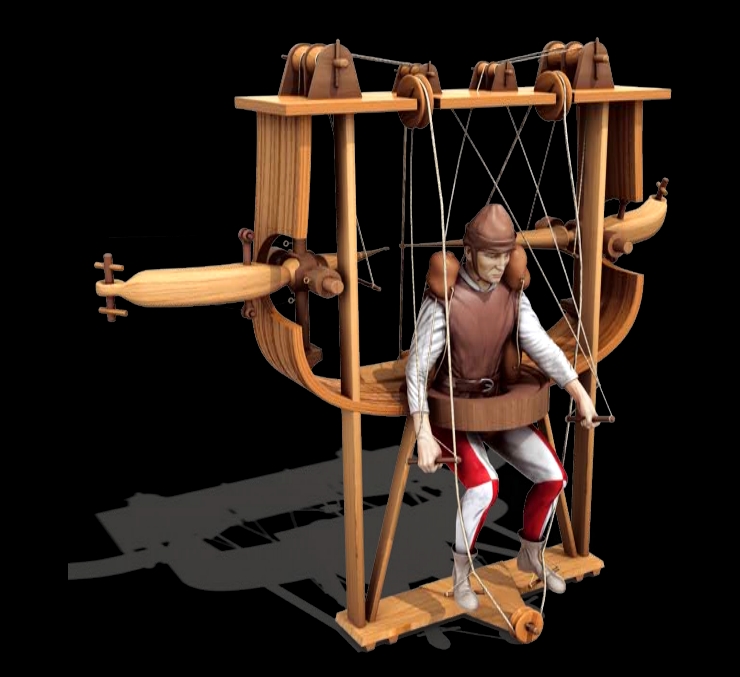 Flying Machine
Leonardo3 researchers have built Leonardo’s “real” Flying Machine – the first in history. Another exclusive for this exhibition. For much of his life, Leonardo was fascinated by the phenomenon of flight. Compiled in 1505, the Codex on Flight by Leonardo da Vinci presents the most important study on flight completed before the 19th century. It features both theoretical and experimental analyses derived from observing birds in flight. 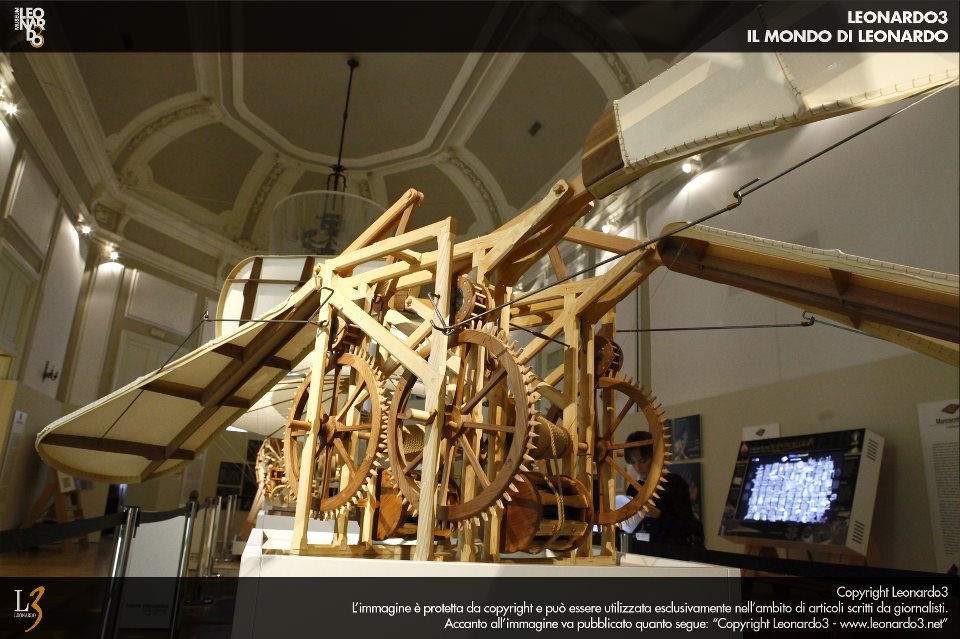 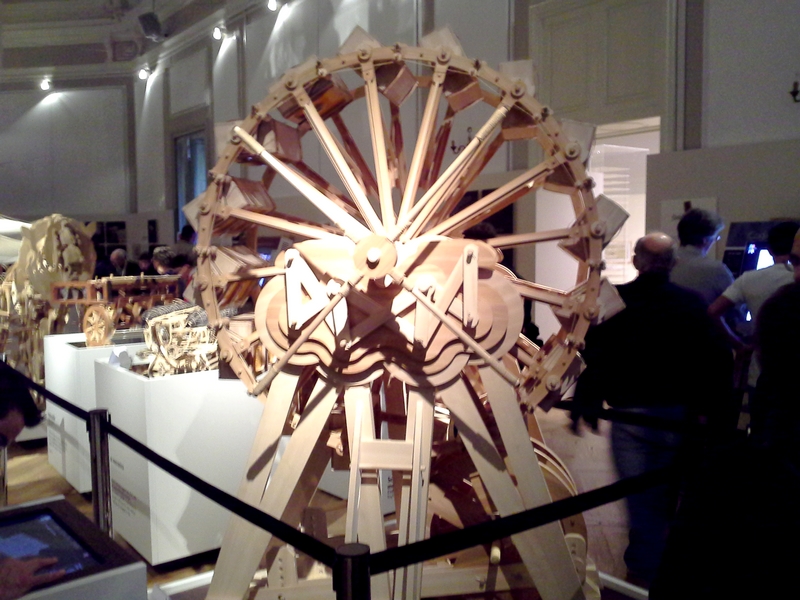 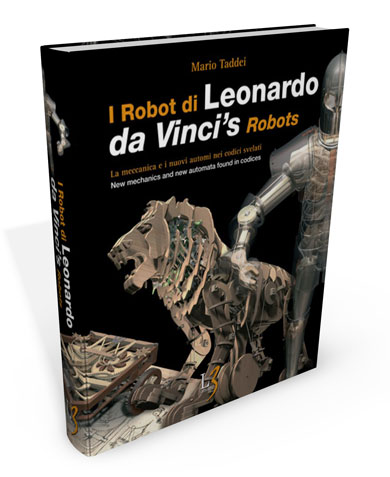 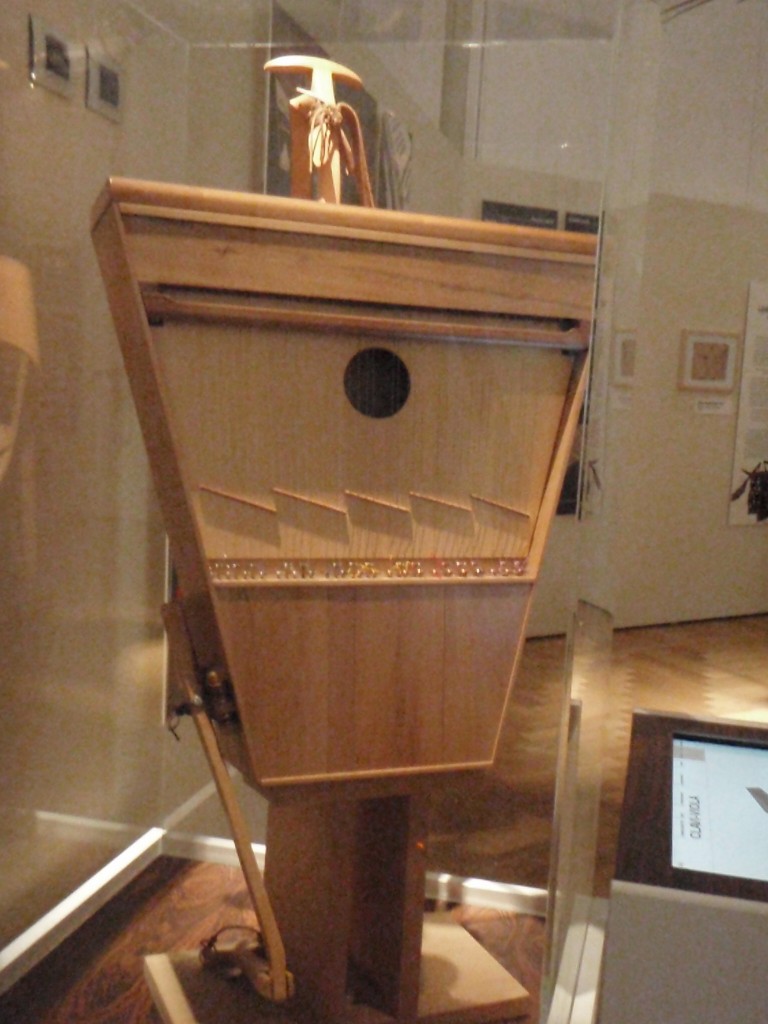 Harpsichord-Viola
A one-of-a-kind musical instrument designed by Leonardo with the keyboard of a piano and the sound of a viola has been reconstructed and played for the first time in history. 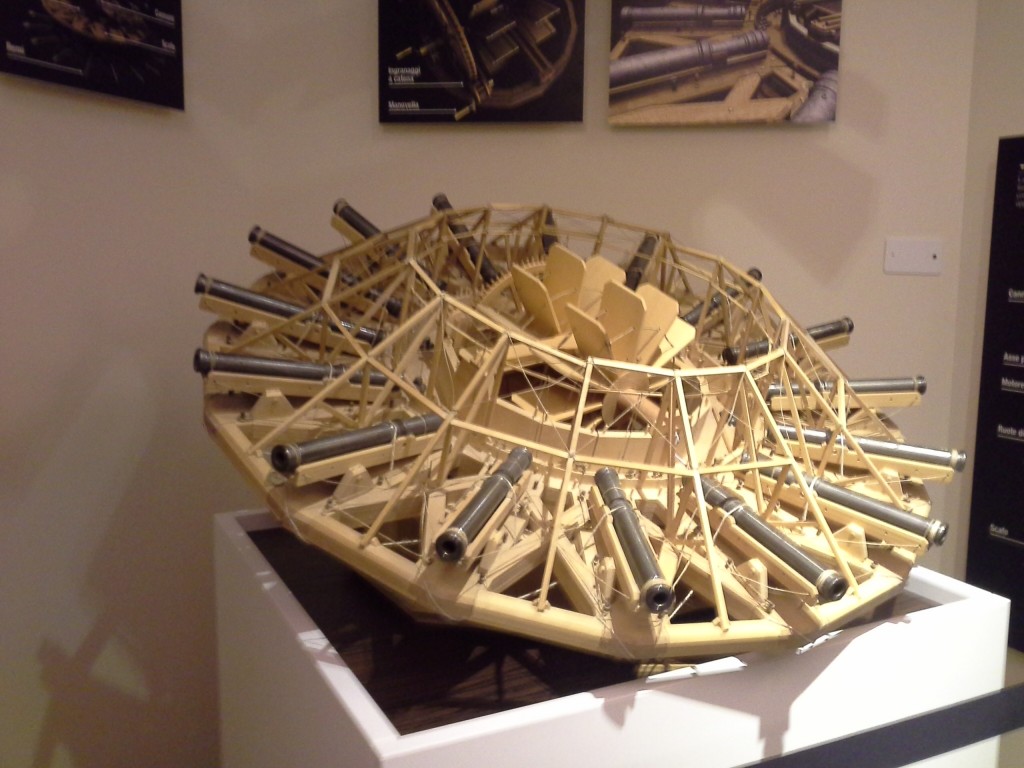 Multi-Cannon Gunship
Before this exhibition, no one had understood or built a model of the design on the first page of this codex. 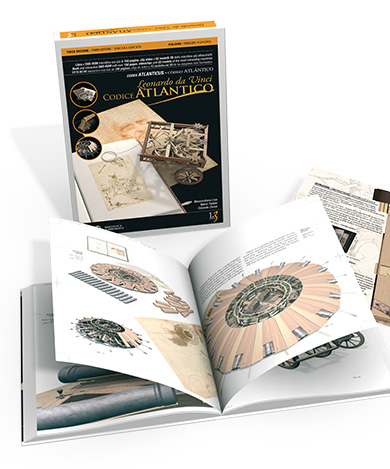 The Codex Atlanticus
Visitors can explore the largest and most important Leonardo codex by turning the pages, looking at detailed close-ups and examining the interactive 3D models of more than 50 machines. 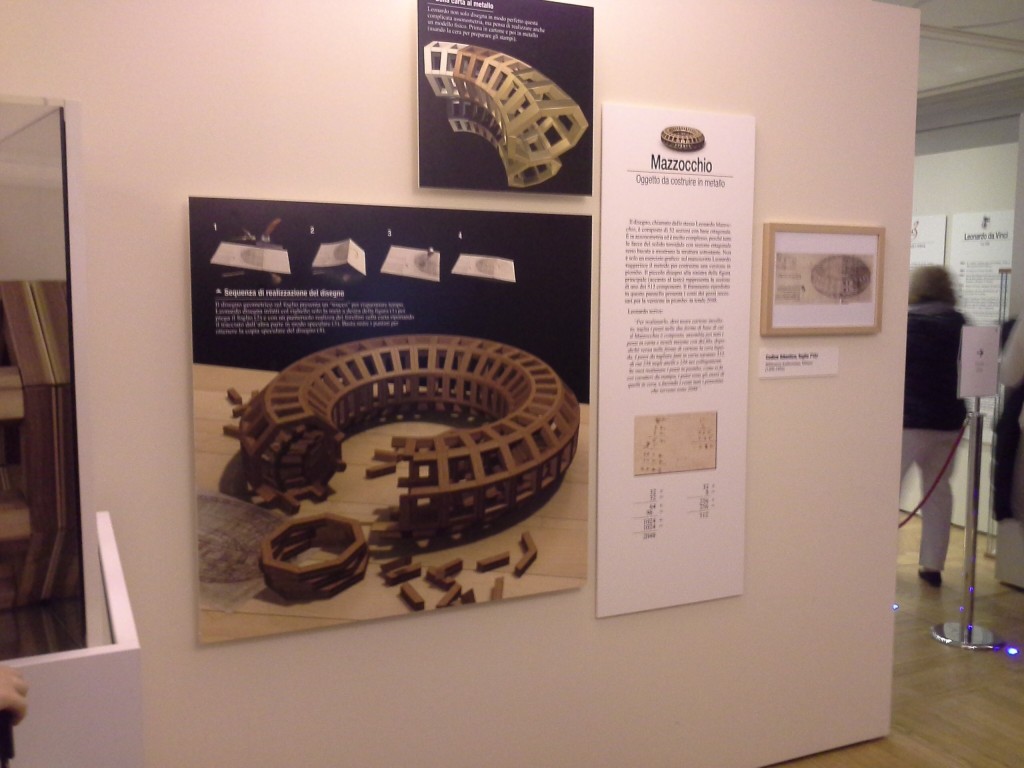 Mazzocchio
A fascinating geometrical drawing from folio 710 a/br of the Codex Atlanticus that was designed to be physically built. Self-Propelled Cart
For the first time in history, L3 has discovered how this design works. The researchers have figured out what Leonardo intended and have built the first working model of the “Cart” in 500 years! 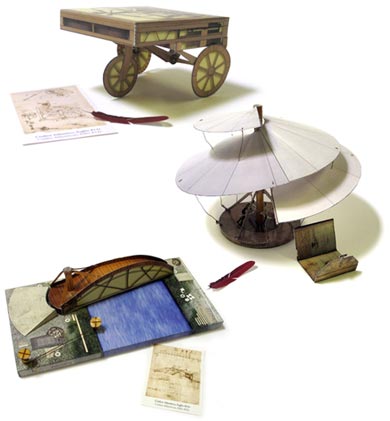 The Aerial Screw
The so-called “helicopter” is an aerial screw operated by four men. Does it really work? 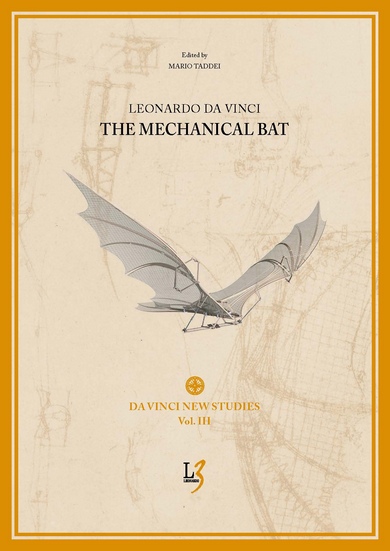 The Bat, the “final” Flying Machine
A worldwide premiere! For the first time in 500 years our researchers have reconstructed Leonardo’s “real” flying glider!
Books, CD-ROMs, DVDs, model kits and posters were available in the Leonardo3’s store. The Book of Secrets in the Results of Ideas was offered in deluxe edition (facsimile + book with transcriptions and interpretations + documentary on DVD and velvet box) – the only facsimile ever produced in the world, with 200 numbered copies priced at Euro 1,200 (facsimile edition) or Euro 5,900 (deluxe edition). The one-of-a-kind manuscript preserved in the Laurentian Library in Florence is the copy of an 11th-century text completed in 1266 and containing designs for 31 extraordinary machines including water-clocks, mechanical “theaters” and war instruments.

Don’t miss the “The Book of the Codex of Flight” – the most important study on flight completed before the 19th century; “Da Vinci ‘s Robots” book with new mechanics and new automata found in codices, and a model kit to build the incredible “car” Leonardo designed. 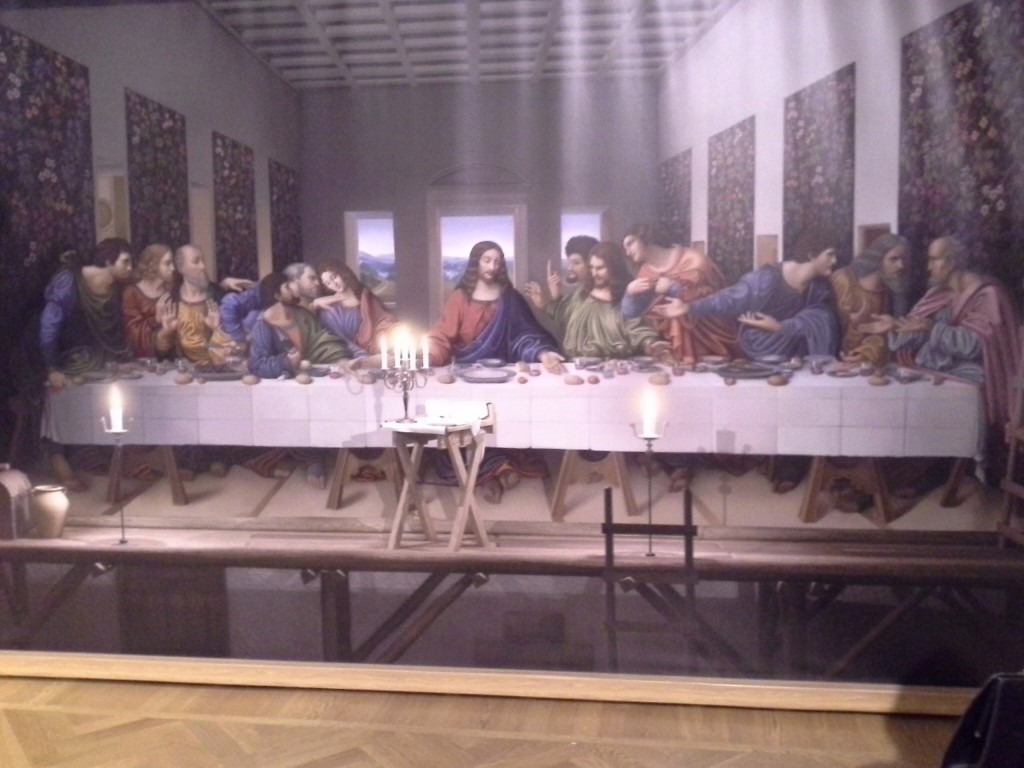 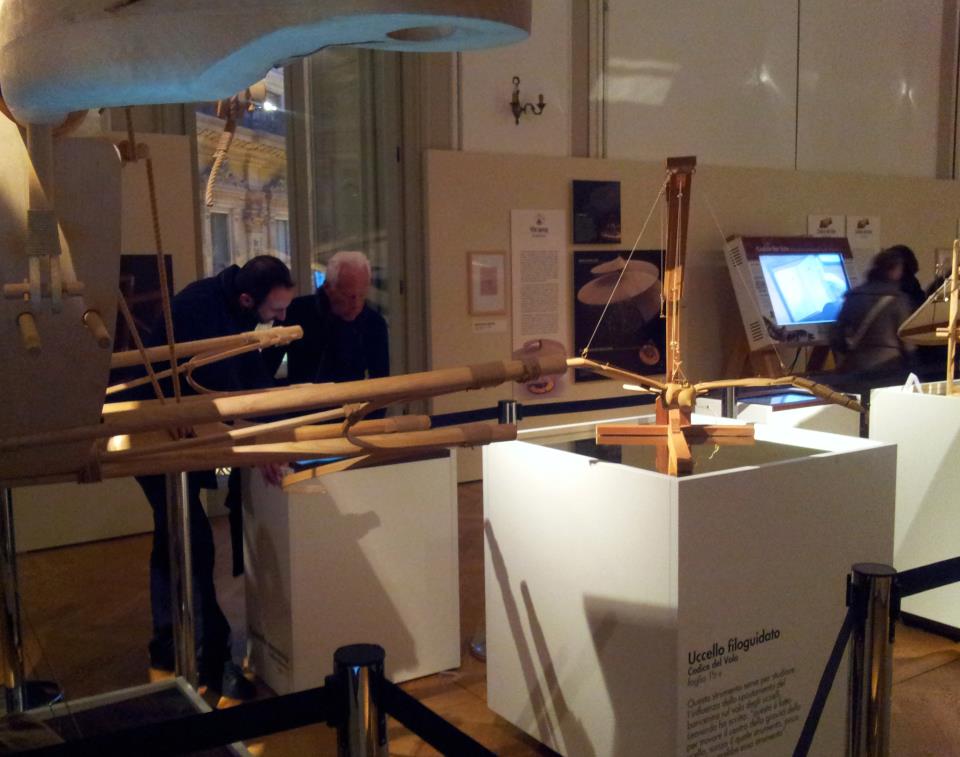 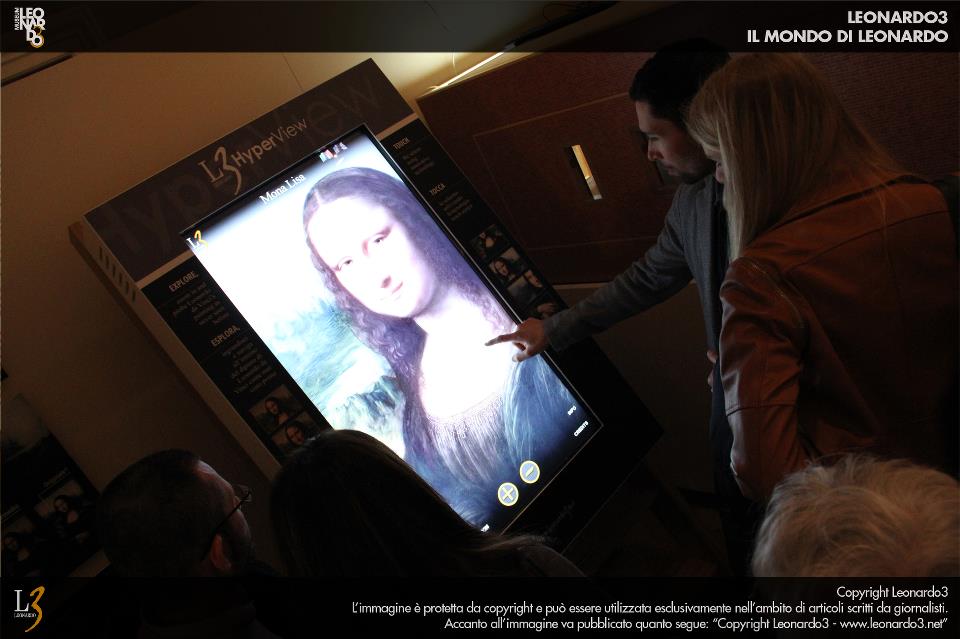