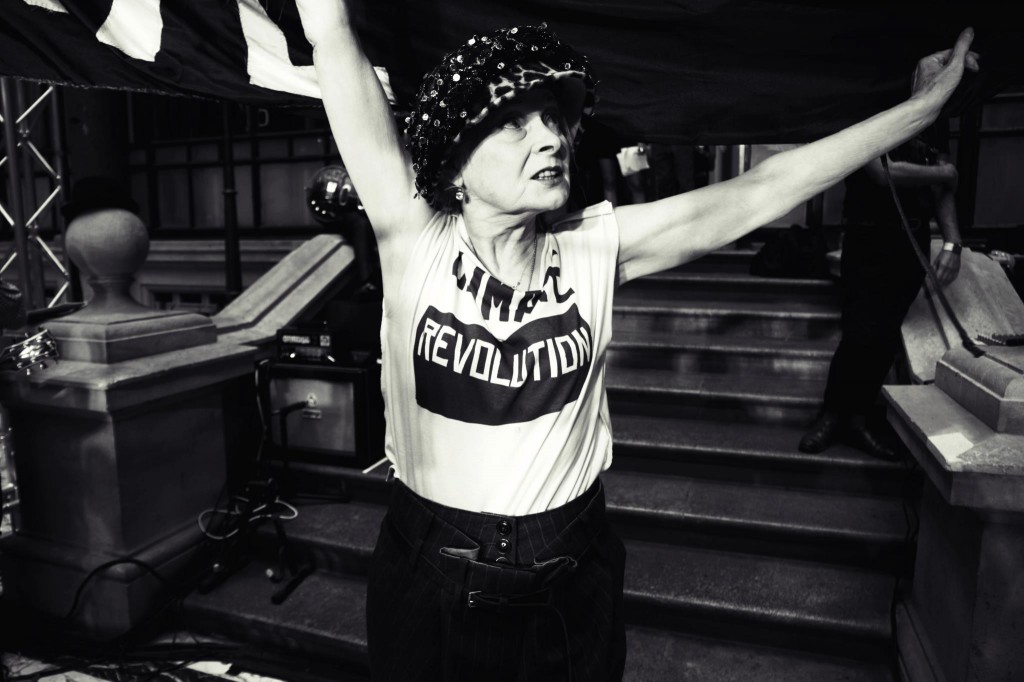 Almost sensible, Vivienne Westwood’s Red Label show at London Fashion Week was the perfect opportunity to unfurl the CLIMATE REVOLUTION banner. Sporting a moustache and a black circle painted round her eye, Westwood presented her punk-edged 2013 spring-summmer collection. The eccentric 71-year-old designer was wearing a t-shirt bearing the same “climate revolution” message while the models’ faces were made up like Andy Warhol prints. There was some disproportion between environmentalist message and the entire “royal gardens” theme show.

“Before we’ve had class war, we’ve had rich against poor, do you know what the division is now? It’s idiots against eco-warriors. That’s it. We need a formal inauguration of the Revolution and a plan of operation. Resist Economic Propaganda Our economic system, run for profit and waste and based primarily on the extractive industries, is the cause of climate change,” said Westwood before the show.