Dolce&Gabbana Menswear Spring – Summer 2013 show pays homage to its Italian roots. Rustic prints were mixed with soft fabrics. Add to this Dolce&Gabbana signature tailoring, an unusual cast, and a Sicilian theme for the entire presentation during Milan Fashion Week on June 23. The young Sicilian male models were accompanied by a Sicilian folk band that played a tarantella. Join Luisa Via Roma  front row at the latest SS 2013 Dolce&Gabbana Menswear show with David Gandy and Scott Schuman. 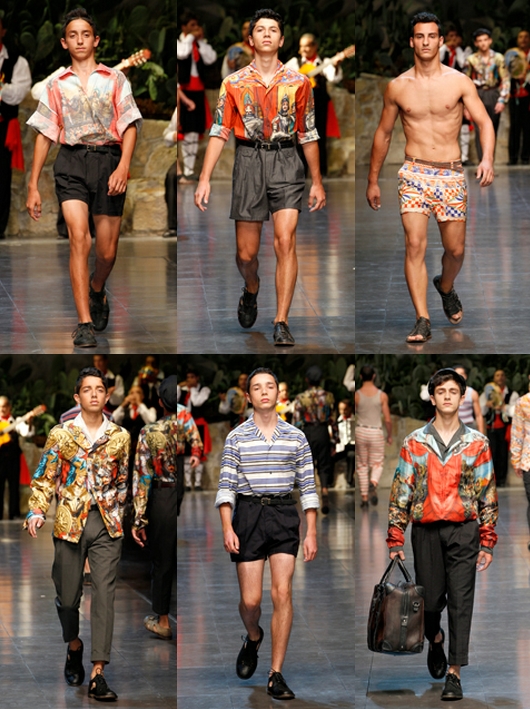