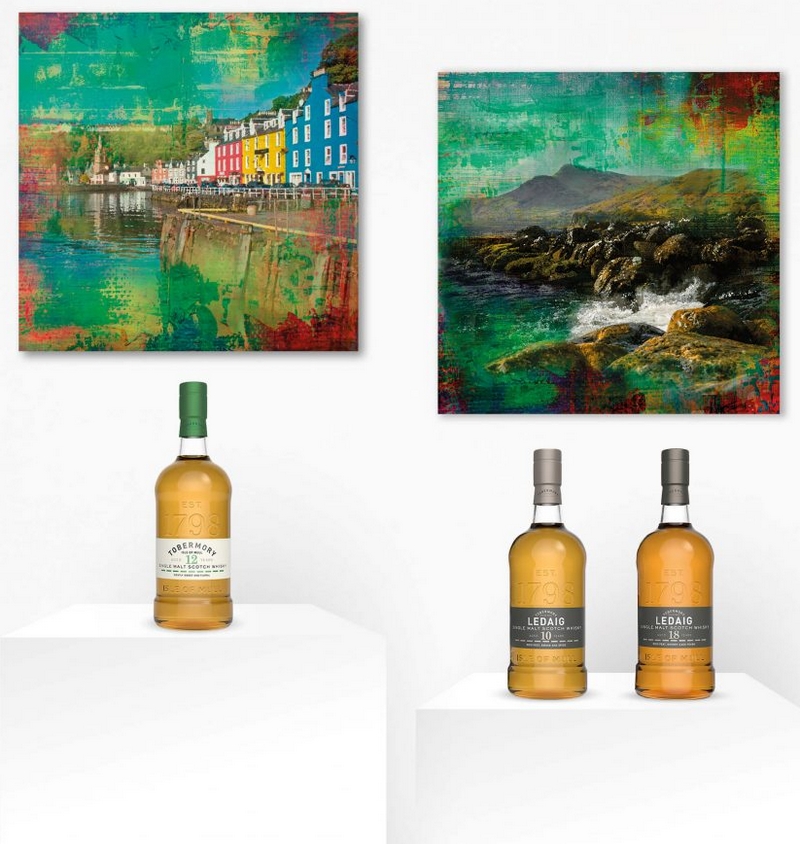 Tobermory has a captivating charm that is simply unique; @tobermorydistillery.com

This article titled “Distilled and delivered: the birth of a new whisky” was written by , for theguardian.com on Friday 24th May 2019 09.47 UTC

Whisky has always had a special power to evoke a sense of place. Such is the intimate connection between the location of a distillery and the whisky it produces that a great single malt has the ability to speak on behalf of where it’s from – conveying a sense of the history and character of its home community.

So it is no accident, then, that the chocolate-box-pretty fishing port of Tobermory, at the northern tip of the Isle of Mull, should produce whisky that lives up to the spirit of the town and the close-knit, creative community that calls it home.

“It’s a lovely town,” says Kirstie McCallum, master blender at Distell International, which owns and produces Tobermory. “All the buildings are painted in these really vibrant colours, and it’s really so pretty. I’d like to think that what we make reflects that vibrancy – all of the different colours and flavour expressions you get with our whiskies.”

And it was with this in mind that the Tobermory Distillery team took a two-year hiatus from production to set about crafting its new signature single malt, Tobermory 12 Year Old. “The colourful palate of spice, fruit and gentle sweetness found in Tobermory 12 reflects the expressive culture on Mull,” says Julieanne Fernandez-Thomson, blender and spirit quality analyst at Distell.

McCallum says the Tobermory 12 Year Old is all about celebrating the town and those who live there – including local artists such as John Archbold – along with the natural beauty of the Isle of Mull and Tobermory itself.

“Every distillery is totally different,” says McCallum. “So you get different characteristics depending on where it was made in Scotland; if a whisky is peated or unpeated, the kind of water they use and all that sort of thing.”

“The subtle saltiness found in Tobermory 12 reflects the harbour waters at Tobermory, which give it a uniqueness in comparison to whiskies distilled elsewhere,” says Fernandez-Thomson.

“The shape of the still is a major influence on the character of the whisky produced,” she adds. “The stills at Tobermory are lantern-shape, with steeply inclined lyne arms – meaning that there is increased reflux in the still, producing a light and fruity character I haven’t found in any other whisky,” she says.

Related: Whisky business: how do you drink yours?

Like all Tobermorys, the 12 Year Old is unpeated and matured in ex-bourbon casks, although the natural peatiness of the water on the Isle of Mull does lend a hint of smokiness to its finish, offsetting the vibrant fruit and spice of its palate. Nor is it run through the chill-filtration process that many other distillers employ in making their single malts – which removes certain compounds from the whisky to give it a clearer appearance.

“For me, Tobermory is unique because of its lovely, orangey citrus note – and the Tobermory 12 has a beautiful combination of that citrusy note, with overtones of fresh wood and caramel,” she says, adding that Tobermory’s decision not to use chill filtration is part of what gives its whiskies their individual flavour profile. “It’s also what gives it that lovely, cloudy haziness when you open it up with a touch of water,” she adds.

But, like all great malt whiskies, a tipple of 12 Year Old is as much about the company, the setting, the food you accompany it with and the overall experience as it is about tasting notes and the distilling process, McCallum stresses.

“Whisky is just such a social drink,” she says. “It’s a really inclusive drink. It’s something you can sit down and talk about with people – it’s something that brings people together.”

As food pairings for single malts go, there are few better matches than Tobermory and fresh seafood, according to McCallum.

“You don’t get much more coastal than Tobermory,” she says. “The Tobermory 12 I’d say is just beautiful with oysters and scallops and other shellfish. It also goes fantastically with smoked salmon, because of the lovely oakiness you can pick up. Fernandez-Thomson, meanwhile, suggests a match with Burns Night classic chicken balmoral – chicken breasts stuffed with haggis and wrapped in bacon. “Or for something sweeter it would be delicious with cranachan,” she adds.

As for the ideal time and place to enjoy a Tobermory 12 Year Old, McCallum sets an enchanting scene. “I have to say I think it would be great to enjoy one on a summer’s night over a harbour with some seafood, sitting out with your friends watching the sun go down.”

Sounds like an evening worth a dram or two.

To learn more about the art of the Hebridean distillers visit tobermorydistillery.com