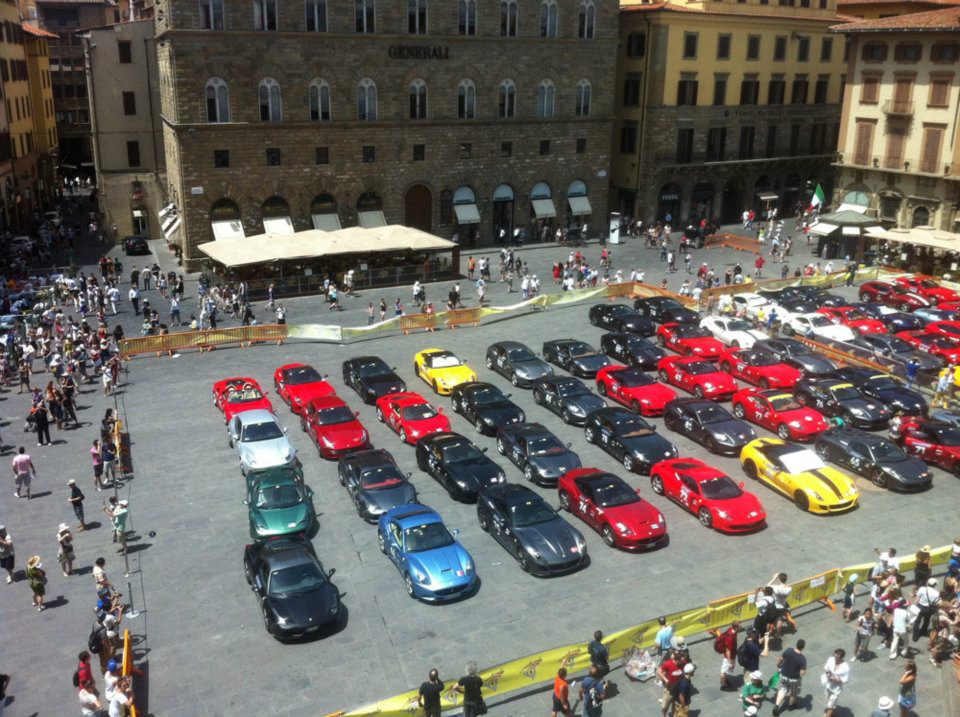 The capital of Tuscany, home of art and architecture, welcomed Italian beauty: the over 110 Ferraris participating in the Cavalcade were on June 30 the main attraction on Piazza della Signoria in Florence. The over 110 Ferraris drove back to Bologna over the Futa and the Raticosa pass, the route of the legendary Mille Miglia.

After a break and a visit of one of the most beautiful cities in the world the cars drove back to Bologna over the Futa and the Raticosa pass, which was the decisive stage of the Mille Miglia in the 1950s.

“Thanks for coming and taking part in this first ever Ferrari Cavalcade, an event dedicated to all of you, whom we consider not just as collectors and owners, but also as true friends,” proclaimed President Luca di Montezemolo. “This is not only an opportunity to drive your own cars on special roads and on track, but above all to be together. I was strongly in favour of this initiative, which next year will take place in Tuscany and then all over Italy, in such places as Rome and the Amalfi coast in the future. This month of June has been very important for Ferrari, with victory in the Le Mans 24 Hours, Fernando Alonso’s win in the European GP at Valencia and, for the second year running, the title of ‘Best Performance Engine’ going to the aspirated 4.5 litre unit fitted to the 458 Italia and the 458 Spider.”