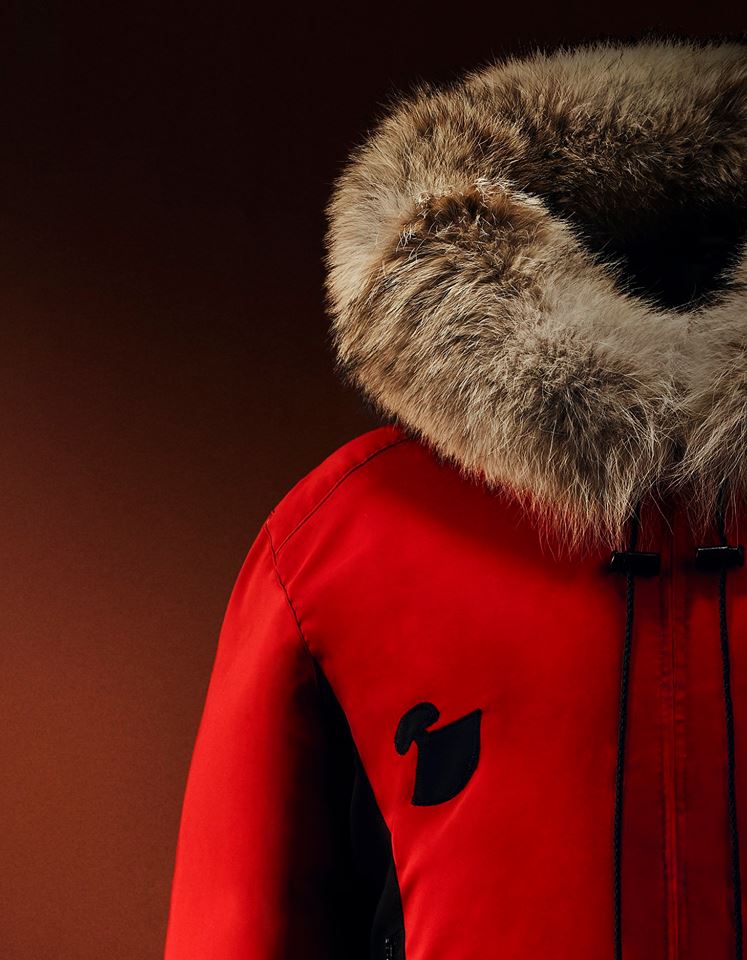 This article titled “Coyote fur is a booming fashion trend. But is it ethical?” was written by Daniel McGraw in Kidron, Ohio, and Dream McClinton in New York, for theguardian.com on Tuesday 19th March 2019 05.00 UTC

Colton Morris, 28, knelt on the concrete floor of a warehouse in rural Ohio, carefully combing the fur on a pile of coyote pelts with a wire brush before putting them up for auction. A sunny but chilly morning greeted him and around 150 other buyers and sellers at the event in the small settlement of Kidron, about 60 miles south-west of Cleveland. There was mink, raccoon, fox and beaver fur on sale. But the biggest draw was coyotes.

The coyote fur trade is booming, largely driven in the US by the fad for Canada Goose parkas, which shows no sign of flaming out.

Related: ‘They’re no different from us’: the woman who follows urban coyotes

The brand shot to prominence when the model and actor Kate Upton wore a white coat on the cover of Sports Illustrated in 2013. The company also handed out freebies to celebrities at the Sundance film festival, and it continues to soar, expanding into China last year. The signature navy blue parka, with coyote-fur-lined hood and distinctive Arctic Circle patch on the sleeve, has become a trendy, albeit controversial, fashion statement, retailing for about $1,200 each. “That’s probably the main thing that’s driving the coyote market right now,” said Dave Linkhart of the National Trappers Association.

As Colton Morris continued grooming his pelts for sale he smiled wryly at a question about cruelty to wild animals for the purpose of fashion.

“People don’t understand how this is an animal like sheep and cattle and chickens, and we manage and use them as a renewable resource,” he said. He sets spring-loaded traps that snap on to a coyote’s leg, checks the traps daily and kills any coyotes caught with a gunshot.

“The ones we’re trapping usually are suffering from various health problems because of big population growth, and we are dealing with their suffering in a very humane way,” he argued.

Morris works as an emergency room nurse in a southern Ohio hospital. The coyote trapping, out in the plentiful woodlands of the region, is a side-earning hobby.

Bidding was brisk at the auction and Morris finished the day with a net profit of $1,000 on his 60 pelts, he calculated, after the cost of commission and buying the traps.

Coyotes are hot. It’s all due to the trim trade

“I’ve been doing this since I was 12 years old. I love the challenge. I treat the animals with respect, and make a little extra money for that effort,” he said.

Trappers like Morris are also hired by homeowners’ associations, farmers and ranchers to kill coyotes, in efforts to protect family pets or livestock from the common predator. Until recently, the resulting coyote fur was not normally valuable enough to sell. But the popularity of Canada Goose has changed that.

The pelt of a coyote from the eastern US typically fetches between $5 and $40 at auction. Quality of fur, abundance and the number of trappers hunting the animals, which has been increasing as the popularity of fashion fur trim has risen, influences prices. From the western US, especially states such as Montana, the silkier, paler pelts easily fetch two or three times at auction what an eastern US coyote does. Prices at auction are estimated to be up 25% from a year ago and 40% from four years ago.

“Coyotes are hot,” said John Hughes, a buyer at J&M Furs in Roundup, Montana. “It’s all due to the trim trade.”

Linkhart added: “Now we have a resource that has some value, that’s being harvested.”

Animal protection advocates vehemently disagree with the trade and with arguments that wild coyotes are a “harvest” or benefit from trappers thinning their population.

“That’s rubbish,” said Brooks Fahy of Predator Defense, a group that advocates for the “peaceful co-existence” of humans and wild animals in the US and reminds supporters on its website that the Navajo traditionally revered coyotes as “God’s dog”.

“The fur is used exclusively as a fashion statement. It’s not necessary,” Brooks continued. “If [Canada Goose] wanted to be honest about their product, they should have a tag on the jacket, showing a coyote in a leg-hold trap or a neck snare.”

People for the Ethical Treatment of Animals (Peta) has long called for a consumer boycott of Canada Goose parkas, for the sake of the goose providing the down and the coyote providing the fur, and the campaign group condemns the chain from trappers, middle-men and manufacturers to the buying public.

But the arguments are falling on deaf ears. Canada Goose just reported 2018-19 third-quarter revenues up 50% from the corresponding quarter the year before, to $300 million. The company’s chief executive, Dani Reiss, said in a statement that it was shaping up to be another year of “impressive results” for the company, according to a business report last month.

The young, hip and prosperous were sporting them everywhere on the streets of New York City as recent freezing temperatures preceded spring. Canada Goose makes jackets without fur trim, but the coyote-fringed hoods are popular.

Garrison Gibbons, in his early twenties and riding a city subway train in his parka, said he had bought it on a whim with gambling winnings, as a “luxury item”.

The human resources worker said he needed cold weather gear when he moved to New York from his native Mississippi, while admitting the jacket was “definitely a status symbol.”

“Growing up in the south, I was very anti-hunting. I grew up on the animal-friendly side and I’m definitely against animal cruelty. But moving to the city and dealing with the cold … I ultimately kind of got over that,” he said.

At a Chick-fil-A food outlet in midtown Manhattan, meanwhile, twentysomething Andrea Parker gestured from her jacket towards the menu, comparing wearing her garment to consuming chicken or beef.

She shrugged. “I guess I feel the same way as if I were to eat animal products or wear leather. It’s just the same kind of thing,” she said.