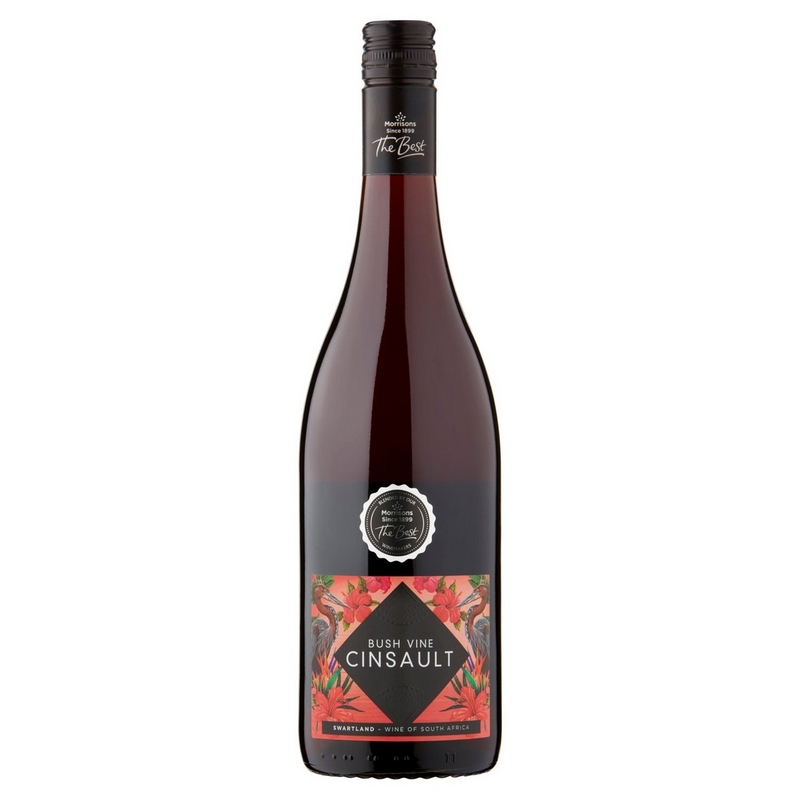 This article titled “What does colour tell us about wine?” was written by David Williams, for The Observer on Sunday 1st November 2020 06.00 UTC

Morrisons The Best Bush Vine Cinsault, Swartland, South Africa 2019 (£8.25, Morrisons) How much can you tell about a wine’s flavour just by looking at its colour? Generally speaking, there are enough clues in its appearance to give you a pretty good idea. In red wine, for example, an opaque, deep, dark purple will lead you to expect what you will, nine times of ten, get when you take a sip: a richly flavoured, thickly textured, highly alcoholic wine. The opposite – pale red, translucent – suggests elegance, freshness, lightness of flavour and alcohol. But it doesn’t always work out that way. I’ve been caught out a few times by wines made from the currently fashionable (after years in the wilderness) cinsault grape variety in South Africa, such as Morrisons’ very attractive example: these are often attractively glassy and ruby-red in appearance; they may well have a red fruited cast to their flavours too, and a supple weightless drinkability. But they’re not light as such, and at 14.5%, they have a hidden alcoholic power.

La Gitana Manzanilla, Spain NV (£11.99, Waitrose) A lot of the old preconceived notions about appearance in wine are changing, with the once rigidly policed divisions between red, rosé and white seemingly dissolving. Many modern rosés are so pale (and their flavours so light) they may as well be white. A number of the more interesting reds being made in the natural wine scene look more rosé than red. And then there are orange wines – such as Rigal Vin Orange 2019 (£10) a fun new addition at Morrisons from 25 November – which are really dry white wines, in that they’re made from white grapes that have been left in contact with their skins for an extended period during the winemaking process, giving them the tannic bite of a red and their own cast of herby, spicy flavours. Finally, there’s the lighter end of fortified wines: a glass of fino or manzanilla sherry, looks just like a straight dry white wine – and, frankly, with its salty-refreshing style, it works just as well washing down a plate of garlicky prawns.

Tesco Finest Sauternes, Bordeaux, France 2015 (£12, 37.5cl, Tesco) Although I should know by now that looks can be deceiving, the old expectations when it comes to wine are hard to break. Certainly the first time I tried an orange wine, I was pleasantly confounded by the flavours and textures in much the same way diners in restaurants of a molecular gastronomic bent are bewildered by that olive repurposed as a strawberry or hot ice cream or what have you. I was expecting sweetness, certainly, but also stone fruits, maybe some tropical flavours, and a viscous mouthfeel. Which was fair enough really given that up to that point all the wines I’d tried with anything approaching the same tint would have been sweet wines. Even now, some hardwired part of me expects the range of flavours – marmalade, crystalised fruit, toffee, apricot – you can find in the gorgeously sticky but balanced style dessert wine made from late-harvested, nobly rotten grapes such as Tesco’s completely delightful Sauternes.