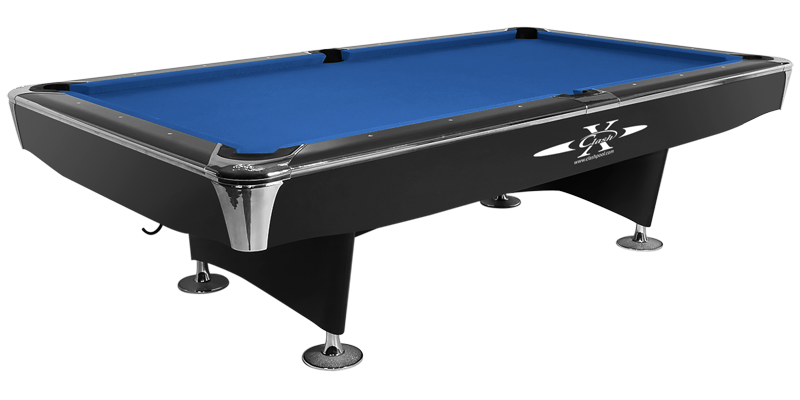 A billiard table created in the Netherlands, a model of which graces the royal palace of HH Sheikh Ahmed Bin Rashid Al Maktoum, CEO and Chairman of The Emirates Group and Chairman of Dubai World, was on display at the Big Boys Toys 2012 show in Dubai.

Clash X is also the official playing tables for the German National Championship till 2014. Clash X is the first table in the world to have steel frame and to use the FST (Flat Slate Technology).

The table is equipped with galvanized dismountable steel frame, snap and bolt system for easy assembly. Frame is supplied with exclusive “TX-system” which guarantees extreme rigidity over time. 25 internal levelers are provided for easy outlining of the slates.