Bugatti Chiron celebrated its debut in France at the 24 Hours of Le Mans. Reaching a speed of 380km/h during the parade lap the Chiron was faster than the fastest race car. 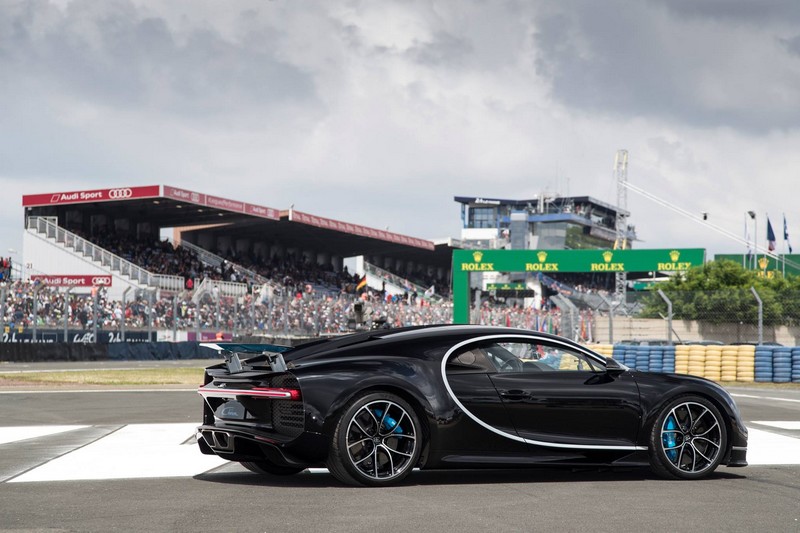 French super sports car manufacturer returned to the scene of its greatest racing triumphs. Eight decades have passed since Bugatti’s great wins at Le Mans 24-hour races in 1937 and 1939. In honour of the endurance race, Bugatti sent its latest model, the Chiron, to the “Circuit des 24 Heures”. Bugatti won the 24 Hours of Le Mans twice. In 1937, Jean-Pierre Wimille and Robert Benoist in a Type 57G Tank were the first to cross the finishing line.

The Chiron reached a speed of almost 380 km/h and was as a result faster than the fastest race car of the weekend. The day before, the 1,500 PS supercar excited thousands of racing fans at the drivers parade through Le Mans. Its appearance at Le Mans was the first dynamic presentation of the Chiron in France, following its world debut at the Geneva International Motor show this March. 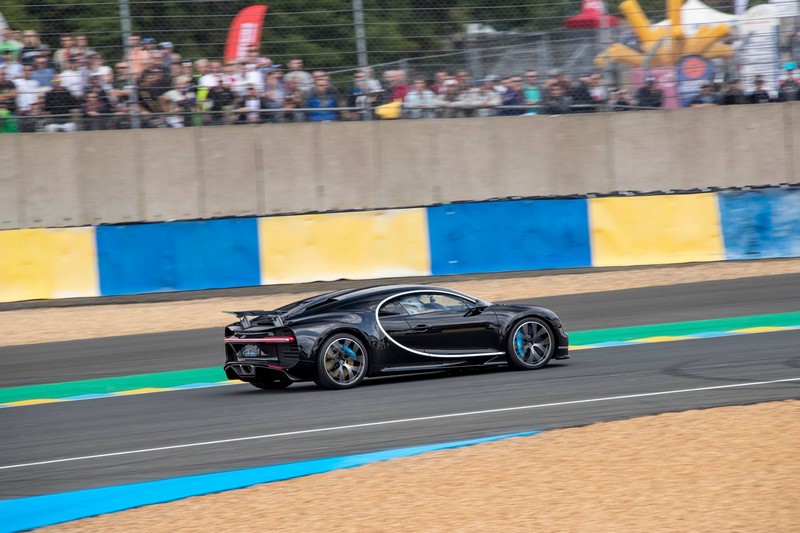 “For Bugatti, there is scarcely a better venue in France for a dynamic presentation of the Chiron than Le Mans,” said Wolfgang Dürheimer, President of Bugatti Automobiles S.A.S. “We feel very close ties to this circuit, where the brand once celebrated sensational racing successes.”

With the Chiron, Bugatti has developed the world’s most powerful, fastest, most luxurious and most exclusive production super sports car. With a power output of 1,500 PS, unprecedented for a production vehicle, torque of 1,600 Nm at 2,000 to 6,000 rpm and many technical innovations, the Chiron sets standards in every respect. Its maximum speed, limited for road use, is 420 km/h. The Chiron is being produced in a limited series of 500 cars. Currently, orders for more than 200 vehicles have already been received. The base price is €2.4 million. The first vehicle is due to be delivered to a customer in the autumn of 2016.

Recently, Bugatti opened the fourth Bugatti dealership in Europe with a completely re-designed showroom at the dealer’s headquarters on the “auto mile” in the Düsseldorf. The showroom concept in the district of Flingern gives visitors an opportunity to experience the Bugatti brand values of Art, Forme, Technique and the flair of the company’s headquarters at Molsheim in Alsace. Customers are also able to configure their new Bugatti. 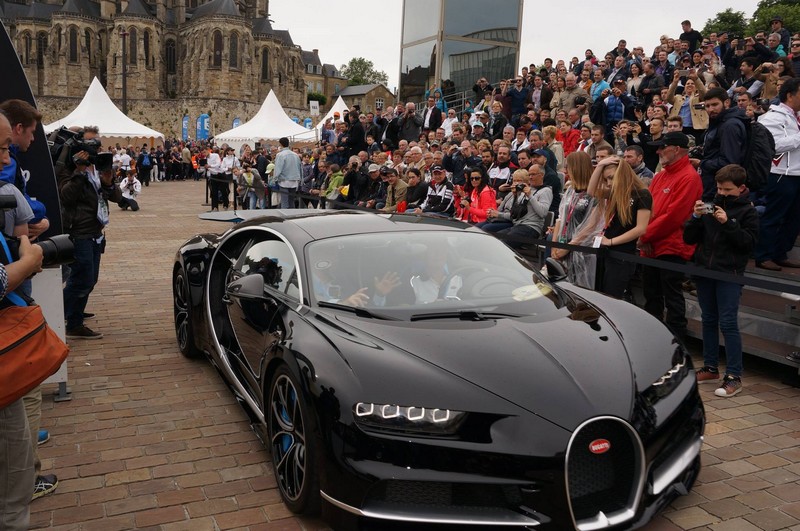 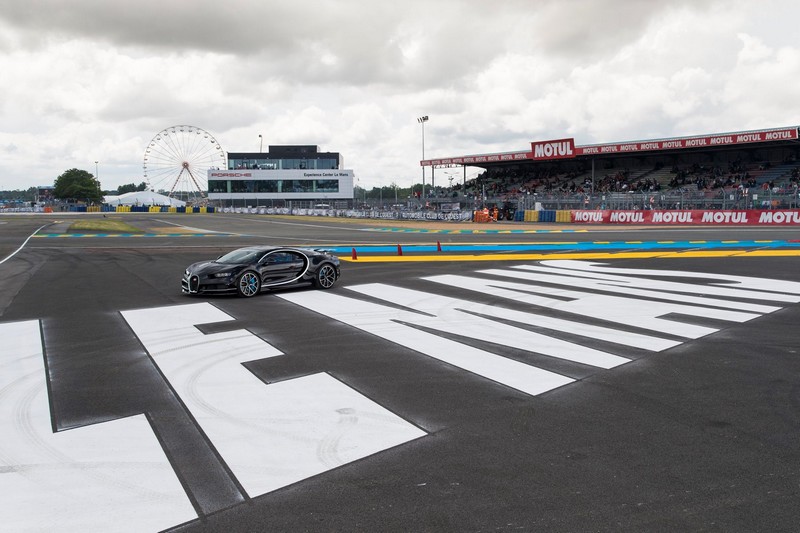 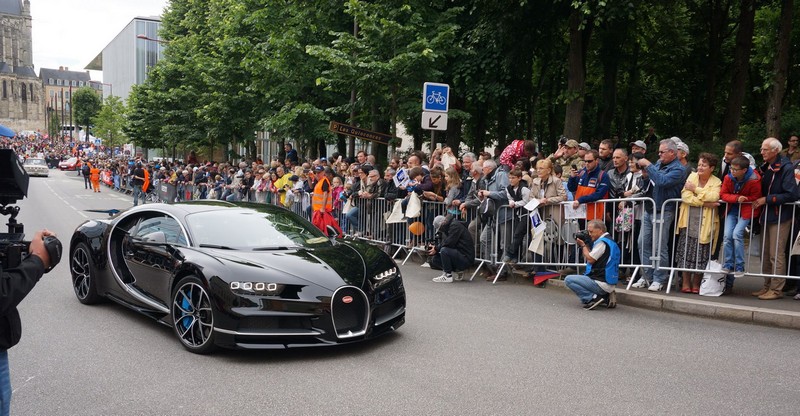 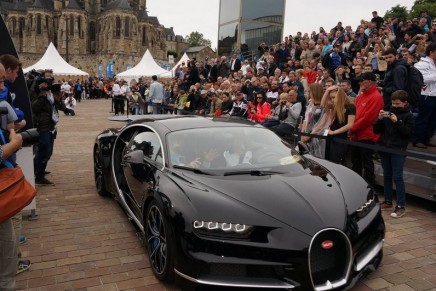 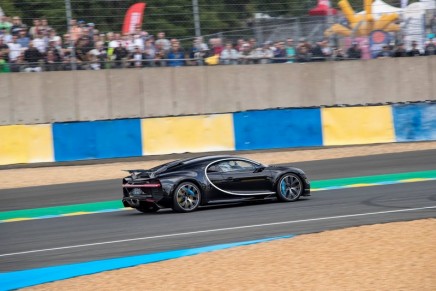 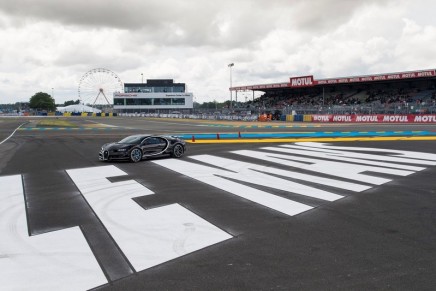 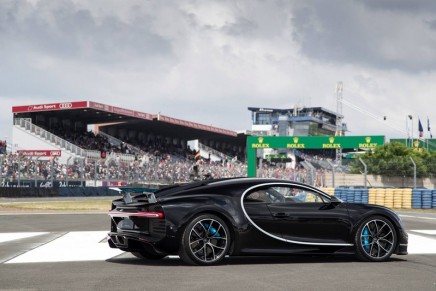 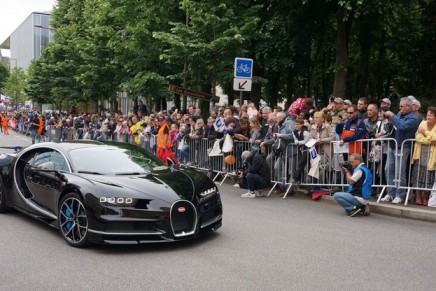