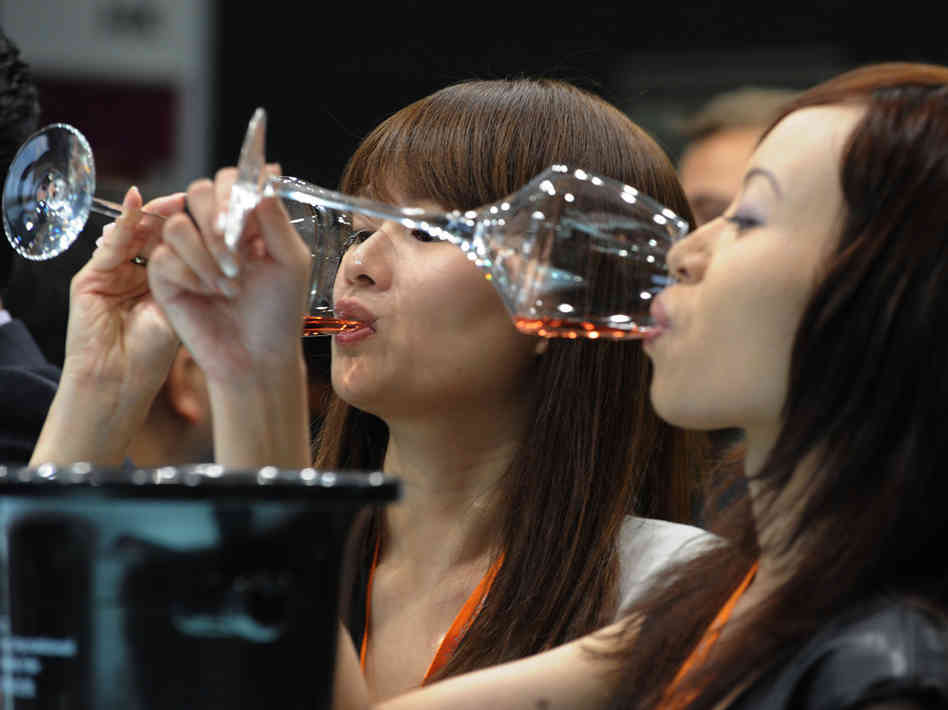 This article titled “China becomes biggest market for red wine, with 1.86bn bottles sold in 2013” was written by Kim Willsher in Paris, for The Guardian on Wednesday 29th January 2014 15.39 UTC

The Chinese appear to have beaten the French at one of their own favourite pastimes – quaffing red wine. China’s drinkers knocked back 1.86bn bottles of vin rouge last year, an increase of 136% over five years, making the country the leading market for red wine.

However some experts say the boom, which has led to increasing interest from Chinese buyers in French vineyards, is more a matter of cultural sensibilities than taste.

The colour red is considered lucky in China and is also affiliated with the Communist government, while white is associated with death and is predominantly seen at funerals.

France, where consumption of red wine is dropping, was in second place in this league, followed by Italy, according to the latest figures compiled by the London-based company International Wine and Spirit Research.

The US remains the world’s biggest market for all colours of wines, said Vinexpo, the Bordeaux chamber of commerce organisation that commissioned the study.

“Apart from the healthy aspect in comparison to the excessive consumption of rice wines, the success of red wine [in China] is largely down to the symbolism of its colour,” said a Vinexpo spokesperson. “Red is a very positive colour in Chinese culture and is synonymous with wealth, power and luck. In the business world these three values are fundamental, therefore red wine is often found in banquets to seal partnerships. And red is also the colour of China.”

Guillaume Deglise, Vinexpo’s new chief executive, said: “White is the colour of death. So you don’t want to drink that, and why would you?”

He said though that as the Chinese market matured he would expect white wines and champagne to become more popular.

In trade terms the Chinese consumed 155m nine-litre cases of red wine, compared with 150m cases in France and 141m cases in Italy.

Demand for red wine in China has grown steadily since the mid 2000s and today’s sales figures are more than 175% higher than those for 2005. During the same period red wine sales dropped by 18% in France and by 5.8% in Italy.

Researchers believe that drinkers in the Asia-Pacific region will be polishing off more than 4bn bottles of different wines a year by 2017.

Economists see Chinese drinkers’ growing taste for wine as evidence of the creeping westernisation of the country. Wine was once the prerogative of government and party officials and wealthy businessmen. State clampdowns on corporate excesses have forced drink companies and wine-makers to look for new customers among the urban nouveau riche.

Last year the auctioneer Christie’s opened the world’s first estate agency for wealthy Chinese who like wine so much they want to buy the vineyards.

In 2012 Christie’s sold more than £23m worth of wine at nine sales in Hong Kong.

China is now the fourth largest export market for French burgundy producers behind Japan, Britain and the US.

Overall, Americans remain the world’s most prolific consumers of still and sparkling wine, drinking nearly 325m nine-litre cases in 2012, followed by France with just over 303m cases, and Italy with about 297m. Germany is in fourth place with 278m cases, then China with 172m and the UK with 135m. The top 10 is completed by Argentina, Russia, Spain and Australia.

The view from Beijing

The stereotype of a Chinese wine drinker is the businessman easing into a deal, probably with an official, over a bottle of Chateau Lafite, its label prominently displayed.

But the austerity and anti-corruption drive of the Chinese president, Xi Jinping, has led to a marked decline in conspicuous consumption and sales of high-end wine.

Ma Huiqin, who has run lessons in wine tasting for 10 years and last year tutored more than 400 students, said that few distributors expected pricey wine sales to pick up soon. Instead, growth was likely to come at the lower and middle end of the market.

“When I started teaching, only a few people would have tasted wine. When you asked about tastes they would say sweet and sour,” she said. “Now more than half have experienced wine before they come to my class.”

But Ma, who is also a microbiologist at China Agricultural University, and an expert on wine marketing, noted that figures overestimated actual consumption because distributors and retailers held large amounts of unsold stock.

She said: “For most Chinese it is still an occasional commodity, mainly for holidays. There will be more consumers, but they are occasional consumers.”

A good example is Ms Xue, who works for a wine company in Hebei province, receives six free bottles a year, enjoys red wine and believes it is good for her health. Even so, she does not drink often. “Maybe during the festivals,” she said.

Boyce said: “The average is [about] one bottle a year per person. But the scale of China makes it a huge market.”

Reds have long dominated the market and about 70% to 80% of sales were of Chinese wines, or those made from a blend of Chinese and imported wine, he said.

While Chinese wines did previously have a poor reputation, the Changyu Moser XV was one wine he would definitely recommend, he said.

• This article was amended on 31 January 2014. The earlier version referred to “1,865bn bottles” where it should have said “1.86bn bottles”, and gave incorrect figures for total wine consumption by various countries in 2012.