The shoes are the story, and the stories are in the shoes.
Once the domain of a dedicated core of collectors and connoisseurs scattered in select U.S. cities, the culture of sneaker fashion has exploded to become a worldwide phenomenon, a new universal language of cool. 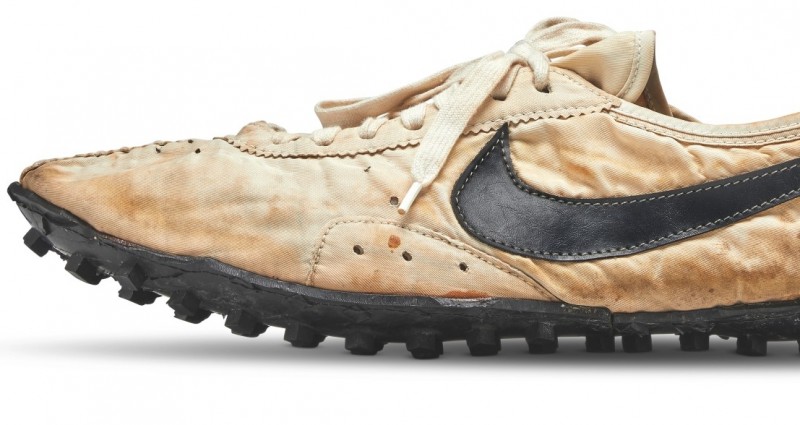 Sotheby’s and Stadium Goods announced that all but one of the rare sneaker pairs on offer in Stadium Goods: the Ultimate Sneaker Collection have been privately acquired for $850,000.

99 of the 100 rare sneakers up for auction in Stadium Goods: the Ultimate Sneaker Collection have been acquired in a private sale. The remaining lot, the 1972 Nike Waffle Racing Flat ‘Moon Shoe’ , remained open for bidding until 23 July at 2:00 PM EDT.

Founded in 2015 with deep roots in the history of that culture, Stadium Goods is the world’s premier marketplace for coveted footwear. Unique to Stadium Goods is the “Trophy Case,” the greatest public collection of rare sneakers anywhere, a selection of items that have attained “grail” status, the rarest of the rare. From designs by leading fine artists and musicians to genre defining and genre-disrupting collaborations from the greatest athletes of all time, this is the ultimate sneaker collection, presented in the first ever auction of its kind.

Nadal is a highly-regarded entrepreneur, philanthropist and collector of classic cars; he plans to display his new collection of rare sneakers at his private museum, the Dare to Dream Automobile Museum in Toronto, Canada.

“I’ve always been an admirer of sneakers but I didn’t know much about it,” told theguardian. “I thought this was, in one fell swoop, the opportunity to have a world-class collection that I could build upon over the next 25 years.”

“I am what I would call a SHIT,” he joked. “A sneakerhead in training.”

One pair eluded his grasp, however, notes theguardian. The prize of the bunch, a 1972 Nike Waffle Racing Flat Moon Shoe, has been set aside to continue to auction, with bids starting at $80,000. Nadal said he plans to bid on those sneakers as well.

In the meantime, all 100 of the sought-after sneakers continued to be on display to the public at Sotheby’s New York headquarters until the auction’s end-date.
The Nike “Moon Shoe” is one of the most significant artifacts in the history of the multi-billion dollar athletic brand. One of only a handful of pairs known to exist, the present pair is a handmade running shoe designed by Nike co-founder and legendary Oregon University track coach Bill Bowerman. As the famous story goes, Bowerman was first inspired to create the innovative waffle sole traction pattern found on the brand’s early running shoes by tinkering with his wife’s waffle iron and pouring rubber into the mold to create the first prototype of the sole. Made for runners at the 1972 Olympic Trials, only about 12 pairs of the Moon Shoes were created, with even fewer still remaining today. The sneaker is the only pair known to exist in unworn condition. 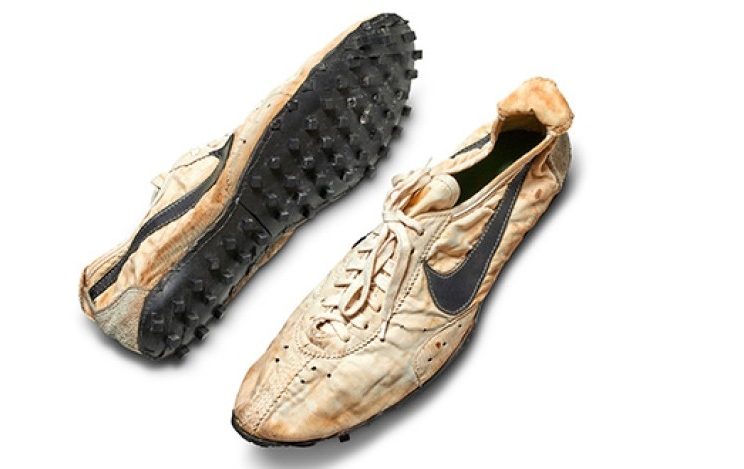 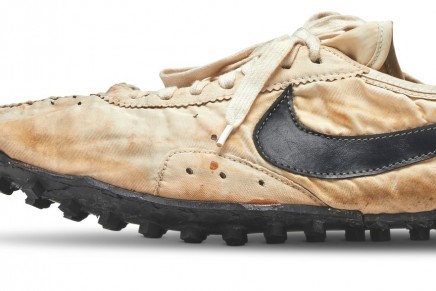 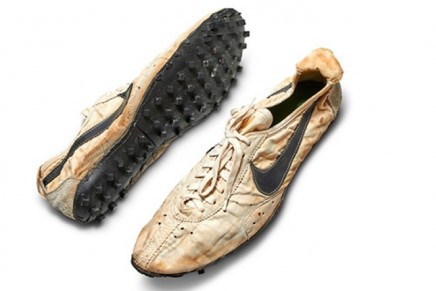