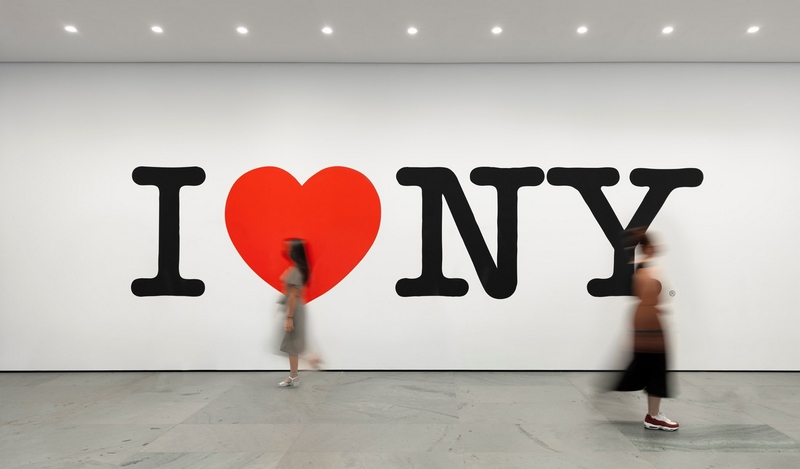 This article titled “‘You can sit with the art’: MoMA reopens with social distancing precautions” was written by Victoria Bekiempis in New York, for theguardian.com on Thursday 27th August 2020 21.03 UTC

Those markings on the floor. Is it art … or is it guidance for social distancing while looking at art?

It’s the latter, of course; these are still Covid times. But masks, odd circles 6ft apart and a mandated lack of the madding crowd could not take away from the significance on Thursday of New York’s Museum of Modern Art (MoMA) reopening.

After five months in compulsory hibernation, the cultural powerhouse in midtown Manhattan opened its doors again.

Just up the street, on Fifth Avenue’s “Museum Mile” that normally draws tens of millions of visitors from around the world, the renowned Metropolitan museum whipped off the dusts sheets on Thursday for members and plans to admit the general public from Saturday.

It is a pivotal moment in the careful return of the beating heart of high art in New York, as these flagships, other museums and galleries and cultural institutions prepare once again to readmit the Netflix, Zoom, reading, sewing and baking-weary public not accustomed to being housebound in the Big Apple.

MoMA’s reopening on Thursday morning, even with reduced hours, marked a shift in New York City’s recovery efforts beyond essential businesses, retailers and outdoor eating and exercise to now include some renowned cultural temples of fine art.

Theaters and other performing arts institutions are still closed.

From 27 August to 27 September, MoMA’s admission is based on “advanced timed ticket only”, which must be secured online, and capacity is capped. Monday visiting times are reserved solely for museum members. There is no admission fee through 27 September, MoMA said on its website.

The American Folk Art Museum opened on Wednesday for members and opens for all on Saturday.

And, downtown in the trendy Meatpacking District on the west side, next to the High Line elevated urban park, the Whitney Museum of American Art is slated to reopen on Friday for members and on 3 September for the public, also with a plethora of restrictions to help prevent the spread of coronavirus.

However, the Whitney ran straight into controversy not even linked to the pandemic, when it was forced to announce that a show scheduled for 17 September was canceled on Tuesday.

Artists of color objected to the museum purchasing their work at a discount, which these artists had sold at a discount specifically in order to benefit racial justice organizations, according to the New York Times.

Back uptown, on the other side of Central Park from the Met and Museum Mile, the American Museum of Natural History will open on 2 September to members and 9 September to the general public.

El Museo del Barrio reopens on 12 September. The Guggenheim Museum reopens to members on 30 September, and generally on 3 October.

Across the bridges, the Brooklyn Museum is scheduled to reopen on 12 September, with timed tickets permitting entry every 15 minutes.

Michael Alexis, an owner of Museum Hack, a company which leads “renegade museum tours” in major cities, said these institutions are staffed with “some of the most detailed, organized, structured” people. Because of this, Alexis believes they can reopen museums safely.

Reduced capacity, Alexis pointed out, might offer a better experience and calming atmosphere, whereas top museums are often congested.

“They’re going to be quieter,” he said. “This might be a time when you can enjoy an entire gallery to yourself, you can sit with the art.”