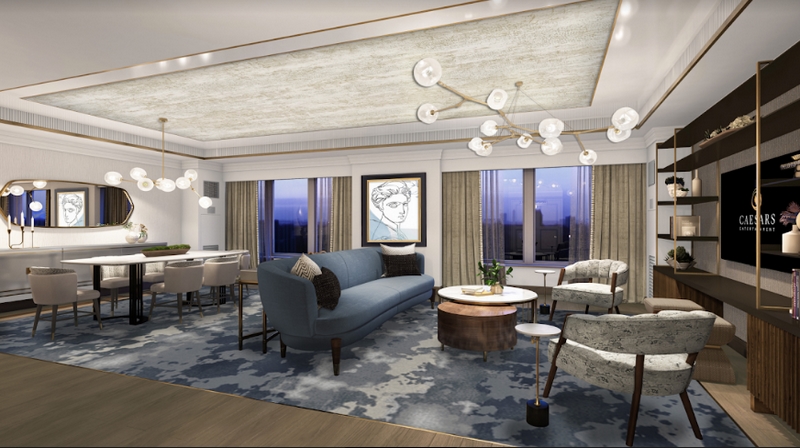 The plans include remodeled room towers; freshly appointed interior design elements; enhancements to the casinos‘
gaming floors; new dining concepts with acclaimed restaurant partners; and many more exciting additions within the next three years. These developments will bolster the City’s position as a Las Vegas-style destination market with a focus on revitalizing the world-famous Atlantic City Boardwalk.

The first phase of the project, a $170 million renovation of guestroom and suites at Caesars and Harrah’s, will debut in Summer 2021.

“Building on our rich, 40-year legacy in the market, we are excited to introduce the new Caesars Entertainment to Atlantic City through our $400 million investment and development plan,” said Anthony Carano, President and Chief Operating Officer of Caesars Entertainment. “These exciting plans over the next three years will revitalize Caesars’ brand of hospitality, and will continue to position Harrah’s, Tropicana, and Caesars Atlantic City as leading resorts in the market.”

“Caesars Entertainment is the country’s largest gaming company, and we are thrilled that Atlantic City is home to three of their casinos,” said Atlantic City Mayor Marty Small, Sr. “This year marks a new era for the City, and we appreciate Caesars’ dedication to the market as the largest employer in Atlantic County. Their three-year reinvestment plan doubles down on this commitment, which will undoubtedly reinvigorate Atlantic City.” 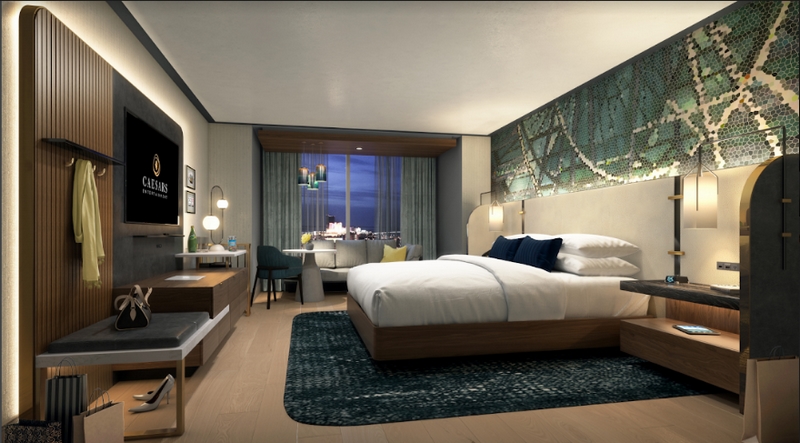 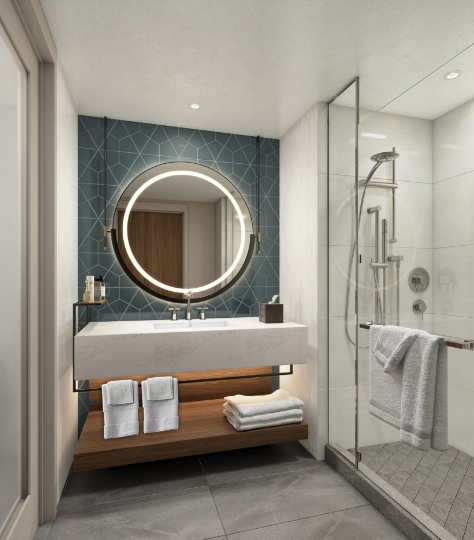 This summer, Caesars Entertainment will unveil $170 million in room enhancements designed by Interior Image Group at Caesars and Harrah’s Resort, beginning with approximately 600 guest rooms and suites in Caesars’ Centurion and Ocean Towers, as well as Harrah’s Atrium Tower. The towers will offer accommodations with spectacular views and fresh design elements in rooms ranging from 450 to 700 square feet per room.

At Caesars, the designs will feature a modern Roman aesthetic, drawing inspiration from the local Atlantic City
scenery, including the beach, ocean and famed Boardwalk. The guest rooms and suites will feature rich hues of blue
and cream accent colors, contrasting white and gray tones, and contemporary furniture, including modern bathrooms with oversized showers, mirrors, and signature amenities.

At Harrah’s Resort, design inspiration was drawn from the casino’s upscale, yet accessible brand of hospitality with rich elements that are fun, lively and vibrant playing off the resort’s sophisticated Marina District locale. 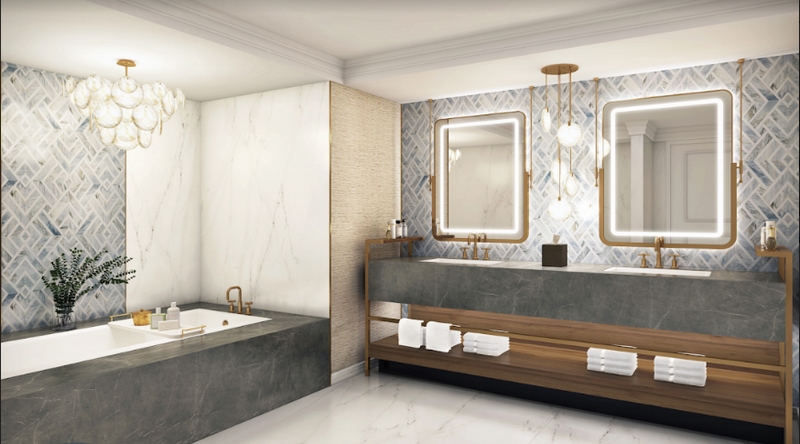 Caesars Entertainment also announced that it has completed its acquisition of William Hill PLC (“William Hill”) for
approximately $4.0 billion. The transaction gives Caesars ownership of one of the world’s leading betting and
gambling companies and gives the Company the ability to maximize the opportunity within sports betting and online
gaming in the U.S.

“We are thrilled to complete the acquisition of William Hill, combining two of the premier operations in the sports betting and iGaming industries under one roof,” said Tom Reeg, CEO of Caesars Entertainment. “

The transaction further expands the reach of Caesars Rewards by providing William Hill members access to the
Company’s industry-leading loyalty program, including the ability to earn tier status that can be used at all of the Company’s land-based and online properties. This combination also enables the Company to further enhance its
services to customers by providing a single-wallet offering of sports betting and online gaming products across the
enterprise in the future.

As previously disclosed, Caesars intends to sell the non-U.S. businesses currently owned by William Hill, including the U.K. and international online divisions and the retail betting shops. 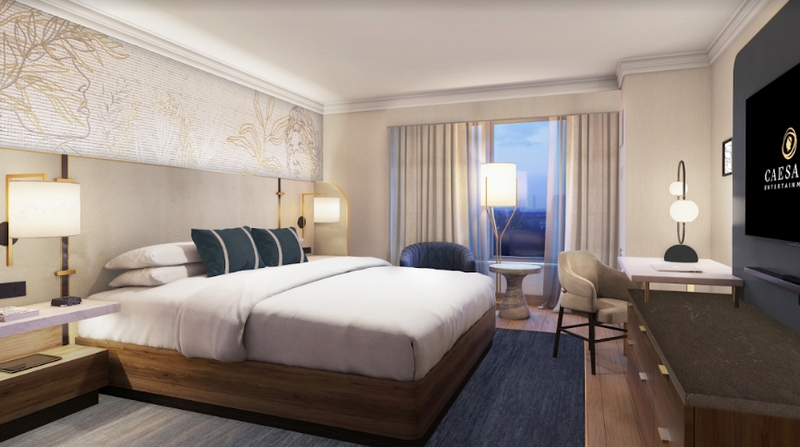 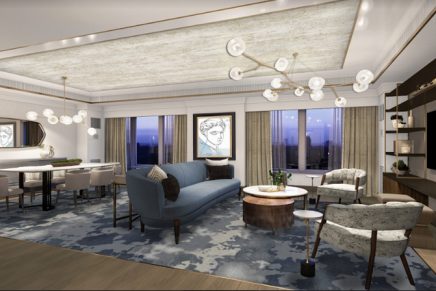 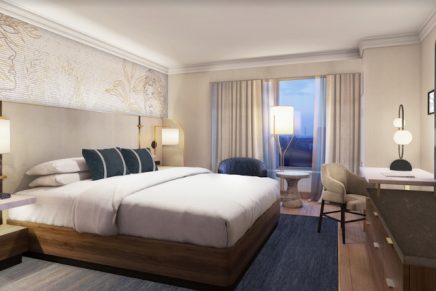 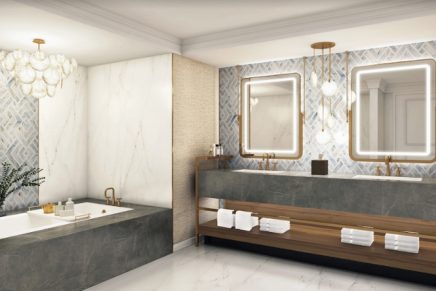 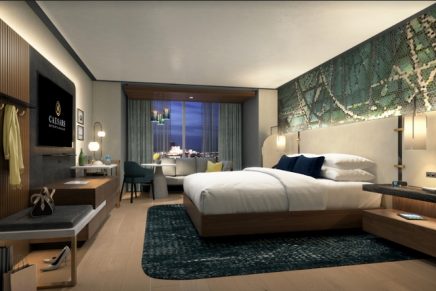 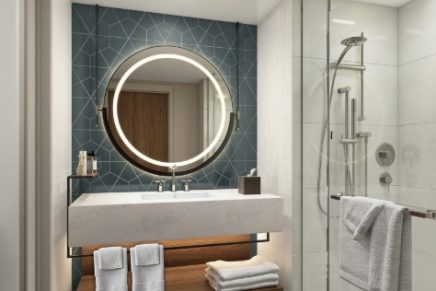