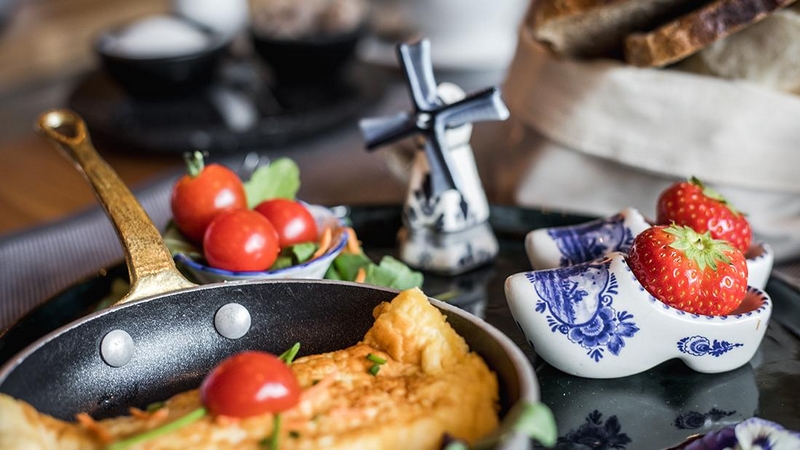 Amsterdam has drawn up plans to ban the rental of new-build homes on city land, as part of a spate of policies to combat spiralling house prices, housing shortages and over-saturation of tourism.

The plan from its housing chief states: “Investors are buying Amsterdam homes more and more frequently, intending to rent them out. This means that ‘normal’ house-buyers have less of a chance in the housing market, and Amsterdam is not happy with this.”

The move comes at time of increasing alarm in the Dutch city and with the national government about three years of runaway house prices, a shortage of affordable homes and ever-growing tourism that some local residents and businesses say is destroying Amsterdam.

An estimated one in five homes in the city is sold to investors, and last year about 10,000 foreign nationals moved to Amsterdam from January to the end of November, the same number of Dutch nationals left, while there was a natural increase of 5,000 residents.

In the past week, the city housing chief, Laurens Ivens, announced policies to enforce maximum prices for newbuild owner-occupied homes for middle incomes, and a crackdown on the subletting of social houses, which is banned.

The Airbnb-style short lets, which account for 12% of overnight tourist stays in the city are also being tackled: the Dutch home affairs minister, Kasja Ollongren, announced plans for a national registration scheme and to make renting out a home via holiday rental platforms for more than annual maximum of days – in Amsterdam it is 30 – a financial crime with tough penalties. There

“We don’t think we have the golden bullet but the city of Amsterdam does have a lot of different measures to improve the liveability of the city for our residents,” said a city spokeswoman. “The first point of a city is to live in, and the second is to visit.”

Amsterdam has become a magnet for international business, especially with Brexit looming. In 2017, the city joined the UBS global real estate bubble index, and is now seventh after London and New York in terms of price-to-income ratio, with median sales price at a record €448,000 (£382,000) in the last quarter of 2018.

Even though 39% of homes are social housing, there isn’t enough affordable housing, according to the Amsterdam Federation of Housing Associations (AFWC).

“We regularly speak to people who are 31 and still living with their parents, or have three-generational houses – not through choice,” said Egbert de Vries, AFWC director. “The population is growing, with people living longer and positive net immigration for the last 50 years. Over the last 10 years we have built 60,000 fewer homes, and people who get a house have on average been on the waiting list for 15 years.”

While housebuilding is the most essential action, he said, “it would help to make rules that people have to live in the house that they buy”.

Dr David Wachsmuth, an expert in urban planning and governance at McGill University in Montreal, has studied how holiday rentals reduce housing stock. He said a buy-to-let ban could limit tourist rentals in problem cities like London, too.

“The evidence is clear that a lot of new construction is heading directly into the short-term rental market, so trying to make sure these properties are occupied by long-term residents is sound public policy.

“More importantly, it speaks to the challenges that Amsterdam and many other cities are facing in regulating short-term rentals … mostly because Airbnb and the other platforms consistently work to evade and undermine regulations which restrict their growth.”

Others have concerns, though. Emile van Gelder of Amsterdam estate agents Peter Bruin, said the buy-to-live rule would be an “unacceptable infringement of the property right of ownership” and that build more homes was a better solution.

The city’s plans are treating the symptoms rather than the disease, said Stephen Hodes of thinktank Amsterdam in Progress, adding: “What if parents buy a house for their children when they study in Amsterdam or I buy a house and am sent abroad for six months for work? The real problem is investors who buy up multiple houses for letting, and this regulation will affect them – but also the freedom of the ‘normal’ residents.”

In a statement, Airbnb said it helped its 20,000 Amsterdam hosts comply with the rules and pay tax: “We have long supported the creation of a national registration system as a user-friendly tool that allows cities across the Netherlands to get the data they need and effectively discourages bad actors … We look forward to working together with policymakers on the implementation of a system that is fair, proportionate and in line with EU law.”