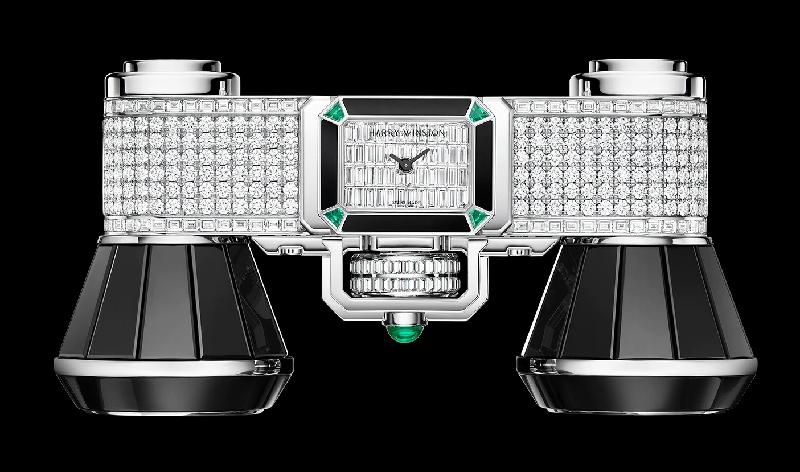 Decorated with diamonds, emeralds and black onyx, the glasses are evoking the bright lights of Broadway and the sleek, geometric aesthetic of the Art Deco era. The case is made of 18K white gold. 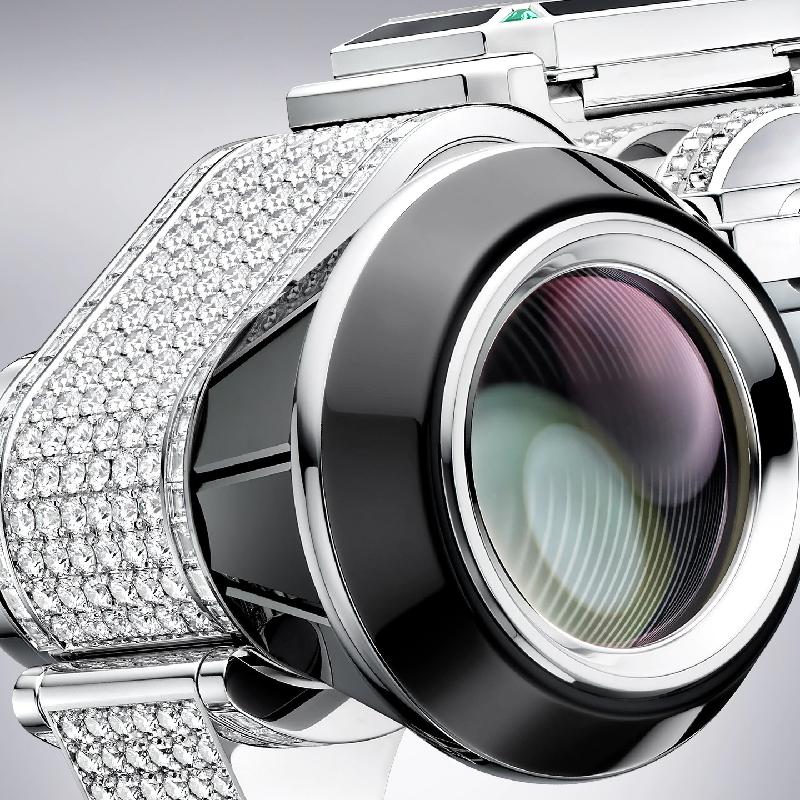 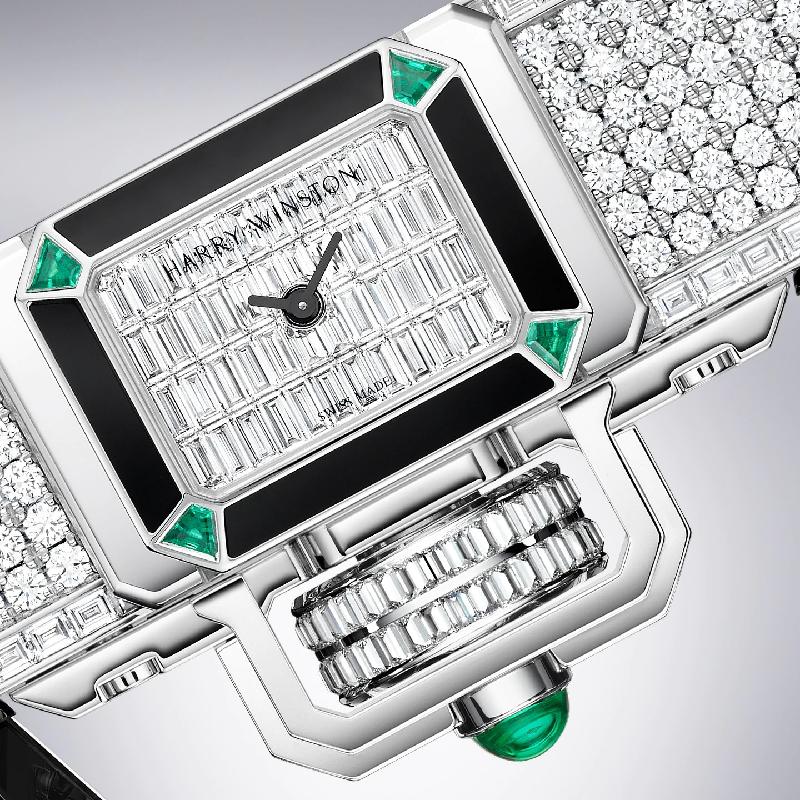 The High Jewelry Timepieces capture the beauty and brilliance of the Harry Winston Jewelry collections, demonstrating the House’s fine jewelry expertise and heritage of creativity in craftsmanship and design.

The collection includes The Precious Signature by Harry Winston, an automaton and desk clock that redefines the very essence of a luxury accessory. Beautifully crafted in white gold and Zalium, the impressive design features iridescent blue opals and fiery colorless diamonds. Enjoy the spellbinding mechanical spectacle developed by Jaquet Droz and watch as a magical pen traces Mr. Winston’s signature on command. 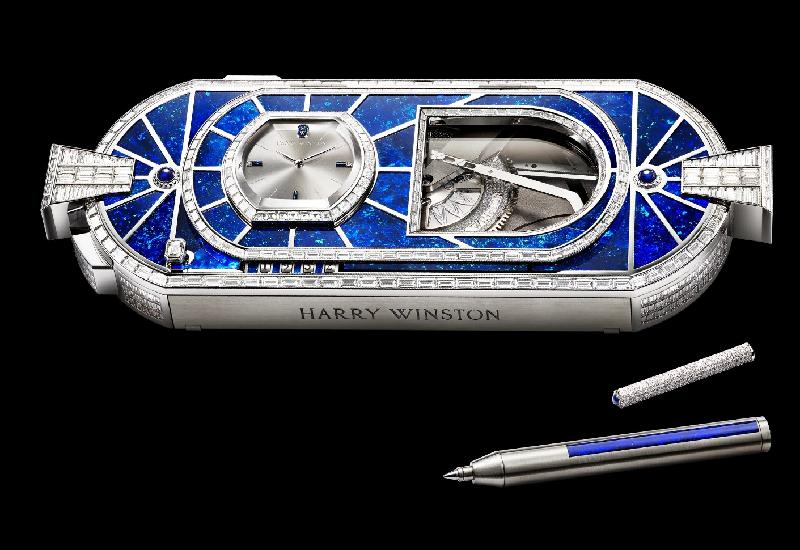 The Precious Signature by @Harry Winston 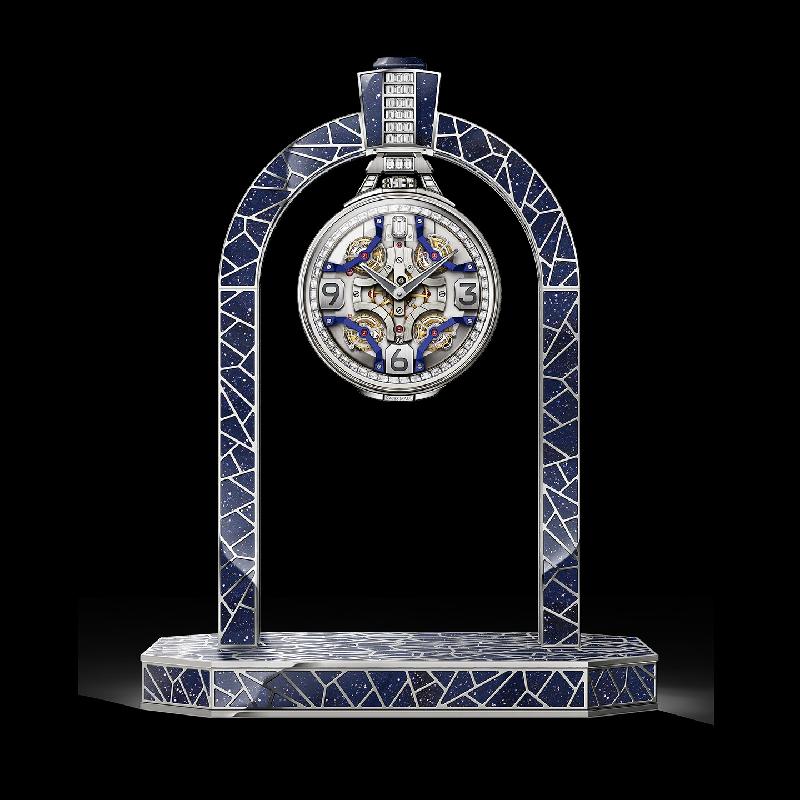 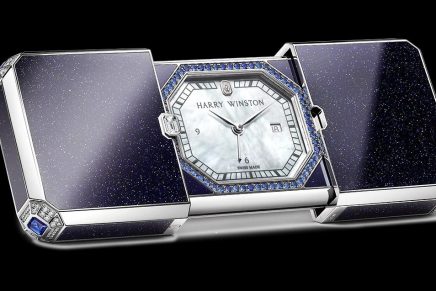 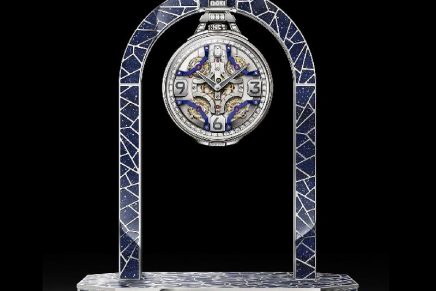 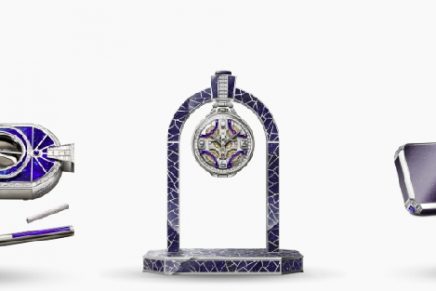 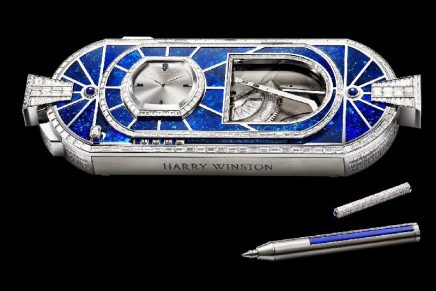 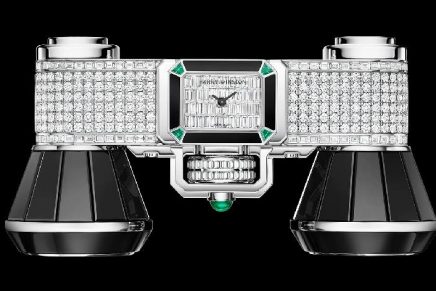 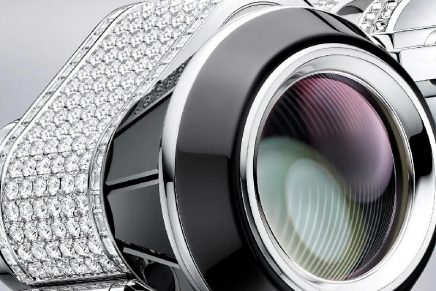 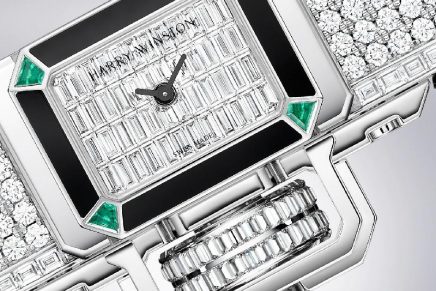