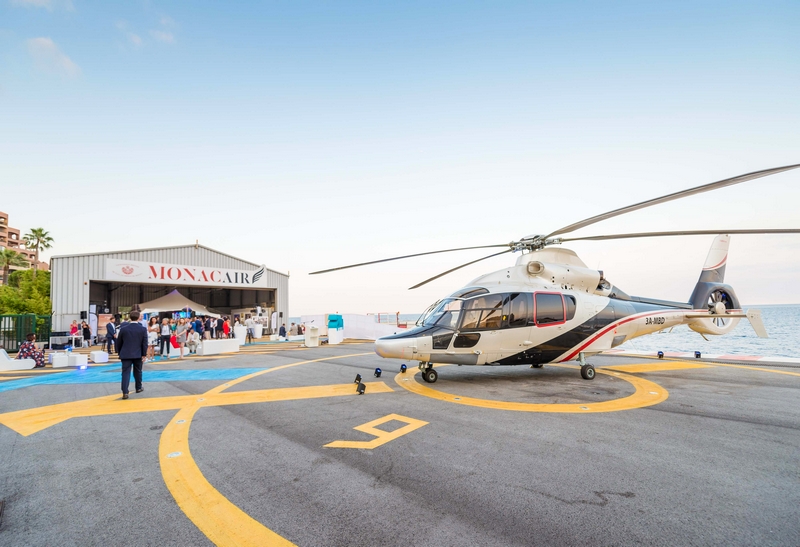 Britain’s richest person is quitting the UK for Monaco – just two months after he was knighted by the Queen for “services to business and investment”.

Sir Jim Ratcliffe, the founder and chief executive of petrochemicals company Ineos and a high-profile Brexiter, is preparing to move to the tax-free principality on the Côte d’Azur in order to avoid UK taxes on his vast wealth. His fortune is estimated at £21bn.

Ratcliffe, 65, did not respond to requests for comment, and a spokeswoman for Ineos declined to comment on his decision – first reported in the Daily Telegraph – describing it as a “personal matter”. The company said only that Ineos was “committed” to its business base in the UK and planned to keep its headquarters in London “for the foreseeable future”.

In the run-up to the Brexit referendum, Ratcliffe provided a fillip for the Leave campaign when he said Britain would thrive outside the EU.

In the aftermath of the vote he urged the government to adopt a tough approach to exit negotiations: “We must listen, we must be unwaveringly polite and retain our charm. But there is no room for weakness or crumpling at 3am when the going gets tough and most points are won or lost.”

He said Europe needed access to the UK’s market as much as Britain needed the rest of Europe: “Never forget that we have a decent set of cards.” He added: “Mercedes is not going to stop selling cars in the UK. And London is one of the two key financial centres, and that isn’t going to change.”

Ratcliffe was ranked the UK’s richest person in May after he contacted the editor of the Sunday Times rich list to complain that his wealth had been drastically underestimated.

The list increased its estimate of his wealth by £15.3bn to £21bn after he provided access to the privately held accounts of Ineos, which he founded in 1998. The newspaper also increased its valuation of his mansion near Beaulieu, in the New Forest, and his two superyachts, called Hampshire and Hampshire II. The reassessment catapulted Ratcliffe from 18th to first place in the list.

Ratcliffe owns 60% of Ineos, which made profits of more than £2.2bn last year and employs 18,500 people. His top two lieutenants at Ineos, Andy Currie and John Reece, each own 20% of the company worth £7bn – making them the joint-16th richest people in the UK. Both men are reportedly considering following Ratcliffe to Monaco. Ineos declined to comment.

Ineos is keen to starting fracking for shale gas in the UK but in June failed in a legal attempt to overturn the Scottish government’s moratorium on fracking activity.

In an interview with the Sunday Times to celebrate his success as “Britain’s most successful businessman”, Ratcliffe said: “What’s the reason to invest in the UK? Our skills are not great. We’ve got to deal with unions. We’re isolated from Europe. We’ve got logistical costs. Low tax rates help, but cheap energy could really help create those manufacturing jobs we need.”

Ratcliffe has quit Britain before. He moved Ineos to Switzerland in 2010 in protest against the then Labour government’s tax regime. The relocation saved an estimated €450m (£405m) in tax. He then moved the company back to the UK in 2016 after the Conservatives returned to power and cut corporation tax from 28% to 20%. At the time of the return, Ratcliffe said: “Our new base in London reflects our British roots. The future for Ineos is very bright and much of this optimism comes from our UK-based operations.”

Ratcliffe describes himself as a lover of Britain and has bought up many of the best known British brands, including heritage jacket maker Belstaff. He is also investing £500m in creating a “British” successor to the Land Rover Defender, although he has handed the design contract for the vehicle to a German company. “Our preference is for a UK location, but the choice must be about head as well as heart,” a spokesperson said at the time.

The billionaire said he came up with the idea for recreating the 4×4 over beers in the Grenadier pub in Belgravia, London. The vehicle is code-named Projekt Grenadier.

Ratcliffe, a Manchester United supporter, reportedly tried to buy Chelsea for £2bn earlier this year, but his bid for the club was said to have been rejected by its Russian billionaire owner, Roman Abramovich. Ineos already owns the Swiss football club Lausanne-Sport.

Ratcliffe’s preferred superyacht, Hampshire II, features a “beach club”, and a helicopter pad that can be converted into a playing field for ball games. Guests can zip-wire from the crows’ nest down into the sea. It has a crew of 21 and cabins for 14 guests.

So many of the world’s wealthiest people have moved to Monaco, including Lady Green, the wife of Topshop owner, Sir Philip Green, that the principality is reclaiming land from the sea in order to build more luxury apartments to house them.

Nearly 35 in every 100 of Monaco’s residents are millionaires. ABout 2,700 more millionaires are expected to call the principality home by 2026, according to research by the estate agent Knight Frank, taking the total to 16,100 out of a total population of under 38,000.