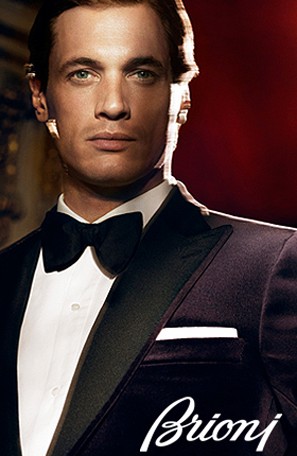 In order to strengthen its position in the high-end menswear market, PPR luxury group will acquire Italian men’s fashion brand Brioni. Zegna and Eurazio, the French private-equity firm, had also talks with the Bond suit-maker about a potential offer, but PPR is the winner of this contest.

PPR said an agreement had been reached with Brioni’s shareholders to buy 100 percent of the share capital for an undisclosed price. The deal was expected to be finalized by early 2012, and needs to be approved by antitrust authorities.

The luxury giant said it plans to boost growth at Brioni through expansion into emerging markets and a wider product range. Brioni, famous for designing James Bond’s suits, had revenue last year of 170 million euro, and has its main workshops in the

Abruzzo region of Italy as well as a network of 74 stores worldwide.PPR’s CEO Francois-Henri Pinault confirmed in September that the company was in talks to acquire the family-owned Italian tailor.