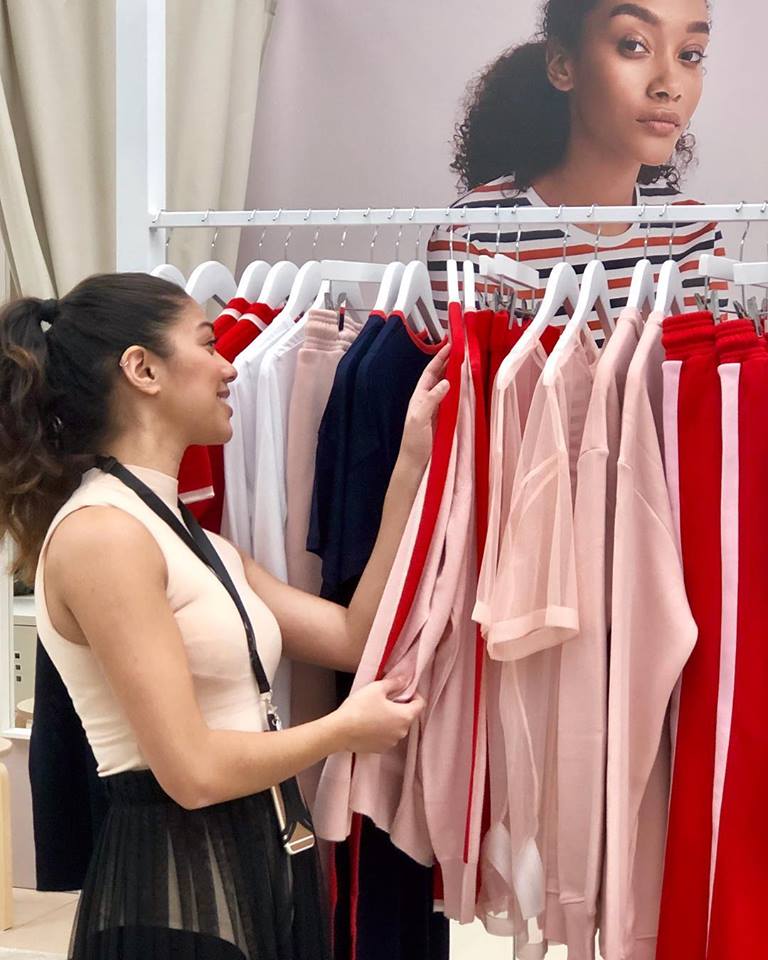 This article titled “Bright future? Fashion’s watershed year as it moves from waste to woke” was written by Tamsin Blanchard, for theguardian.com on Monday 31st December 2018 15.00 UTC

From Meghan and Harry’s wedding to the Dolce & Gabbana debacle in Shanghai, 2018 was a big year for fashion. But it may also be remembered as the year people finally took notice of the negative environmental and social effects of an industry that’s been allowed to get out of control. And it’s hard to do this without recalling what happened in June, when we learned that Burberry had been burning £28m worth of its clothes, accessories and beauty products to safeguard its brand.

Insiders already knew that H&M was burning excess stock, but to discover that the luxury sector was at it too made many question the industry as a whole. The same month, Mary Creagh, who chairs the Commons environmental audit committee, announced she would be investigating the sustainability of the fashion industry.

She said alarm bells were ringing about the fast-growing online-only retail sector against a backdrop of the global ecological emergency. “Low-quality £5 dresses aimed at young people are said to be made by workers on illegally low wages and are discarded almost instantly, causing mountains of non-recycled waste to pile up,” she said. According to a report for the committee, UK shoppers each buy an average of 26.7kg of new clothes every year – more than any other country in Europe.

With her panel of cross-party MPs, Creagh questioned experts from brands including Marks & Spencer, Burberry and Primark, as well as the online retailers Arcadia, Boohoo, Asos and Missguided. The key issues were labour rights, flouting of the minimum wage – in factories in the UK as well as abroad – issues around waste and recycling, overproduction (in March, H&M had a stockpile of £3.4bn of unsold goods) and the urgent need to slow down and make clothes that are designed to endure. Creagh accused the industry of “chasing the cheap needle around the world”.

So it’s been a year of reckoning for the fashion industry, one in which to take stock of a wasteful, polluting, exploitative business that has been responsible for the doubling of garment production in the past 15 years, to between 80-100bn pieces of clothing a year.

However, for brands that are putting social and environmental impact at the heart of their business, 2018 has been a good year. The original organic cotton campaigner Katharine Hamnett relaunched her business in 2017, and in May she said she was fundraising for future expansion, to create a hub for sustainable manufacture in Italy. “The world has caught up with us on the sustainability aspect,” she told the Financial Times. “People have changed their tune – it’s just taken 30 years to happen.”

Elsewhere, new business models sprang up that put profit second to ethics. The London-based label Ninety Percent, which launched in February promising to distribute 90% of profits between charitable causes and its own garment-makers in Bangladesh and Turkey, was rewarded with a prime slot with the online retailer Net-a-Porter in September.

The Californian shoe brand Allbirds launched in the UK in October using a range of low-carbon options including renewable sugar cane soles. And when the Duchess of Sussex wore the Australian zero-exploitation denim brand Outland Denim on her tour in October, the company experienced a rise in sales and interest.

While social media has propelled businesses such as Boohoo and Missguided (whose CEO Nitin Passi refused to appear before Creagh’s panel) into the wardrobes of the nation’s teens and 20-somethings, it has also given individuals the opportunity to demand more from their brands. This April was the fifth anniversary of the Rana Plaza disaster, in which more than 1,100 garment workers died when the building they were working in collapsed. The Fashion Revolution campaign for a more transparent industry, which was started as a reaction to Rana Plaza, saw its hashtags, including #WhoMadeMyClothes, reach 720m impressions during April 2018 – an increase in 35% on the previous year. Citizens are asking brands to be more accountable, and brands are having to take notice.

Closing the loop has been a big buzz phrase in the sustainable fashion world since the Ellen MacArthur Foundation’s report on redesigning fashion’s future in November 2017. H&M and Marks & Spencer have well-established take-back schemes to encourage customers to recycle their old clothes, and Primark has announced its own scheme for 2019. But there is still a long way to go in creating clean systems to turn these unwanted clothes back into fibre to make new clothes. Only 1% of old clothing is recycled to make new garments.

Clothing apps such as Depop continue to offer an alternative second-hand fashion economy. In the UK, the main demographic for this social shopping site is 15- to 18-year-olds, which means an entire generation is discovering that if they look after their clothes, they can sell them on and buy fresh fashion fixes secondhand. So too, rental agencies are continuing to grow in popularity. Companies such as Girl Meets Dress offer a service to women who don’t want to be seen in the same outfit twice, particularly on their social media feeds. The wardrobe rental industry is growing by 10% year on year, and is expected to reach almost £1.5bn by 2026.

Increasingly, the focus seems to be shifting to making new textiles from agricultural waste. One of the winners of this year’s Global Change awards in March was an idea called Crop-A-Porter, which takes the leftovers from the harvest of oil-seed flax, hemp, sugarcane, bananas and pineapples and turns it into a bio-fibre that could be a viable alternative to cotton and provides additional income to farmers. Similarly, Frumat leather, made from apple peel, won the Green Carpet Challenge awards in Milan in September.

Which brings us to one of the biggest changes in consumer behaviour in 2018: the rise in veganism. After Gucci announced the death of fur in October 2017, many other labels followed, most recently Chanel, which has also banned exotic skins. London fashion week went fur-free for September (although the anti-fur protesters didn’t seem to have got the memo), while Helsinki fashion week has gone further and banned animal-based leather from 2019.

Certainly, Stella McCartney, who launched “vegan Stan Smith trainers” with Adidas in September and has been leading the animal-free fashion charge for more than two decades, will be delighted at the news. In December, the designer was in Poland at COP24 to launch the United Nations fashion industry charter for climate action, with 16 commitments to promote sustainable sourcing, design, and manufacturing.

She told the Business of Fashion Voices conference in November: “It’s really about bringing everyone together as an industry, and instead of having a few people talk about it, it’s having everyone talk about it and the leaders … actually taking responsibility, putting our money where our mouth is and making an amazing change together.” She added: “Everything is at stake.”