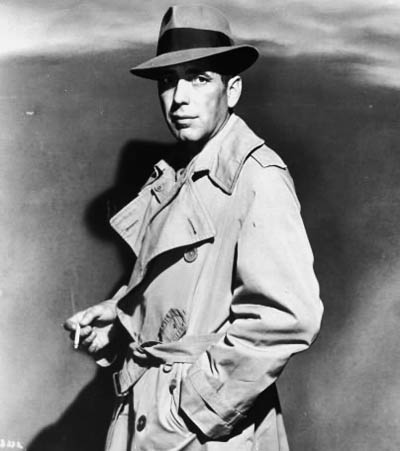 A photo of legend Humphrey Bogart wearing one of Burberry trenchcoats in the movie “Casablanca” caused a scandal among the Bogart Estate. The ‘Casablanca’ photo was used by Burberry in the context of a historic “timeline” of the company, used on Facebook, Twitter and Instagram.

The Bogart Estate filed its action in Los Angeles, saying Burberry used the trench coat picture from the final scene of Oscar-winning 1942 classic “Casablanca,” on Twitter and Facebook, without its permission.

“Just as Burberry needed to obtain (Harry Potter actress) Emma Watson’s consent before using her name and image to promote Burberry’s brand and products, it needed to obtain permission from the Bogart Estate to use Humphrey Bogart‘s name,” said to AFP lawyer Michael O. Crain.

But Burberry counter-sued in New York, saying the photo was licensed from photo agency Corbis for editorial use.

“Burberry’s use of this photo and description were intended to reflect on the long history, significance and influence of Burberry fashion in society,” said the Burberry lawsuit, a copy of which was obtained by AFP.

Stephen Bogart, son of the Hollywood legend, was not convinced, saying: “This is such an incredibly disappointing and disrespectful action by Burberry.