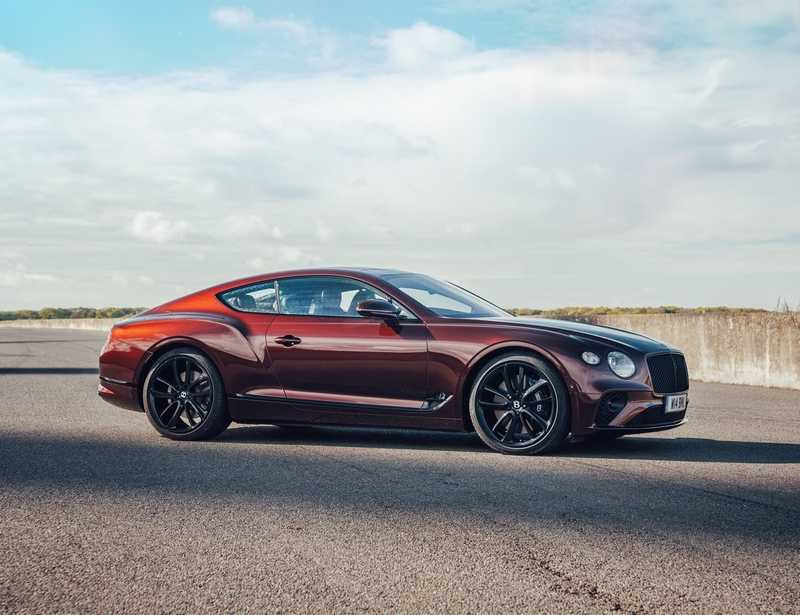 This article titled “Bentley is leading the charge to batteries. British carmakers must join it” was written by , for The Observer on Sunday 8th November 2020 07.00 UTC

Carmakers talk a good game. Even the biggest petrolhead automotive executives are now practised at conjuring images of a zero-emissions future, but that future always seems to be just a bit further off. And even while they increase production of electric cars, many insist that there is a stubbornly long line of consumers who will still want the internal combustion engines that also happen to boost their makers’ profits.

There are obvious exceptions, led by Tesla, the US electric car pioneer, as well as a bevy of Chinese imitators. In the UK, Bentley last week became the first to break ranks. On Thursday it announced that its Crewe factory would stop making internal-combustion-engined cars completely by 2030, making it the first large British carmaker to do so.

The decision means Bentley, known for 12-cylinder engines that slurp petrol by the gallon, is now the unlikely trailblazer for the British car industry’s move beyond oil. Yet for the rest of UK automotive, big questions remain over the electric future.

There is no doubt that the change is coming. The British government is nearing a decision on whether to ban internal combustion engines completely as early as 2030, with a formal announcement possible as soon as this week. Meanwhile the nations of the EU – the destination for most UK car exports – are also bringing in bans. The main markets for the UK’s petrol and diesel products are drying up quickly.

However, the only other major British car plant that is close to going all-in on electric car production (at least in public) is Jaguar Land Rover’s Castle Bromwich factory. Industry insiders doubt that many others will be able to match Bentley’s move.

The rest of the British automotive map is pockmarked with gaping investment holes. Among the plants awaiting decisions on their futures are Vauxhall in Ellesmere Port and Nissan in Sunderland. The overseas owners of both have made it clear that the fate of these UK operations will be dependent on a Brexit deal. Even if the UK somehow avoids a no-deal Brexit or the costly tariffs that the car industry fears, the legacy of four years of lost investment has almost certainly slowed the transition.

By 2030 production costs for electrics will be lower than fossil-fuel cars, making it easier for the mass-volume players to change

An alarming proportion of people employed in the British car industry – well over half, or 105,000 people – is still heavily dependent on producing internal combustion engines. At the same time, there is still no fully funded project to build domestic “gigafactories”, as Tesla calls them, capable of churning out hundreds of thousands of batteries every year.

Yet for all the challenges it faces, the UK still has a chance to retain and even grow its automotive industry. The UK has a genuinely strong engineering workforce and a fairly sturdy supply chain, which mean it can make up some of the lost ground on electric vehicles. The most striking evidence of this is the clutch of startups – Arrival, Volta Trucks and the (Coventry-based) London Electric Vehicle Company – which are bringing battery vans to production.

It is easier for a luxury carmaker to go electric than the mass-market plants that have the ability to produce hundreds of thousands of cars a year. Bentleys start at £130,000 and can cost well over £240,000, giving it a lot of leeway to absorb extra battery costs. But by 2030 production costs for electrics will be lower than fossil-fuel cars, making it easier for the mass-volume players to make the change.

Rapidly falling costs are combining with consumers who are becoming increasingly comfortable with electric cars and regulations that are genuinely pushing progress. The reasons to stick with fossil fuels are falling away.

Bentley has got ahead of the curve, helped by being part of Germany’s Volkswagen group, which has the might to spend billions of euros on battery procurement. But other UK car manufacturers have a choice: embrace the transition to electric cars now, or wait until the last moment and risk missing the chance.

Ant Group was supposed to be the biggest stock market listing in history. An astonishing $37bn was going to be raised and this whizzy Chinese payments company would be worth more than $300bn, on a par with US giant JP Morgan.

Since the listing was going to be a Shanghai and Hong Kong affair, Beijing would demonstrate that its private companies didn’t need international investors to raise serious sums. And Jack Ma, the billionaire who spun Ant out of his Alibaba creation in 2011, would cement his status as a titan for the 21st century.

But it didn’t happen. The listing was pulled on Tuesday, two days before launch, for reasons that are not wholly clear. Only the immediate cause is obvious: Chinese regulators announced new rules on capital and liquidity that would fundamentally alter the demands on Ant’s online lending business. It would have to accept more credit risk, and thus behave more like a bank than a nimble processor of loans that sit on other institutions’ balance sheets.

The unexplained part is why the regulatory drama only happened at the last minute. Chinese regulators know Ant’s business model inside out. Why launch a major regulatory shakeup less than 48 hours before the most high-profile listing of a Chinese financial firm?

Most observers assume Ma upset the authorities with a speech last month in which he railed against China’s regulators and described the country’s banks as having a “pawnshop mentality”. In other words, Beijing decided Ma overstepped the mark and needed to be reminded of the state’s power and reach.

Maybe, but the shambolic process also reflects badly on Beijing. If the regulations were unfit, why weren’t they fixed before Ant danced down the aisle to a listing? If the problem was Ma’s damning assessment of the country’s banks, is that because his analysis was basically correct? Neither explanation looks good.

Sunak’s housing market could see its roof fall in

Britain’s property market often has a knack of defying gravity. As the second coronavirus wave sends the UK economy into a double-dip recession, UK house prices have hit a fresh record high – accelerating at their fastest rate in four years, according to Halifax. This is, however, unlikely to last.

Despite the economy shrinking by 20% this spring and redundancies rising at the fastest rate on record, the average price of a property has increased by £18,000 in the past 12 months – far more than a full-time minimum wage worker earns.

But the rise is expected to come to an abrupt halt as the second lockdown and increased unemployment stop the market in its tracks.

Over the coming months, the chancellor, Rishi Sunak, must act to ensure the expected slowdown in property doesn’t become an outright collapse and risk dragging down the banking system. A financial crisis on top of economic meltdown is the last thing Britain needs.

It is tempting to hope that a swift correction would help young first-time buyers get on to the property ladder. However, as research from the Resolution Foundation has demonstrated, this is unlikely. Price falls would help some, but many more would also see their earnings fall and savings eradicated.

The problems are, in part, of the chancellor’s own making. The stamp duty cut Sunak announced this summer – which lasts until March – threw fuel on to an already overheated property market.

The lifting of the first lockdown was always going to release some pent-up demand, and people reappraising their living conditions and deciding they wanted more space fuelled a further surge in interest.

But the chancellor has propelled the housing market higher and constructed a double cliff-edge in March, when both the furlough extension and the stamp duty cut expire. He must tread carefully to defuse these time bombs. Otherwise, a boom and bust chancellorship will be all but guaranteed.