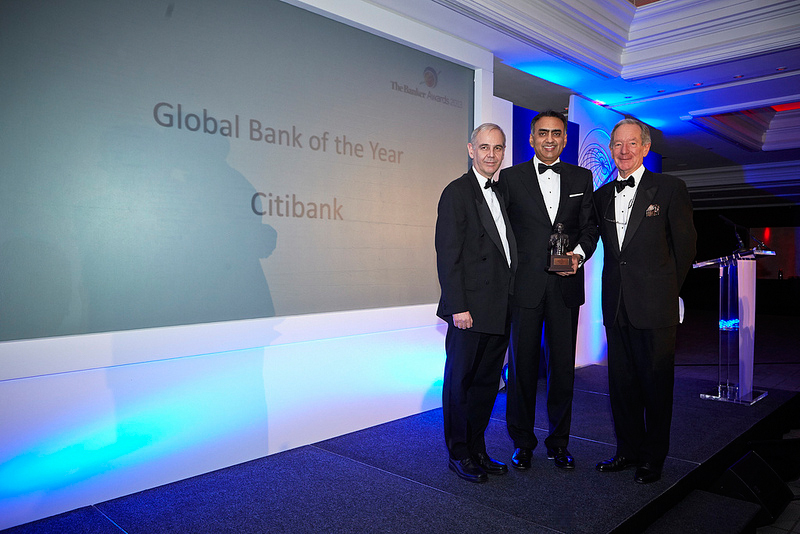 UK based The Banker magazine awards recognised the top financial institutions that have excelled in the global banking community. The cream of the crop in The Banker Awards 2013 were marked by one global victor and five regional winners.

At the awards ceremony in London, Citi was feted as “Bank of the Year.” Citi was also named “Bank of the Year” in the Americas and in the United States by The Banker’s panel of industry experts who judged the
competition. In the view of The Banker’s awards judges, Citi has made not only sufficient progress but carved out a credible and winning strategy for the future.

The London-based international banking and finance magazine founded in 1926 cited the progress made in reinventing Citi bank. “Citi has…carved out a credible and winning strategy for the future,” said The Banker. “The clinching factor was the view that Citi is now well advanced on a long-term growth trajectory.”

On top of this, Citi has emerged as a leader in the digital revolution delivering smart banking to consumers and state of the art platforms to wholesale customers.

“While the black-tie awards dinner takes place in London at the end of November or early December, the long road to winning an award begins six months earlier when the applications forms are sent out. Or to be more accurate it begins several years earlier, when a bank’s strategy is first cast,” says The Banker.

Winners at The Banker Awards received a prestigious Bracken award, named after Brendan Bracken, the founding editor of The Banker in 1926 and the chairman of the modern-day Financial Times from 1945
to 1958. Brendan Bracken epitomises the global spirit, vision and integrity of The Banker and FT Group, and the winning of a Bracken is a fitting accolade for the performances of the world’s top financial institutions.

Bank of the Year Awards 2013 – global and regional winners: