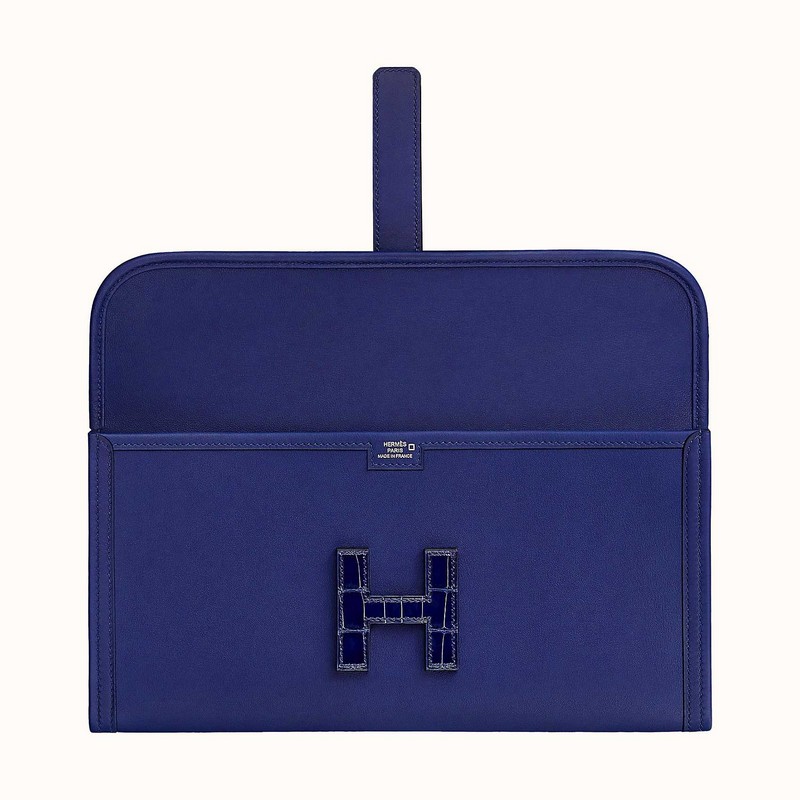 The high-end French fashion brand Hermès wants to build one of Australia’s biggest crocodile farms in the Northern Territory that would hold up to 50,000 saltwater crocodiles to be turned into luxury goods such as handbags and shoes.

But the proposal has come under fire from animal welfare groups, who say other fashion brands have moved away from using exotic animal skins on cruelty grounds. Advocates told Guardian Australia they had concerns about the welfare of the crocodiles, and that farming animals for luxury goods was “no longer fashionable.”

Northern Territory crocodile industry figure Mick Burns is leading the proposal on a former fruit farm near Darwin purchased earlier this year by the company PRI Farming, of which he is a director.

The NT government has already granted development approval for the project, with documents showing the farm would include an egg incubator laboratory, a hatchery, and growing pens, as well as wastewater treatment plants and a solar farm.

Related: Fur is out of favour but stays in fashion through stealth and wealth

According to documents submitted to the territory’s Environmental Protection Authority, the farm would employ 30 people and build from an initial 4,000 crocodiles to 50,000, which the ABC has reported would make it one of the biggest crocodile farms in Australia.

An EPA statement to the Guardian said the project had been granted environmental approval, and that PRI had also indicated it would apply for a wildlife trade permit.

Dr Jed Goodfellow, a senior policy officer at RSPCA Australia, said the society remained opposed to killing of any animal “where the purpose of their death is primarily to produce a non-essential luxury item like fur or skin”.

He said the society was not aware of the details of animal welfare practices on the planned farm.

But he said generally there were many welfare risks raised by crocodile farming in intensive conditions, “including injuries from close confinement, small individual penning arrangements, and the impacts of restraint and slaughter methods”.

He said Australia’s national code of practice covering crocodile farming was “now over 10 years old and in need of review”.

Nicola Beynon, of Humane Society International, said brands including Chanel, Mulberry and the owners of Calvin Klein and Tommy Hilfiger had adopted animal welfare policies “against using exotic animal skins such as crocodile”.

“Consumers and fashion houses are walking away from animal cruelty as fast as they can,” she said. “It seems foolish to be investing in an industry that is no longer fashionable.”

A 2017 report commissioned from Ernst & Young by the NT government estimated the crocodile farming industry was worth $106m to the territory’s economy.

It said NT’s crocodile skin producers “are known as ethical providers and have encouraged high-end fashion producers such as Hermès and Louis Vuitton to purchase local NT farms to secure their supply chain”.

The report said crocodile eggs were harvested under licence from the wild, with juvenile crocodiles “nurtured to minimise stress and protect their skins”.

The report said: “Finally, the premium end product, crocodile skins, then often ends up as some of the world’s most expensive and sought-after fashion accessories (handbags, shoes, purses and wallets) being worn in the finest establishments throughout the world with key markets in the United States and Europe.”

Burns did not respond to a request for comment. Guardian Australia sent questions to Hermès and asked to speak to a representative, but did not get a response.

The report said all the company’s crocodile farms were signed up to a best practices charter, and the company had worked across the industry to improve animal welfare standards which had been reviewed by a crocodile group at the International Union for Conservation of Nature.

Hermès has an animal welfare policy which states: “The group has defined and implemented a very strict, science-based, animal welfare policy. This applies within its direct sphere of responsibility as well as for its external partners, with a specific supply-chain based approach.”

That report said that in 2015 that Australia accounted for 60% of world trade in saltwater crocodile skins, with the territory responsible for two thirds of traded skins.

Webb said fashion houses had been “mercilessly attacked” by animal rights activists, but he said the companies had a “good story to tell”.

“[Those companies] have to get more and more control over their supply chain so that they can guarantee the highest standards.

“Hermès is a very conservative company – it’s them trying to do the right thing. Australia has an excellent reputation for its crocodile management program worldwide.”

Webb said the scale of the new proposal from Burns suggested it would be able to produce about 15,000 crocodile skins a year. The harvesting of eggs from the wild population was sustainable, he said.

Unregulated hunting of crocodiles in Australia drove numbers dangerously low until rules protecting them were introduced in the early 1970s, Webb has written. He said the number of saltwater crocodiles in the wild was now healthy and stable.

“Our wild populations are full,” he said.