WealthSurvey: Age Obsession
Most Wealthy Americans Concerned About Maintaining Memory, Eyesight and Weight as They Age; Women Worry About Wrinkles as Much as Health, but Few Go for Cosmetic Surgery or Botox 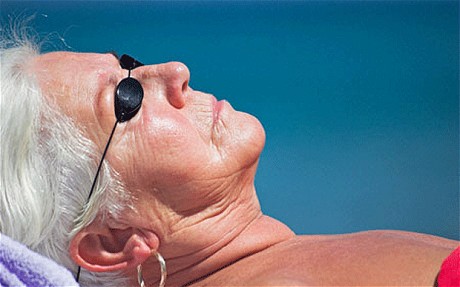 Luxury Institute, in cooperation with skincare brand RéVive, asked U.S. consumers age 30 and older from households with minimum annual income of $150,000 about attitudes, behavior and spending related to aging and the maintenance of health and appearance.

More than half (53%) of wealthy Americans say that the pursuit of better health and a more youthful appearance has led them to spend money on some type of anti-aging regimen, which can range from simply maintaining a healthy diet to having plastic surgery performed. The tendency to be concerned with the effects of aging decrease with age and are significantly more pronounced among women. Respondents had a median income of $233,000 per year and a median net worth of $1.3 million.

Memory (59%), eyesight (54%) and weight management (53%) are the top aging-related concerns of both men and women. Women are notably more prone than men to name wrinkles (59% vs. 21%) or skin elasticity (55% vs. 18%) as top aging-related concerns. Most resist the temptation to have surgery or Botox, but having work done and admitting to having it done seem to be two separate matters. Almost two-thirds (62%) of wealthy women say that they can tell when someone has had cosmetic surgery, and 47% say that not everybody is honest about having had injections or surgical procedures performed.

Women are more than twice as likely as men (67% vs. 32%) to have engaged in some form of anti -aging routine, either presently or in the past. Gender disparities are particularly notable when it comes to eating healthy foods (76% vs. 55%), getting adequate sleep (58% vs. 41%) and drinking moderately or not at all (53% vs. 39%). Dressing well is something that 56% of wealthy women say they do in order to look younger, a tactic employed by just 31% of men.

Women are substantially more likely than men to engage in anti-aging practices that directly affect appearance.

These include hair coloring (58% vs. 9%), using over-the-counter anti-aging products (41% vs. 5%), paying for skin resurfacing therapies (10% vs. 2%), injections like Botox (8% vs. 1%) or undergoing cosmetic surgical procedures such as liposuction or a facelift (4% vs. 1%). Men show more concern than women with hair loss, and 5% of wealthy men have tried grafts, transplants or medication to grow back lost hair, compared to 3% of women.

Most wealthy Americans have healthy and realistic notions about aging, with 78% saying that a person is “only as old as they feel,” and 71% saying that “age is just a number.”

Worrying about aging and taking steps to combat its effects is most prevalent in younger wealthy consumers, but becomes less widespread among older age groups. For example, 56% of wealthy 30-45 year-olds say that a youthful appearance is important for achieving personal happiness. Just 38% of 55-64 year olds and 40% of those over 65 agree that younger appearances promote happiness. As for big influences on how wealthy consumers feel about aging and their looks, 80% say that they seek approval from only themselves, 68% respond to opinions of their spouse, 54% consider their family’s opinion and 46% say that their friends influence attitudes on aging and appearance. Only 24% say that the media shape their views on aging; 14% cite celebrities as big influencers of opinion.

“The anti-aging market is similar in many ways to luxury retail, because consumers who pay premium prices for better food or membership at an exclusive health club are the same consumers shopping for premium merchandise at places like Nordstrom and Saks,” says Milton Pedraza, CEO of the Luxury Institute. “Companies who market youth to the wealthy have a rich opportunity to tap into a powerful set of demographics and psychographics that never goes away.”