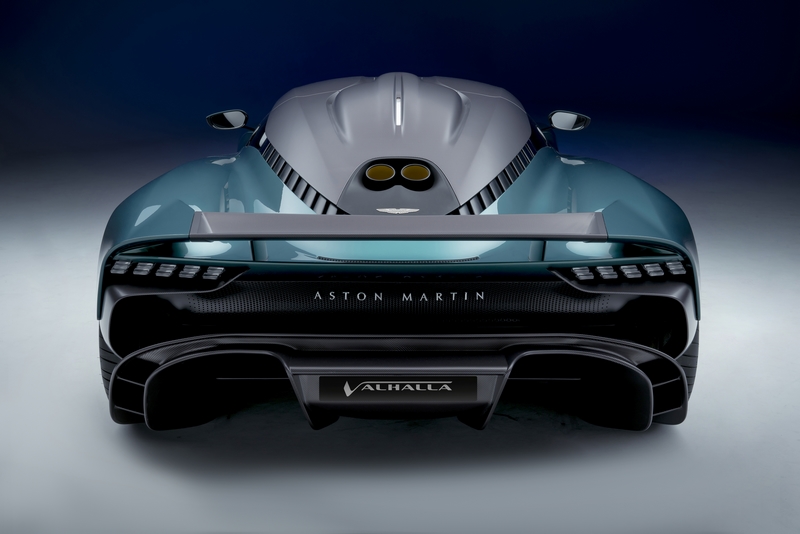 Led by Aston Martin’s CEO, Tobias Moers, Valhalla is the latest and most significant product of the brand’s Project Horizon strategy to-date; a car which will broaden the model portfolio to reflect Aston Martin’s presence in Formula One.

Dynamic development of the Valhalla will be the task of Aston Martin’s dynamics team and complemented with an enviable pool of talent which also includes Aston Martin Cognizant Formula One Team drivers Sebastian Vettel, Lance Stroll and Nico Hulkenberg. They will give their invaluable perspective to the project. 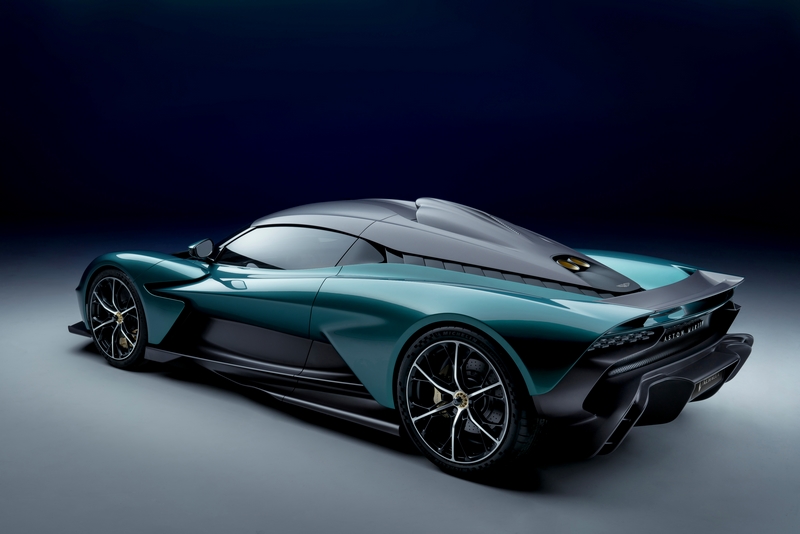 “Aston Martin’s first series production mid-engined supercar, Valhalla is a truly transformational moment for this ultra-luxury brand. The launch of Valhalla demonstrates Aston Martin’s commitment to building a range of exceptional mid-engined driver focused cars, a crucial next stage in the expansion of our product line-up. It also seemed fitting to unveil this stunning track biased supercar at the home of motorsport and the home of the Aston Martin Cognizant Formula One Team and marks Aston Martin’s return to the British Grand Prix for the first time in over 60 years, a true milestone.” – Aston Martin’s Executive Chairman, Lawrence Stroll.

For a true engineer like Aston Martin’s CEO, Tobias Moers, Valhalla marks the moment where Aston Martin delivers on earlier promises, he says: “Preserving the essence of an exceptional concept car is vital when meeting the challenge of bringing it into production. With Valhalla not only have we stayed true to our commitment to build a world-beating supercar, but we have exceeded our original aims. The result is a pure driving machine – one which exists right at the cutting edge of performance and technology yet allows the driver to feel the emotion and thrill of complete connection and control.” 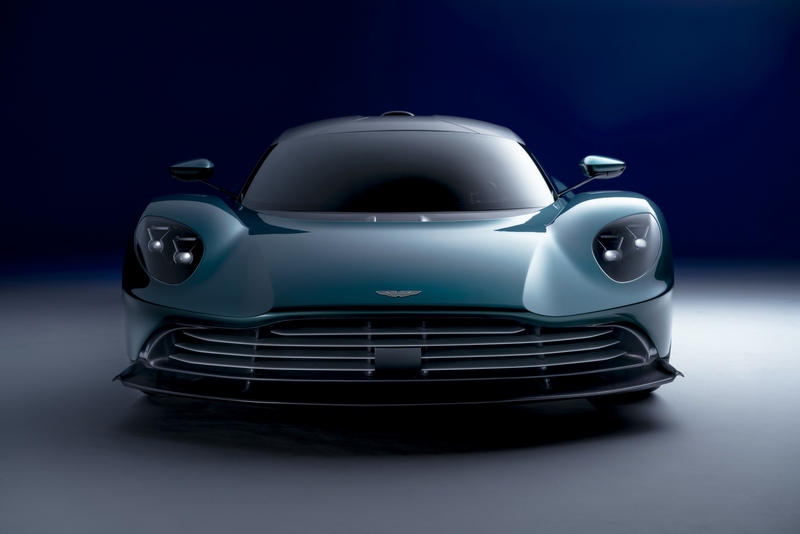 At the beating heart of Valhalla is its all-new PHEV powertrain, which features three motors; foremost of these is a rear-mid-mounted 4.0 litre twin-turbo bespoke V8 engine. The most advanced, responsive and highest performing V8 engine ever fitted to an Aston Martin, it features a flat-plane crankshaft for increased responsiveness. Revving to 7200rpm and developing 750PS, it sends drive exclusively to the rear axle. Exhaling through a lightweight exhaust system with active flaps for an adjustable and authentic Aston Martin sound character it also features top-exit tailpipes to maximise visual and aural drama.

Supplementing this new V8 engine is a 150kW/400V battery hybrid system utilising a pair of E-Motors; one mounted on the front axle and the other on the rear axle. The electric system contributes a further 204PS for a headline combined power output of 950PS. When
driven in EV mode battery power is directed exclusively to the front axle. In other driving modes battery power is split between front and rear axles, the percentage sent to each axle constantly varies according to driving demands. In certain situations, 100% of battery power can be sent to the rear axle, supplementing the full force of the ICE V8 for maximum performance.

Completing the powertrain is an all-new 8-speed DCT transmission. Exclusively designed and built for Aston Martin, this new paddle-shift gearbox has been developed specifically for the hybrid era. Featuring e-reverse (which utilises the PHEV’s electric motors and thereby saves weight by negating the need for a conventional reverse gear) the transmission also features an Electronic Limited-Slip Differential (E-Diff) on the rear axle for maximum traction and handling agility. 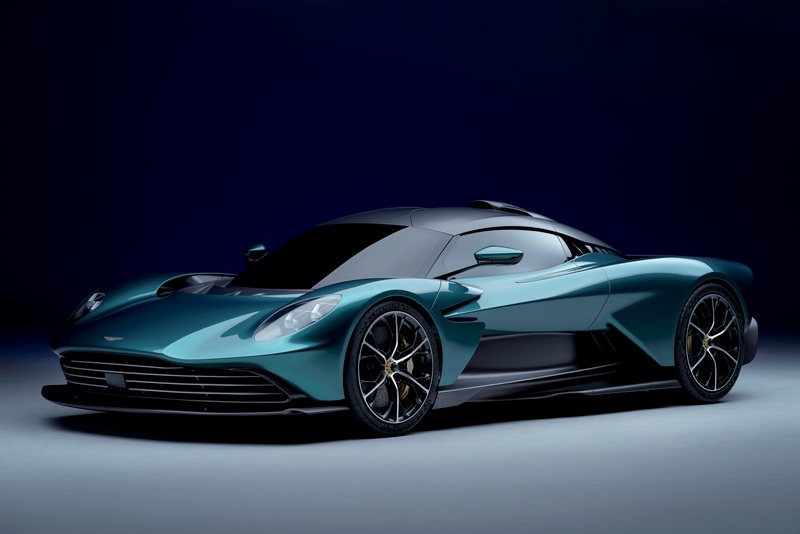 Electrical power is also used to enhance low speed control and response as well as provide reversing capability. And, thanks to the instantaneous torque from the E-Motors, the hybrid system augments the V8 engine to deliver sensational standing start acceleration and in-gear response. Outright performance is further aided by the E-Motor and V8 ICE being able to run different gears in the DCT simultaneously, which enables a maximum torque delivery of 1000Nm.

Running in EV-only mode, Valhalla will be capable of a maximum 80mph / 130km/h and has a zero-emission range of 15km. Predicted CO2 (WLTP) is less than 200g/km. Unleashing all 950PS the Valhalla will reach a top speed of 217mph / 330km/h and will complete the sprint from 0-62mph in just 2.5 seconds. In terms of outright track capability, a stunning 6:30 Nürburgring Nordschleife lap time is being targeted.

Cockpit room has been increased compared to the Aston Martin Valkyrie, though many Formula One inspired hallmarks remain, such as a pared back cockpit design with clear, simple ergonomics unashamedly focussed around the driver. An innovative new Aston Martin HMI system features a central touchscreen display and incorporates Apple CarPlay and Android Auto. Adjustable pedals and steering column enable the seat bases to be fixed to the chassis structure. The footwells are also raised for a low hip-to-heel seating position redolent of a Formula One car. 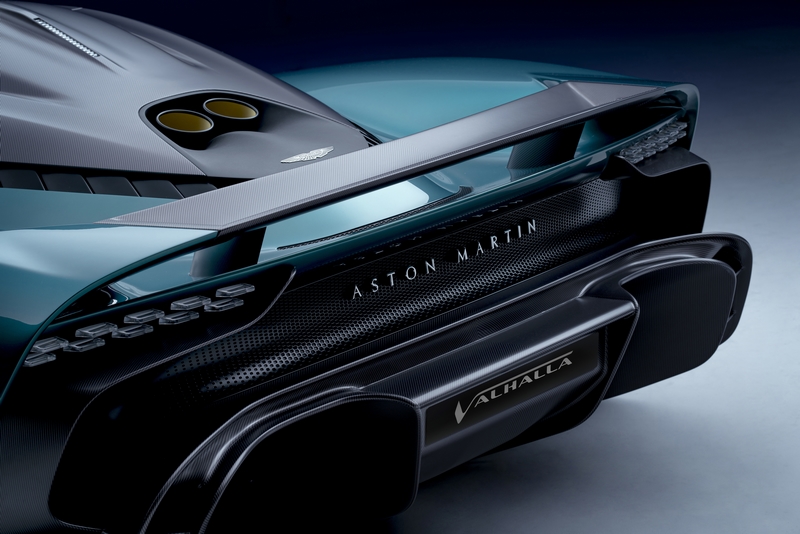 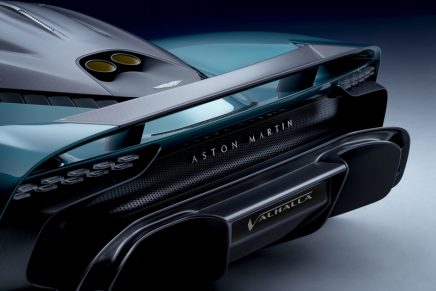 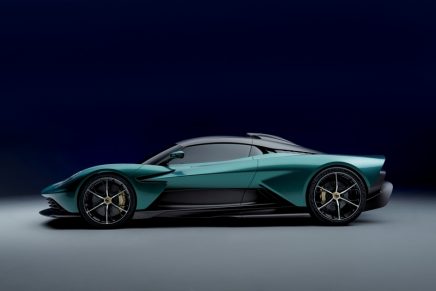 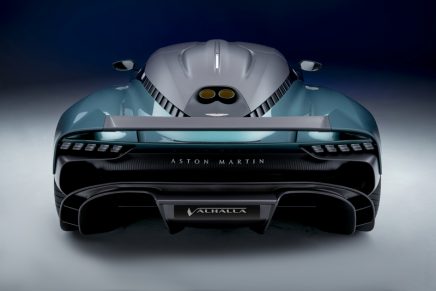 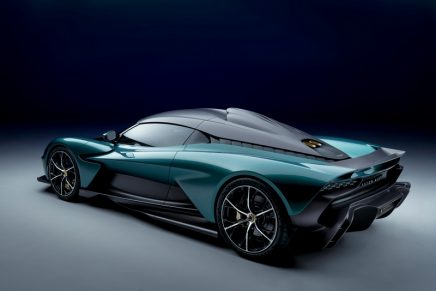 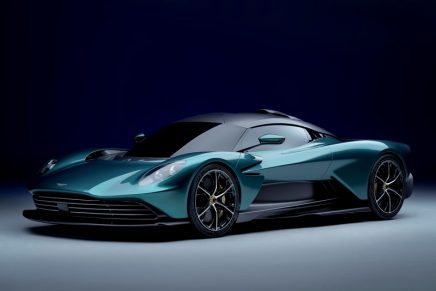 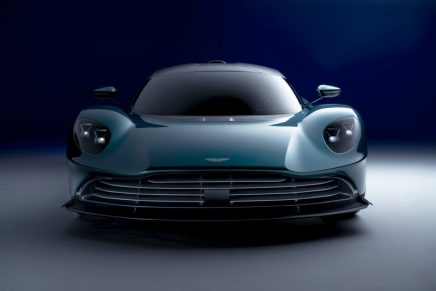