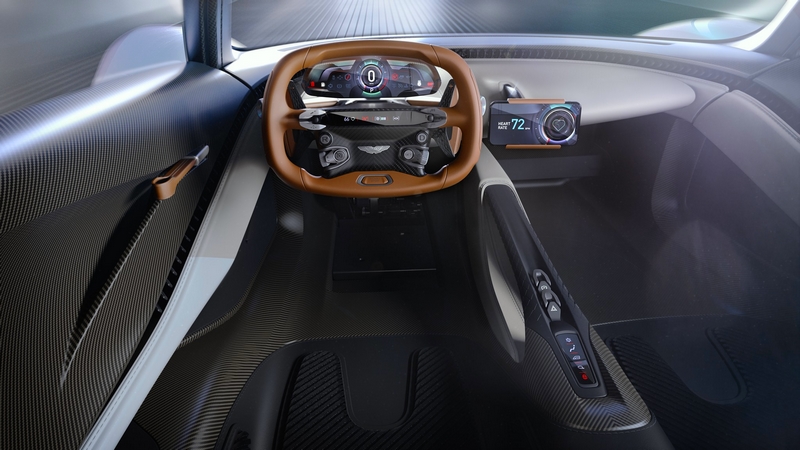 James Bond has appeared behind the wheel of many vehicles: from a Lotus Esprit that turned into a submarine to a rather less glamorous Ford Mondeo. But Aston Martin is the carmaker most closely associated with the fictional spy, and it is hoping its new SUV can cause as much of a stir as 007’s sleek sports cars.

The first DBX will leave the production line at Aston Martin Lagonda’s new factory in St Athan, south Wales, in the first half of 2020, in a major departure for the British manufacturer as it tries to rapidly double its annual production numbers.

The DBX, the brand’s first sports utility vehicle in its 106-year history, is part of a strategy by the chief executive, Andy Palmer, to bring the carmaker into the modern era and broaden its appeal beyond its mainly male sports car clientele.

Speaking at the factory, which is already producing test vehicles, Palmer said Aston Martin was targeting the tens of thousands of multimillionaire women in countries such as the US and China who are able to spend more than £140,000 on a car.

“The DBX is seen as being neither male- nor female-biased – it’s neutral,” he said, referring to the results of testing with wealthy SUV owners.

The facility, still in the process of being completed, is situated on an old RAF base, which the Ministry of Defence handed over for commercial use after political interventions to secure employment in the UK. The Welsh government is paying for a new access road.

The factory will eventually employ about 1,000 people – a particular boon for south Wales, which fought off competition from Birmingham, Alabama, as well as from British rivals.

The site is just a 20-minute drive from Ford’s Bridgend engine plant, which the US carmaker last week said would close in September 2020, at the cost of 1,700 jobs. But they will not find it easy to switch to Aston Martin. Keith Stanton, Aston Martin’s head of manufacturing, said he expected that many Ford employees would have transferable skills but in previous rounds of recruitment there had been 100 candidates for every available job.

Ford’s decision came during one of the most challenging periods faced by the British car industry, with carmakers struggling with slumping demand for diesel engines amid growing concerns about air pollution, as well as a near freeze in investment because of Brexit uncertainty.

In February the Japanese carmaker Honda announced its Swindon factory would close in 2021, and Nissan abandoned a decision to invest in building its new X-Trail vehicle at its Sunderland plant, with Brexit in particular thought by industry experts to have been a contributing factor.

Aston Martin has not been immune. It has struggled since floating in October at £19 a share, when the company was valued at about £4.3bn. Since then the value of Britain’s only listed carmaker has fallen by almost half, trading at just over £10 on Monday.

The company has been hit by higher than expected marketing costs, as well as the considerable costs of carrying out the initial public offering and £30m set aside for Brexit preparations. It made a loss before tax of £17.3m in the first quarter of the year.

However, Aston Martin is still having success in China. While lower-cost carmakers have struggled as sales to Chinese buyers last year fell for the first time in almost three decades, Palmer said he had seen little sign of any difficulty selling in China.

The St Athan factory will eventually build about 7,000 vehicles, matching Aston Martin’s main facility in Gaydon, Warwickshire. Two new models under the Lagonda luxury marque, which has been revived as a battery electric vehicle brand, will account for about 2,000 of these.

But before that, if Palmer’s plans succeed, the DBX SUV should become Aston Martin’s best-selling car, with 5,000 to be built in 2021.