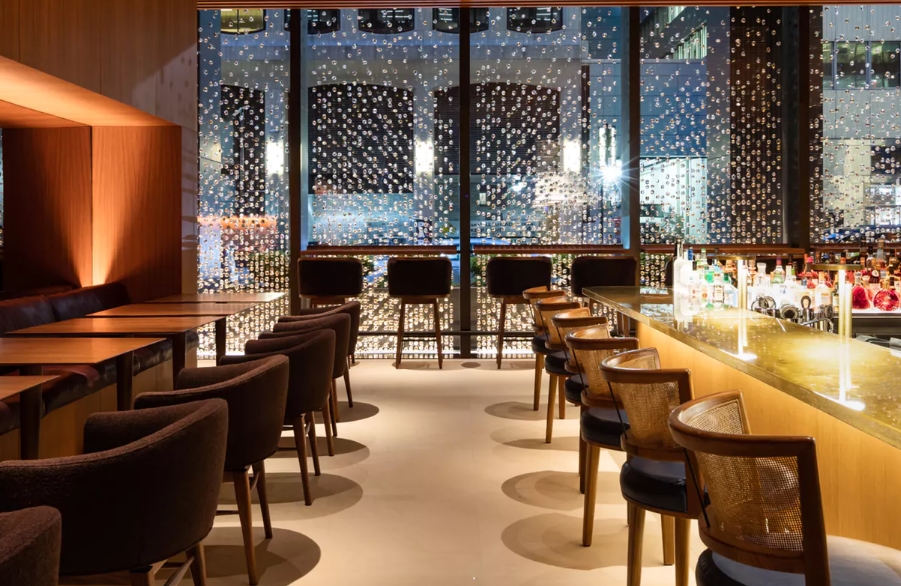 This article titled “New York’s Four Seasons Restaurant to close less than a year after reopening” was written by Martin Pengelly, for theguardian.com on Saturday 8th June 2019 18.59 UTC

The Four Seasons Restaurant in New York is to close, less than a year after it reopened away from the Seagram Building, the masterpiece of modern architecture which was its home for almost 60 years and which it came to complement as a high point of 20th-century art, style and design.

Related: A man for Four Seasons: my goodbye to New York’s modernist cathedral

In a statement to the New York Times, managing partner Alex von Bidder said: “Regretfully … the Four Seasons Restaurant will close the week of 10 June. We have been privileged to work with one of the finest culinary teams and outstanding staff that has stayed with us through some challenging times over the course of our history.”

Last service will be at lunch on Tuesday.

The Four Seasons opened in 1959, inside the Park Avenue skyscraper built by the Bauhaus architect Ludwig Mies van der Rohe.

The architect Philip Johnson was responsible for the dazzling restaurant interior, in which he was often to be found. It was home at various times to art including Blue Poles, a major work by Jackson Pollock that is now in the National Gallery of Australia in Canberra, and a painting by the pop artist James Rosenquist. A Mark Rothko mural series commissioned for the restaurant ended up housed in Tate Modern in London.

The Four Seasons served good food but most reviewers came to think the menu was never really the point of a restaurant which became a stage for the high, the mighty and, after a meal and drinks, the mightily high.

In 2016, on the brink of the Four Seasons’ ejection from the Seagram and the auctioning of its contents, a sale which raised $4.1m, the critic Jason Farago rhapsodized for the Guardian: “The restaurant’s heyday was the 1970s. Outside, the city came within days of bankruptcy, and the streets were choked with crime. Inside, tycoons and socialites conducted a choreographed spectacle of dining and table-hopping worthy of France’s ancien régime.

“New York’s world of publishing gravitated to the Grill Room, as did magazine editors with expense accounts larger than the entire budgets of today’s viral content abattoirs. (‘I’ve hatched every one of my deals in the booths over that swordfish and salad,’ whirrs Tina Brown.)”

But the Four Seasons was not just about luxury or frivolity. In a lecture given at the restaurant in 1997, the architectural critic Paul Goldberger praised its “incredible sequence of spaces, from the downstairs entry and lobby up that Miesian staircase, into the Bar Room, then ahead, perhaps up to the balcony; or left and through the travertine corridor with the Picasso to the Pool Room.

“In each case a magnificent architectural processional, through monumental space – the whole thing a proof that our age had not given up entirely on monumentality.”

Recently, Manhattan buzzed over the fate of a particularly monumental feature, the Picasso, a huge stage curtain for the ballet Le Tricorne. It ended up in the New York Historical Society. And now, inevitably, the Four Seasons will be history too.

After losing its lease at the Seagram under new owner Aby Rosen, the restaurant moved around the corner, opening on East 49th Street in August 2018. Then, in December, Von Bidder’s longtime partner, Julian Niccolini, resigned amid allegations of sexual misconduct.

This week, Von Bidder told the Times it was “hard to measure” the impact of Niccolini’s departure. More prosaically, he said the “restaurant world has changed” and the Four Seasons had met a fate common to eateries of any stripe seeking to thrive in the Manhattan jungle.

It “just couldn’t make it”, he said, when it came to “doing enough business to satisfy” its investors.

In the confines of a tweet, Goldberger responded to the news.

“We are losing a part of the soul of New York.”