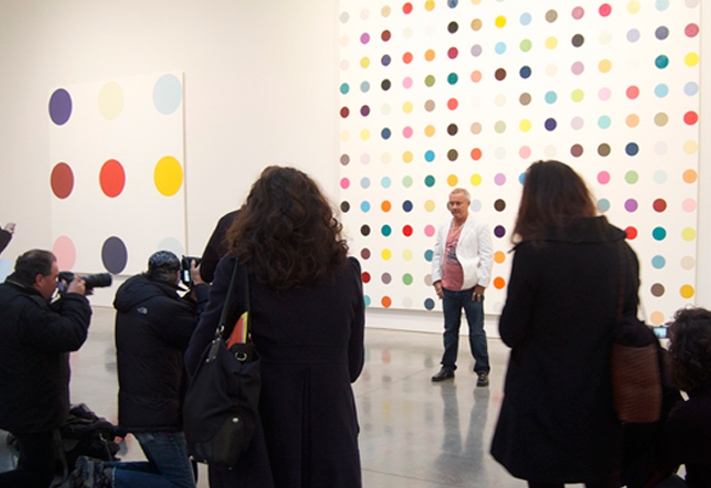 English artist, entrepreneur and art collector Damien Hirst (b. 7 June 1965), reportedly Britain’s richest living artist, has unveiled plans to build more than 500 landmark eco-homes in his adopted hometown of Ifracombe, which he hopes will regenerate the region and provide a national blueprint for environmental housing. Building work could begin next year.

The houses would be modern in design and could incorporate state of the art environmental features such as photovoltaic panels, concealed wind turbines in the roofs and increased insulation.

“We don’t want to make anything pastiche but we need to take into account the themes of existing local buildings. We hope to incorporate features such as pitched roofs, bay windows, smart gable ends, short terraces and robust materials used in a decorative manner. The development should provide a fusion between the town to the north and the countryside to the south. Damien also wants each house to be practical, make the most of natural light, be big enough to live in well and boast spectacular views,” said to thisisnorthdevon architect Mike Rundell, one of Damien Hirst‘s representatives.