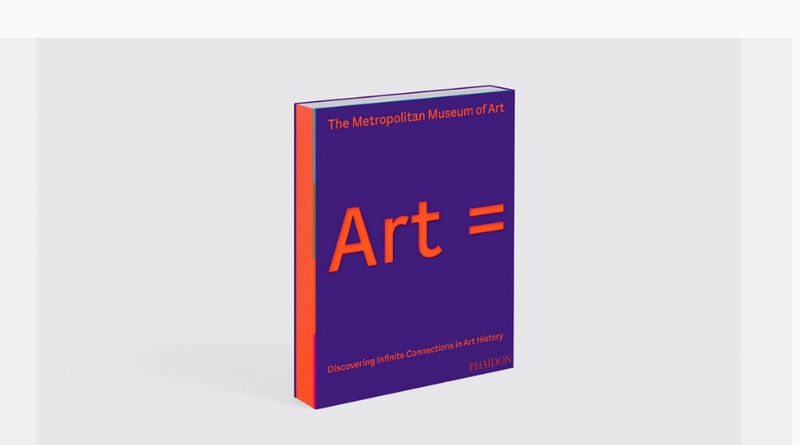 Art = Discovering Infinite Connections in Art History An entirely new approach to exploring global art history, presented through the lens of one of the world’s leading art museums; @phaidon.com

This article titled “Art books to self-isolate with, from Patti Smith to Lucian Freud – the week in art” was written by Jonathan Jones, for theguardian.com on Friday 20th March 2020 16.00 UTC

Art memoir of the week

Just Kids by Patti Smith
Stuck at home and want to read a vivid book that’s more living art than dead art history? An eyewitness memoir might do the trick. They don’t come better than Patti Smith’s beautifully written, utterly intimate and frank account of her love for Robert Mapplethorpe. This not just one of the best books you can read on contemporary art but a classic of American literature.
• Just Kids is published by Bloomsbury.

More art books to self-isolate with

Life With Picasso by Françoise Gilot (with Carlton Lake)
The woman who survived Picasso shares her up-close account of an artistic titan who was a domestic beast.
• Life With Picasso is published by Little, Brown.

Man With a Blue Scarf by Martin Gayford
There can’t have been a better way to know Lucian Freud than sitting for a portrait by him. Gayford combines a day-by-day account of this experience with acute critical insight to create a serious book that goes down like an oyster from Wheeler’s.
• Man With a Blue Scarf is published by Thames and Hudson.

My Last Breath by Luis Buñuel
The great film director’s memoirs may not be entirely reliable but his sharp, cruel pen-portraits of his collaborator Salvador Dalí and other surrealists are a wicked delight. His recipe for the perfect martini may also be of assistance in these tense times.
• My Last Breath is published by Penguin.

Buskers perform to an audience of none outside the National Gallery in London. The gallery is just one of many worldwide to have shut its doors for the foreseeable future due to the coronavirus outbreak. Read our list of major cancellations of museums, festivals and more.

A street art project spreaded love and unity in a pandemic

How Rembrandt, Titian and Caravaggio can guide us through the coronavirus crisis

Deserted streets and shuttered pubs stripped of cheers, speeches and marching bands marked a St Patrick’s day like no other

… with his portraits of smiling teenagers from south London

We revisited our coverage of the death of Aubrey Beardsley from 1898, an artist who knew the value of line

The Guardian’s Murdo McLeod captured the snowy slopes of Scotland

A lock of Elvis’s hair, the skull of Pablo Escobar’s hippo, a stuffed ‘swoose’ are among Victor Wynd’s macabre oddities

Historic, high-value paintings were stolen from an Oxford college gallery

African photographers explored why ‘a queer person can be anybody’

NYC voguing burst into London with DJs and disco extravagance

From bridges to cities, China is modernising at breakneck speed

Sunflowers, 1888, by Vincent Van Gogh
Coronavirus has closed most museums and galleries in the UK, but some works of art are so vibrant they blaze even as reproductions. The rugged surface of Van Gogh’s Sunflowers, as if scarred by the passion with which he loaded each brush stroke, gives this painting a substantial and organic presence that can be felt almost as strongly on the National Gallery’s website as in its real presence. (The Sunflowers were put under quarantine in Tokyo in late February, as part of 60 masterpieces on tour.) It would be fatuous right now to show some escapist summer scene as a pick-me-up. Van Gogh’s joy in these yellow flowers, however, has a hard-won, desperate quality. He painted them soon after fleeing Paris, where drink and despair were killing him, for the south of France. He found a little house he liked in Arles, and painted a series of sunflower decorations all saturated, this one perhaps most of all, with his sheer wonder at a southern light and heat he’d never experienced before. This a reverent prayer to life itself.
• National Gallery website.

If you don’t already receive our regular roundup of art and design news via email, please sign up here.