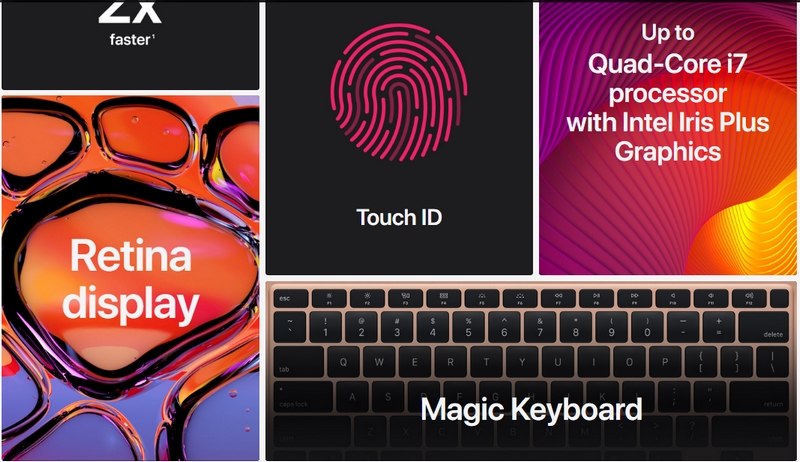 Apple has released a new version of its top iPad Pro with new 3D depth-sensing lidar technology and a revamped MacBook Air with a new keyboard, as it attempts to continue normal business in spite of the coronavirus pandemic.

The new 11in and 12.9in iPad Pros resemble the previous major redesign made in 2018, complete with slim bezels all round and Face ID facial recognition. But they also have a new lidar-based depth sensing system, a technology typically found on self-driving cars.

The lidar scanner can measure the distance of objects up to five metres away, working both indoors and outside, designed for enhanced augmented reality.

The tablet also has a new ultra-wide camera and is aimed at media creation, with improved microphones and new, more powerful A12Z Bionic processor, which Apple says is more powerful than most Windows PC laptops.

Alongside the iPad Pro, Apple released a new Magic Keyboard accessory, which has a traditional MacBook-like keyboard but also a trackpad that brings precision pointing to the iPad for the first time. The keyboard also has its own USB-C port and an adjustable hinge supporting the tablet at a range of angles, essentially turning it into a laptop.

Trackpad support will be available for previous iPads that support the iPadOS 13.4 released on 24 March, enabling support for both Apple’s keyboards and mice, but also third-party devices via Bluetooth or USB.

Apple’s entry-level MacBook Air has also been updated, gaining the new Magic Keyboard, which was first introduced with the firm’s top 16in MacBook Pro and aims to put to bed the multiple issues associated with its butterfly keyboard introduced in 2015.

The new MacBook Air also gained a specification increase, with 10th-generation Intel Core i7 quad-core processors and Iris Plus graphics, offering twice the performance and 80% faster graphics. Apple also increased the starting storage amount to 256GB, with models with up to 2TB of storage available for the first time.

The new MacBook Air starts at £999, £100 less than the previous version, shipping from 6 April.