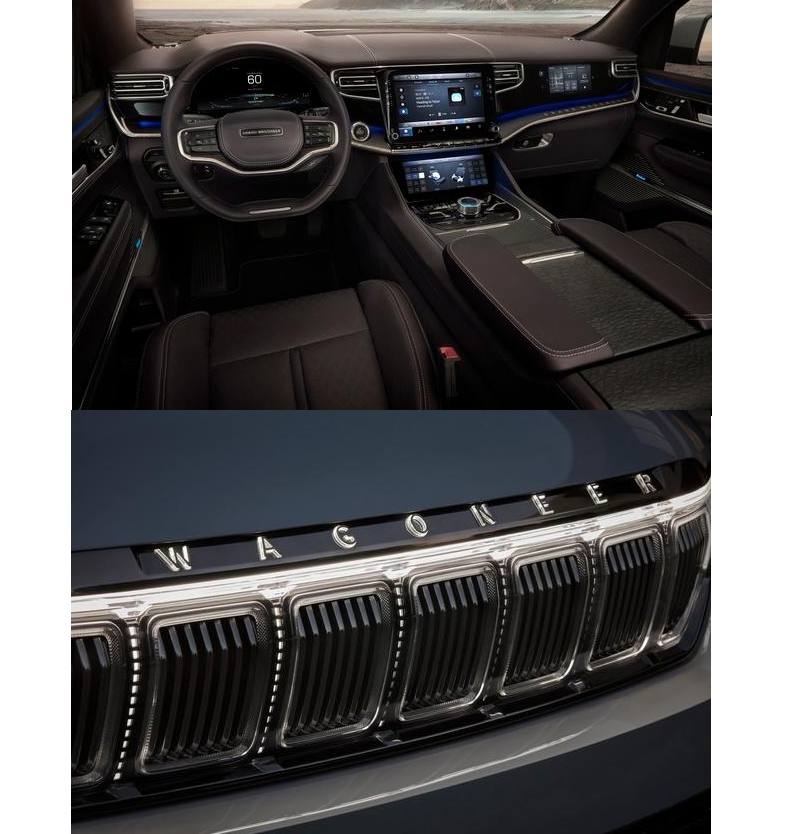 Grand Wagoneer Concept is a modern expression of the original ultimate premium SUV.

With the electrification of each Jeep nameplate coming in the next few years, and the reintroduction of Wagoneer, Jeep is quickly expanding into new segments and more premium space.

An all-new Grand Wagoneer Concept – introduced last week in Detroit – marks the rebirth of a classic and premium American icon, providing a vision of what the modern expression of the original ultimate premium SUV can be. The Grand Wagoneer Concept’s debut instantly positions the storied Wagoneer name as a premium extension of the Jeep brand. Wagoneer will define “American Premium”.

The Grand Wagoneer Concept SUV boasts a wide array of leading-edge premium technology – including an electrified powertrain, sophisticated 4×4 off-road systems, and a first-ever passenger screen in an SUV that is part of and an unmatched selection of upscale, premium interior features. 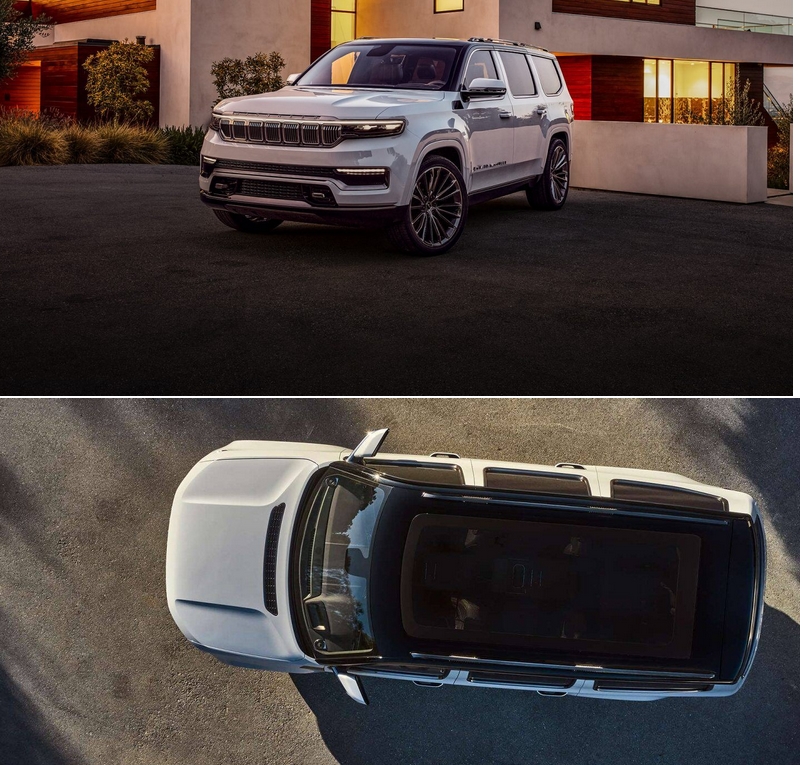 The Grand Wagoneer Concept is inspired by the original, but with a modern interpretation of luxury and freedom.

“For more than a quarter-century, the first Wagoneer and Grand Wagoneer created a new segment for American consumers as the ultimate premium SUV of its day,” said Christian Meunier, Global President of the Jeep brand – FCA.. “The new Grand Wagoneer Concept is our vision of what a modern expression of this timeless icon can be, and hints at how we will redefine and recreate the benchmark premium SUV.”

Born in America in 1962 for the 1963 model year, Wagoneer was the first four-wheel-drive vehicle mated to an automatic transmission,  pioneering the first modern SUV. The 1984 Grand Wagoneer marked the beginning of the premium SUV, giving buyers an unheard-of  combination of standard features, such as leather upholstery, air conditioning, AM/FM/CB stereo radios, and added sound insulation, with a dramatic increase in horsepower and torque. 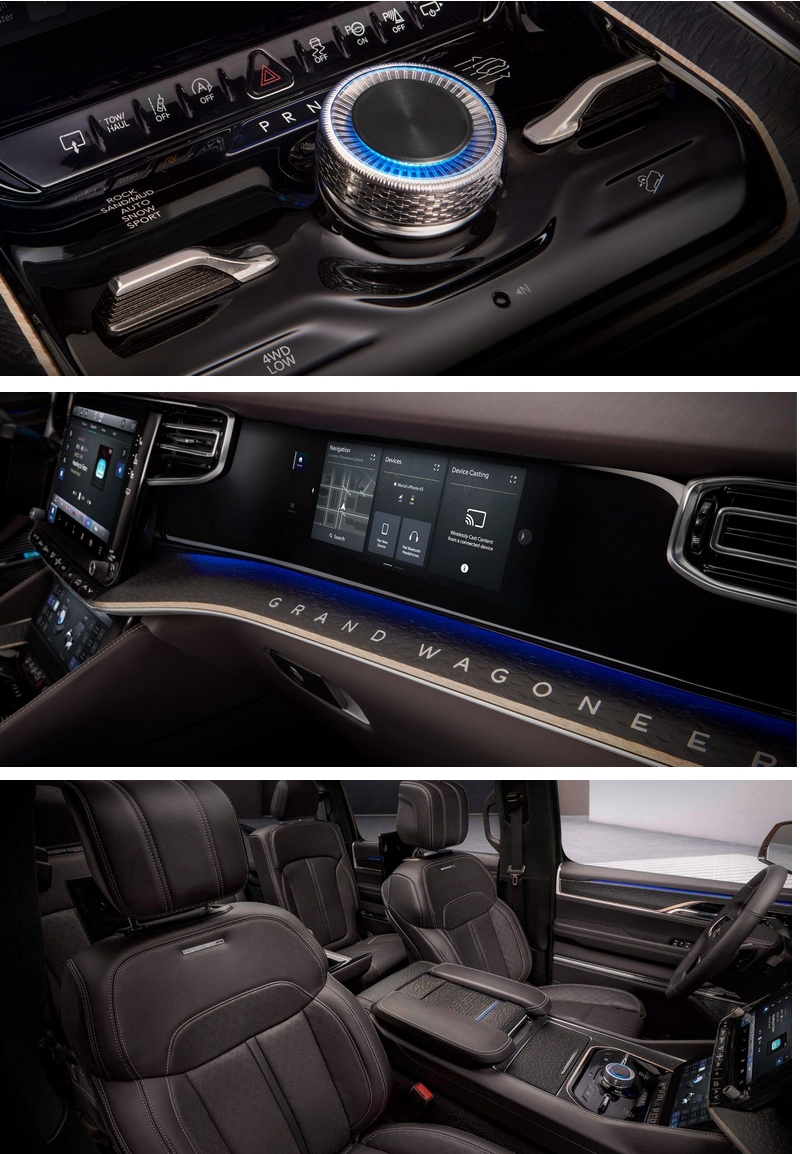 With this new Concept, the Grand Wagoneer nameplate features – for the first time ever – a spacious third row.

Production versions of the Wagoneer and Grand Wagoneer are slated to arrive in showrooms next year. They will be reborn in America – in Warren, Mich., near downtown Detroit. As a nod to its manufacturing home and the Brand’s headquarters, the Concept’s full-pane glass roof houses a map showcasing Detroit and the surrounding area.

When the production version of the Grand Wagoneer arrives next year, it will boast leading capability courtesy of three available 4×4 systems and the renowned Quadra-Lift air suspension, premium driving dynamics with an independent front and rear suspension, unmatched towing capability, powerful performance, advanced technology, safety and connectivity, a new level of comfort and overall passenger volume – all wrapped in an elegant new design. 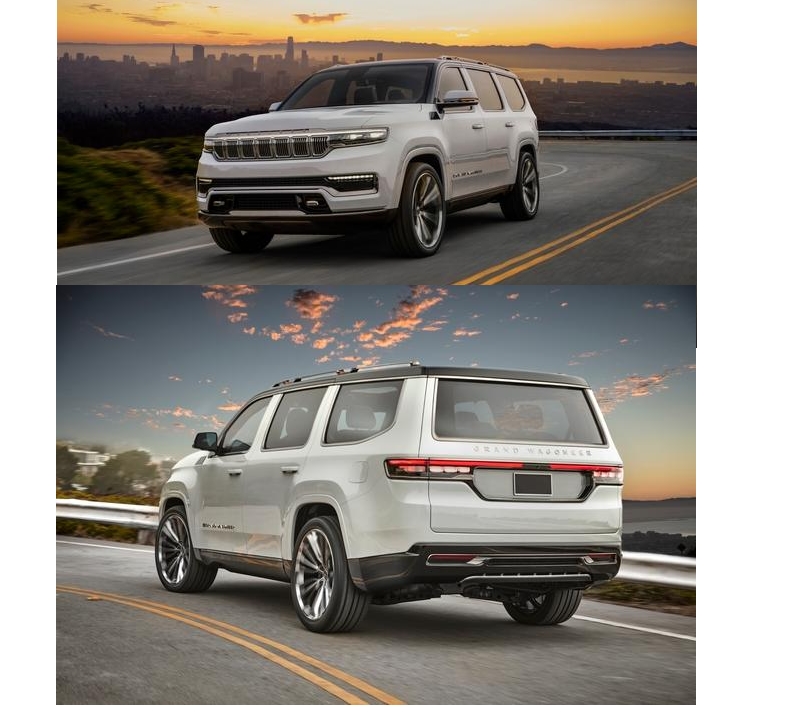 The Grand Wagoneer Concept’s elegance is on full display before the doors even open. Upon remote activation, the full suite of exterior LED lights subtly engage with a full “welcome” sequence that brings the concept vehicle to life.

The Grand Wagoneer Concept offers a grand interior for up to seven passengers thanks to its spacious comfortable front- and second-row captain’s chairs as well as its third-row – a first for the Grand Wagoneer nameplate.

The Grand Wagoneer Concept features a no-compromise plug-in hybrid electric vehicle powertrain system, in line with the Jeep brand’s plans to offer electrification options on all models in the next few years. 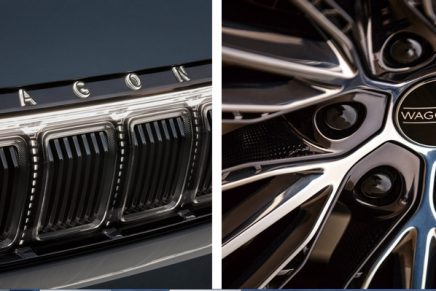 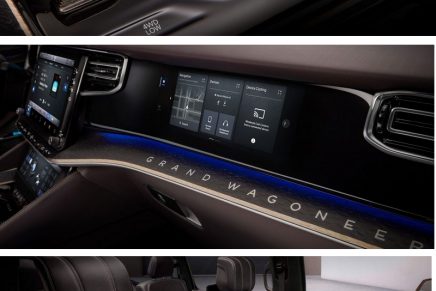 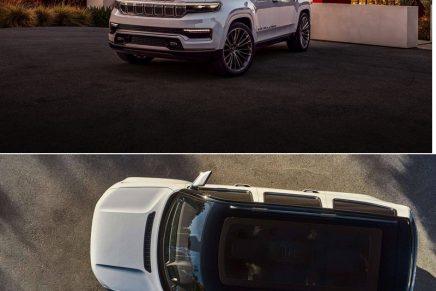 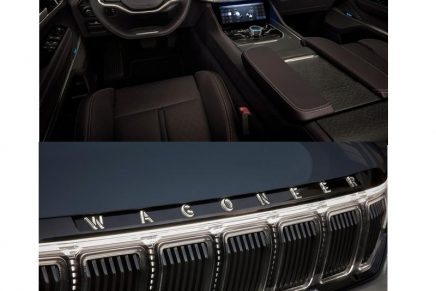 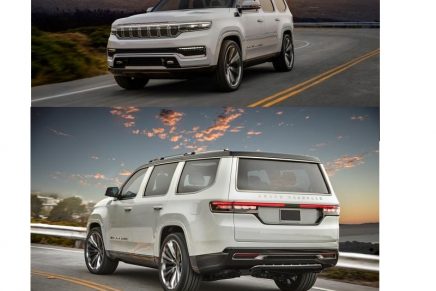