Georgia May Jagger for Mercedes-Benz 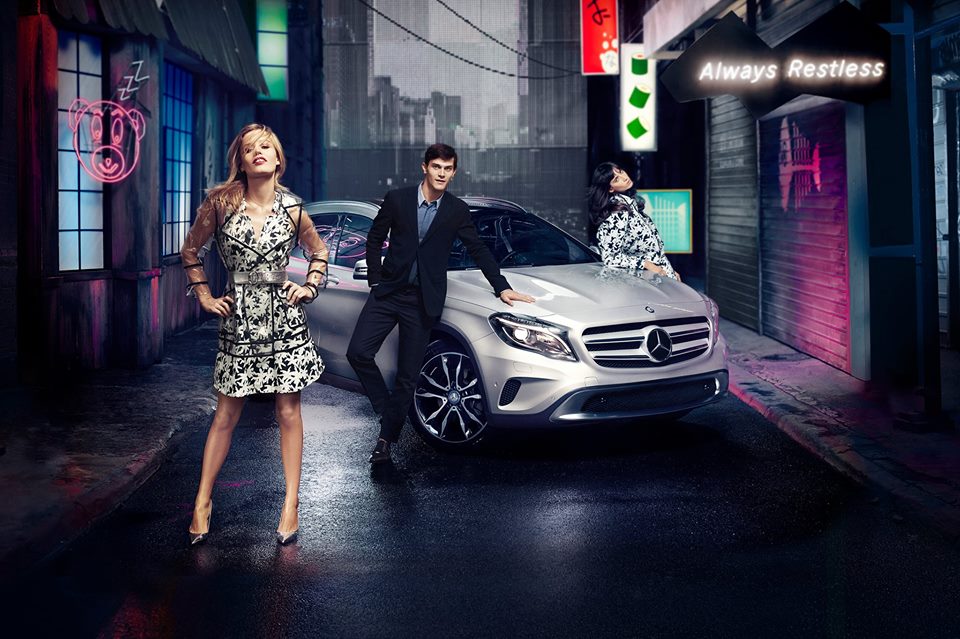 Always restless like New York City itself, model Georgia May Jagger, the rock and roll daughter of Rolling Stones singer Sir Mick Jagger, is the new face of the Mercedes-Benz GLA.

The new two-minute clip for the campaign of the German automobile maker was shot by renowned fashion photographer Serge Leblon and directed by David Carette. The model daughter of Mick Jagger and fashion legend Jerry Hall meets the new GLA in a dark, neon-lit cityscape, before saying “Let’s go somewhere else.”

Georgia was dressed by Fashion editor Nicoletta Santoro in a palm-print mini skirt worn underneath a clear perspex coat, matched with silver heels.

With the new GLA, Mercedes-Benz is adding a fifth attractive SUV variant to its model portfolio. As the fourth out of a total of five new compact models from Mercedes-Benz, the GLA is the first SUV to be optionally available with the new generation of the 4MATIC permanent all-wheel drive system with fully variable torque distribution. The compact SUV is now available for ordering with immediate effect, with the first models due to arrive at dealerships in March 2014. Prices in Germany start at €29,303.75 for the GLA 200.

With the three lines comprising “Style”, “Urban” and “AMG Line”, packages such as “Night” and “Exclusive” and also further optional extras, the GLA offers broad scope for individualisation.