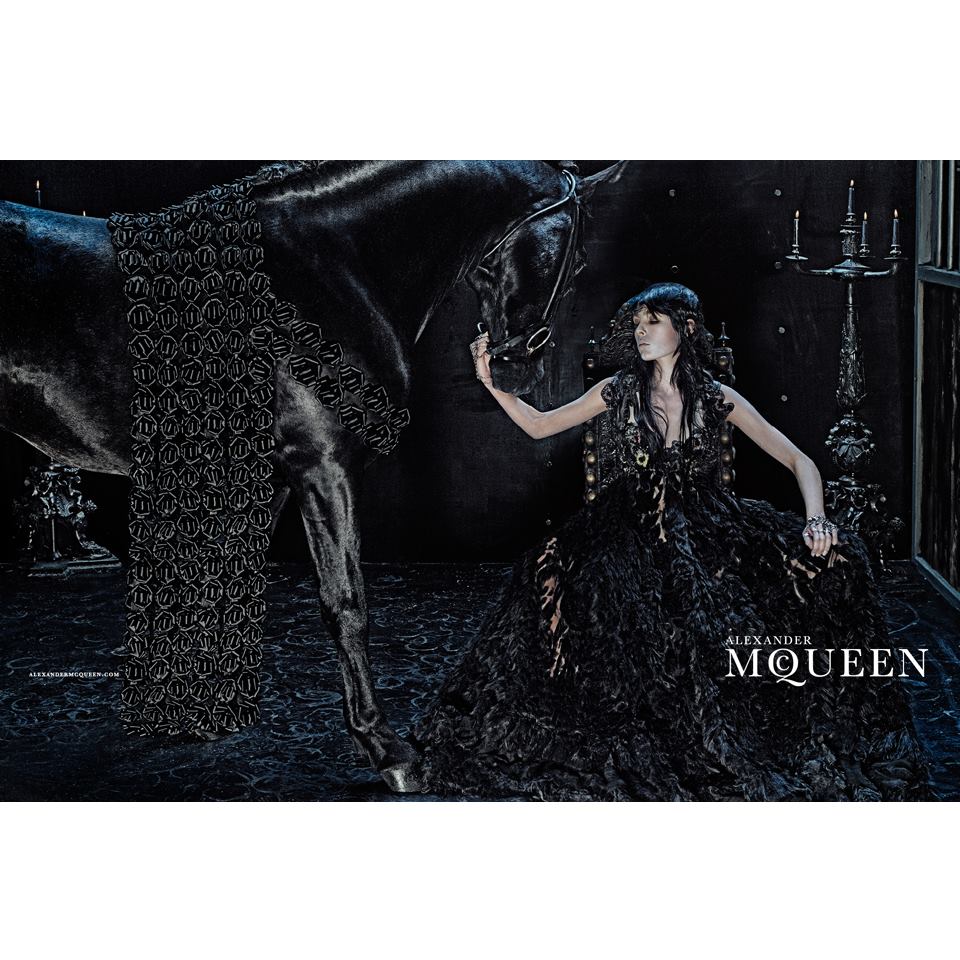 Alexander McQueen’s sensual and light approach to construction from the Fall-Winter 2014- 2015 show held earlier this year in Paris is transferred to the luxury brand’s opulent fall campaign.

For the second time, British model Edie Campbell has appeared in the British house’s advertising. The model competed at Goodwood and appeared at the Gucci Masters event last December. 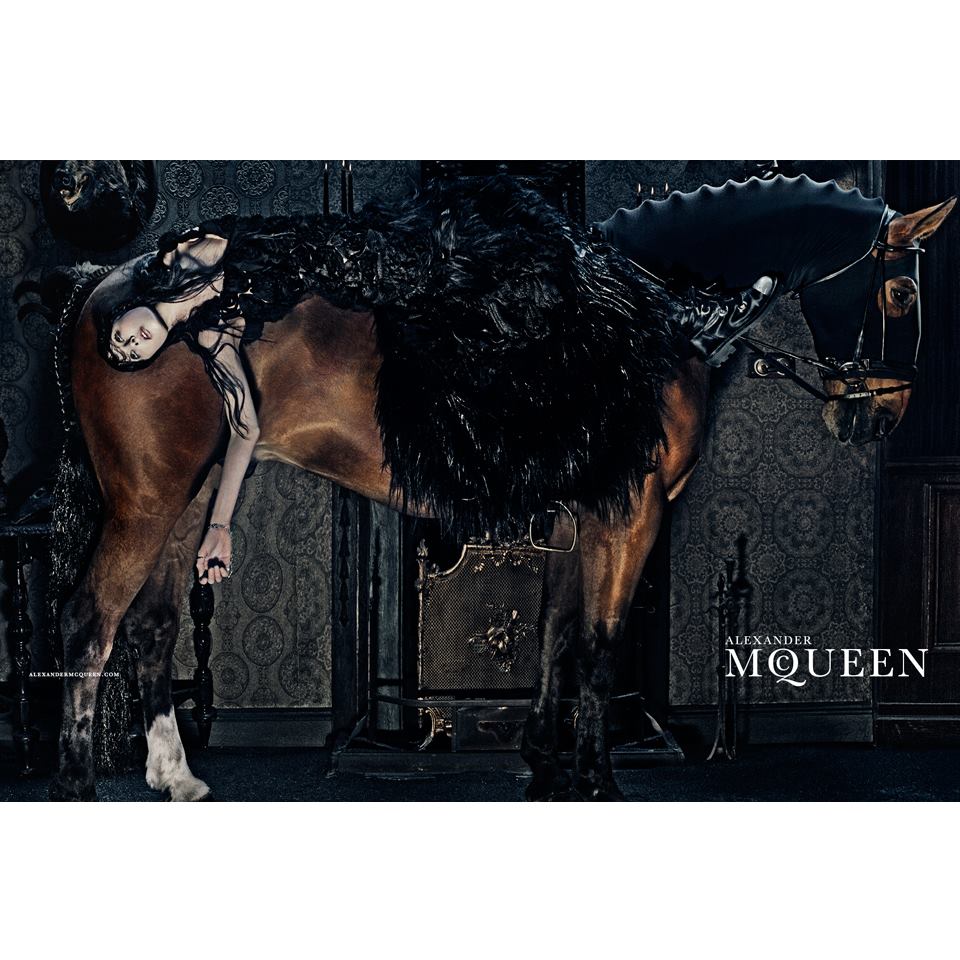 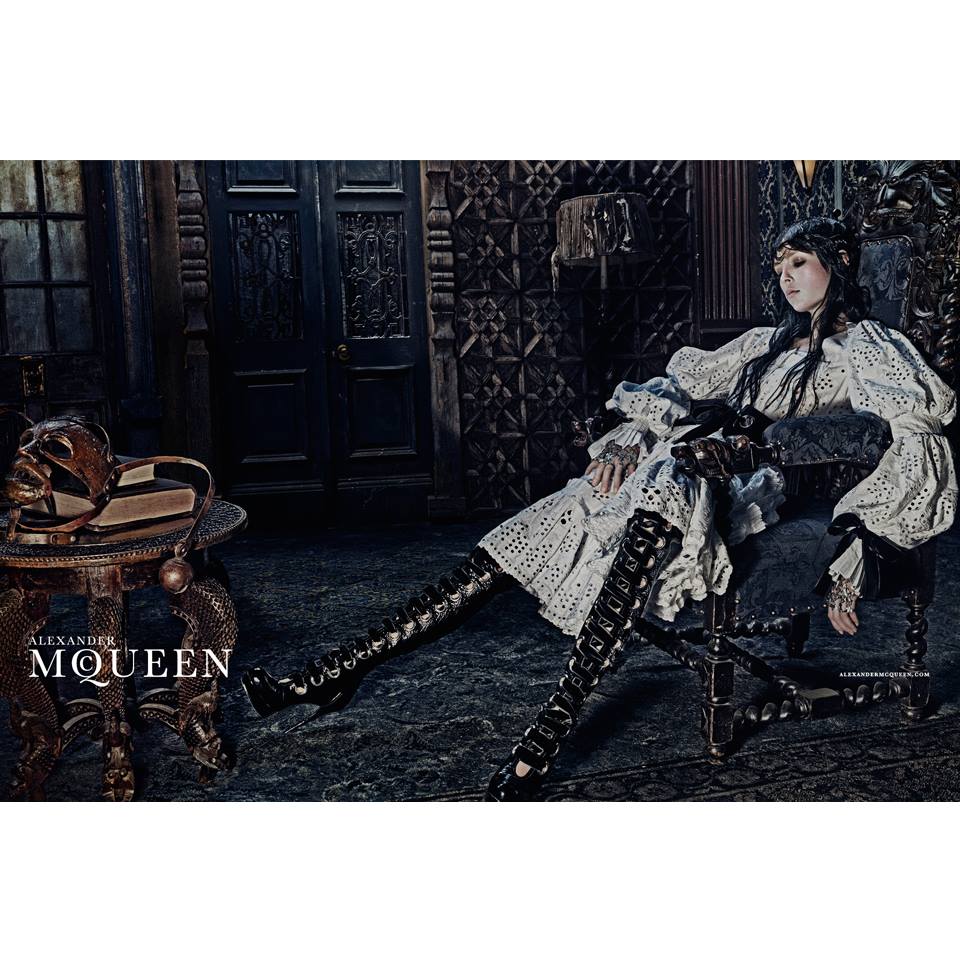