Adut Akech is currently one of the fashion industry’s most in-demand talents, winner of the coveted Model of the Year honor at The Fashion Awards in 2019 and included on the 2019 TIME100 Next list.

Born during a journey to Kakuma refugee camp in Kenya, South Sudanese native Adut spent her earliest days as a
refugee. Adut and her family eventually emigrated to Adelaide, Australia, where she joined a local modeling agency as a student. In 2016, she was cast as a global exclusive for Anthony Vaccarello’s debut Yves Saint Laurent show. Since then, she has become the muse of renowned designers such as Valentino’s Pierpaolo Piccioli and Chanel’s late Karl Lagerfeld, and has walked for Alexander McQueen, Calvin Klein, Miu Miu, Prada, and more.

“Adut is one of fashion’s biggest and most influential stars,” said Stéphane de La Faverie, Group President, The Estée Lauder Companies & Global Brand President, Estée Lauder and AERIN. “We believe her incredible story, personality and beauty will help us continue to inspire and connect with our consumers and establish her as a beauty icon of her generation.”

“To be part of the Estée Lauder family is a dream come true,” said Adut Akech. “Estée Lauder has such an amazing heritage, and the story of Mrs. Estée Lauder continues to be an inspiration to women around the world. Like her, I hope to inspire girls everywhere to never give up on following their dreams.”

Outside of her career in fashion, Adut has recently begun working with the United Nations High Commissioner for
Refugees (UNHCR) to promote causes that support refugees around the world. She hopes that her own story can serve as inspiration for many to become more invested in alleviating the plight of refugees. Clinique, the #1 prestige beauty brand in the US*, looks to the future with a new Global Brand Ambassador, Melissa Barrera – the talented Mexican actress and singer and star of the upcoming film ‘In the Heights’. She is the first Global Ambassador from the Americas, and a proud Latina.

Clinique has always defined beauty with a sense of optimism. As the world enthusiastically reopens and returns to in-person activities, Melissa brings joy back to the big screen as she stars in “the movie of the summer,” playing Vanessa in Lin-Manuel Miranda’s critically acclaimed, much-anticipated musical film, ‘In the Heights’. However, Melissa’s own vivacious personality and authentic voice are what make her perfect to represent Clinique around the world.

“As we look to the future, and the world begins to reopen, we are filled with a renewed feeling of positivity. Melissa is a talented, beautiful Latina that embodies this spirit of optimism. We are thrilled to bring her passion, energy, and point of view to life and celebrate her heritage that is such an important part of her identity,” states Michelle Freyre, Clinique Global General Manager.

Clinique redefined the beauty industry with its custom-fit skincare routines, which give confidence to people all over the world that they could find great skin. Known for its iconic product photography and witty headlines that speak to consumers with intelligence and respect, Clinique redefines what a Global Ambassador means for the 21st century.

“We want people of substance to represent Clinique, more than just pretty faces and talking heads. We knew immediately that Melissa’s intelligence and passion are inextricable from what make her so beautiful,” says Elizabeth Nolan, Clinique Global Creative Director.

Melissa herself adds, “I am thrilled to be a new Global Ambassador for Clinique – an iconic brand the women in my family have loved for generations. As a skincare lover, I’m enjoying discovering the Clinique of today, especially because their products are all good for skin…even the makeup! But Clinique is more than just beauty products – I am proud to be a part of a brand that is led primarily by women. I am also deeply honored to be the first Latina representing the brand globally.

Our culture is so multidimensional that one face could never be representative of the entire breadth of Latina beauty, but I’m thrilled to add my voice to this conversation – in both Spanish and English!”

Melissa’s talents span acting, singing, and dancing, and her career has taken her all over North America: studying in New York at NYU’s Tisch School of the Arts, returning home to Mexico to star in the telenovela ‘Siempre tuya Acapulco’, then back to the US for the television drama ‘Vida’ and ‘In the Heights’. She grew up in Monterrey, Mexico, and currently resides in Los Angeles. 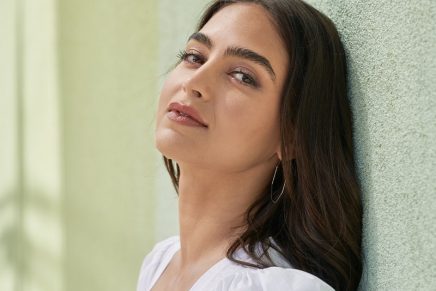