Whether drawn to a motor car steeped in rich heritage, such as the recently announced ‘Silver Ghost Collection’, or a playful adaptation of luxury theatre as revealed in the ‘Wraith Luminary Collection’, or now, embodying the darkest expressions of luxury in the Adamas Collection, the Rolls-Royce Bespoke Collective can rise to the most demanding of challenges.

Characterised by a desire for more than mere acquisition, a patron of Rolls-Royce, accustomed to luxury in all avenues of their lifestyle, seeks to commission and collect. It is at this juncture that there is a meeting of minds with the Rolls- Royce Bespoke Collective who provides a guiding hand in this commissioning process, imparting its deep understanding of the constitution of true luxury in the process. The Bespoke Collective harness this knowledge to create a limited number of highly Bespoke, rare, collectable motor cars; a Rolls-Royce Collection car. 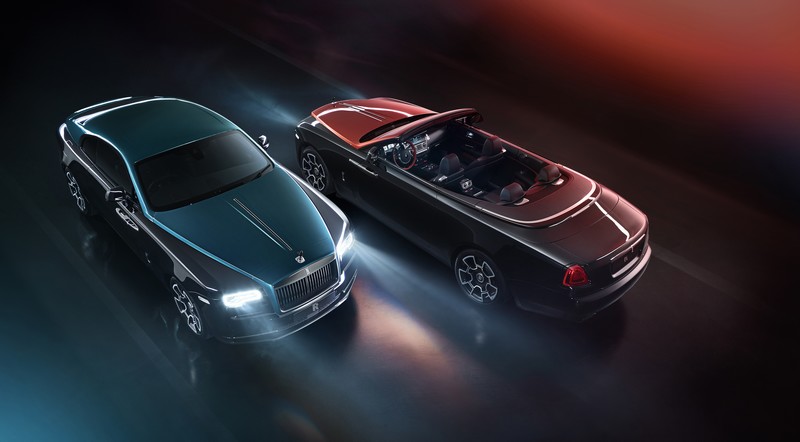 The latest project in the collection is the Adamas – a motor car for the risk-taker.

On encountering Adamas, one is immediately drawn to the Spirit of Ecstasy, who finds herself taken from the edge of darkness, into the black. She is formed for the first time in history of machined carbon fibre, personifying the very essence of the Collection.

The entrancing figure is engineered from 294 layers of aerospace grade carbon fibre, which takes 68 hours to produce with a technical weave angle of precisely 25 degrees. She confidently resides on a specially created titanium base, vapour blasted to adopt a darkened aesthetic, bearing the words ‘BLACK BADGE ADAMAS’, and the infinity logo.

One recalls the colours of the first iteration of Rolls-Royce Black Badge. The Mandarin Orange interior for Dawn and Cobalto Blue interior for Wraith from the original cars have spread to the exterior of Adamas. Darkened versions of these hues envelop the body in a hypnotic Aphrodite Red over Black and Morpheus Blue over Black two-tone respectively. These are the first two-tone Black Badge cars. These colours, as though touched by darkness, have a deep colour transition, providing a mesmerising iridescent effect. 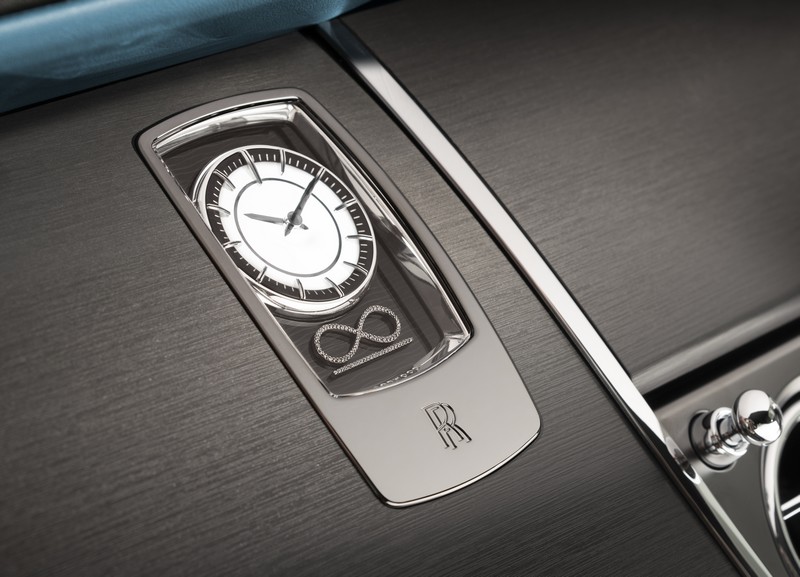 Stepping inside, one’s eye is drawn to the clock, encrusted with black diamonds. Harnessing the carbon structure in its most explicit form, 88 laboratory-grown diamonds form the Black Badge infinity symbol, providing a jewellery-like reminder of the restless spirits of the inhabitants of these motor cars.

Perhaps one of the most captivating expressions of technical craft is the interpretation of the diamond theme on the starlight headliner of Wraith Adamas. 1,340 individual fibre optic lights are configured as though forming the molecular structure of carbon as it becomes a diamond, presenting a motif reminiscent of a powerful spine running through the interior cabin. Available in either hue, co-ordinating perfectly with either colour scheme, the starlight headliner for the first time incorporates graded shading, using varying tones of the chosen colour palette to accentuate the subject.

Pearlescent effect leather, a Collection Car debut, echoes the exterior hue. The Collection premieres a new dark brushed metal fascia, designed to correspond with the carbon fibre. Cold to the touch, this metal finish flows through the motor car, through both front and rear centre console lids. 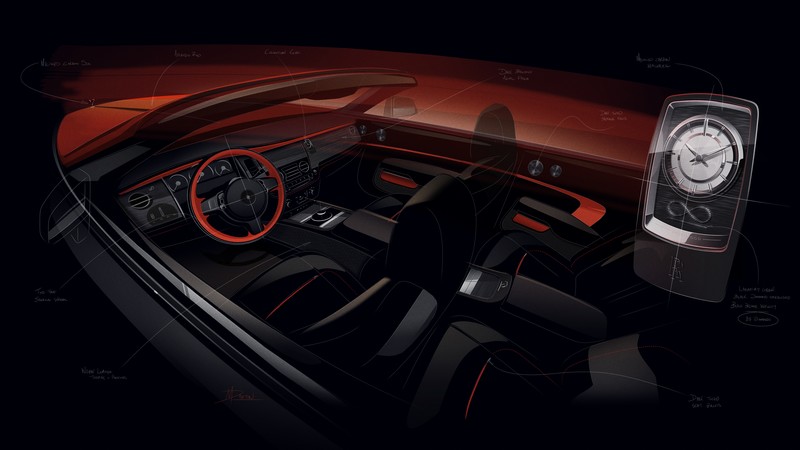 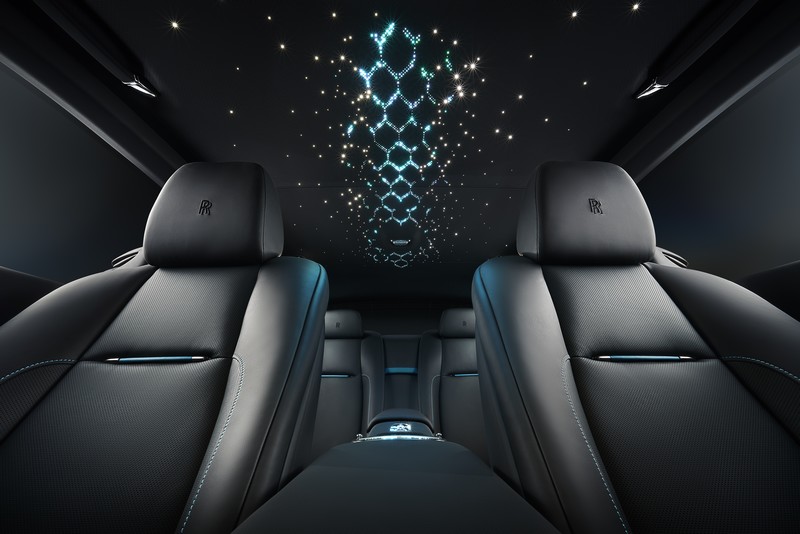 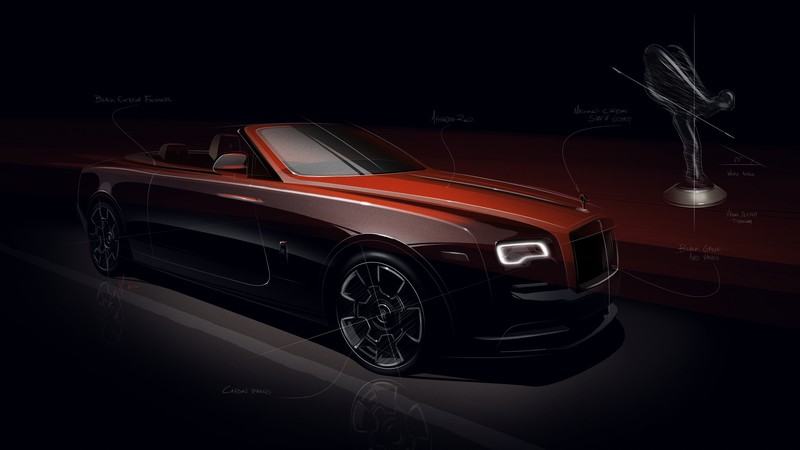 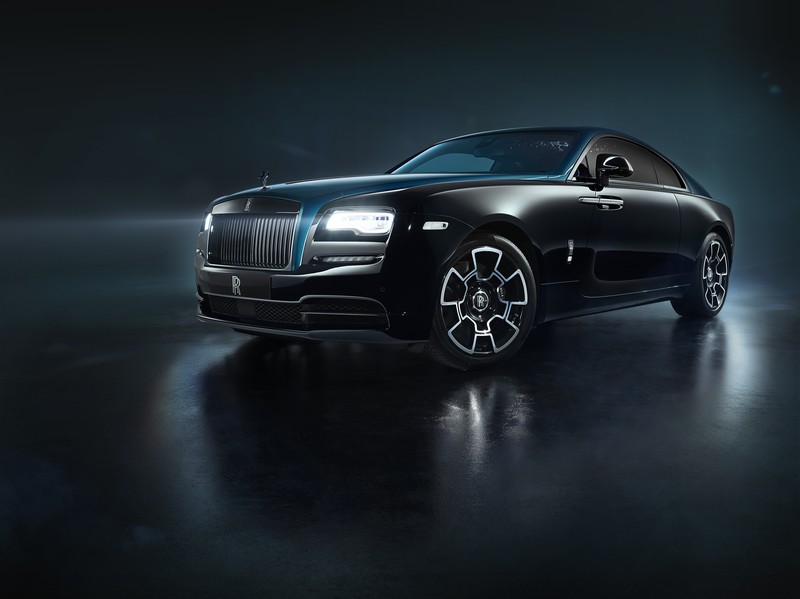 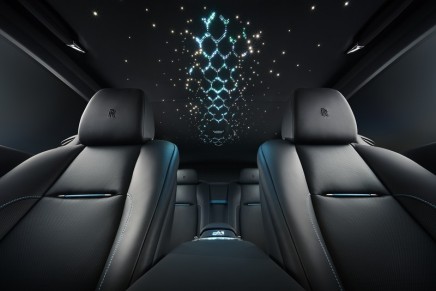 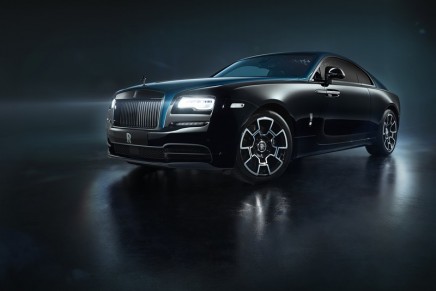 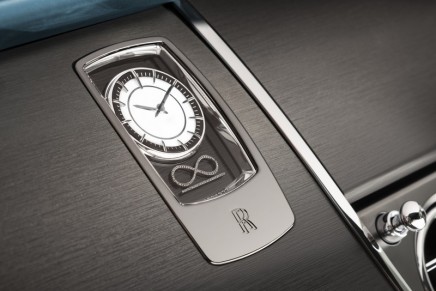 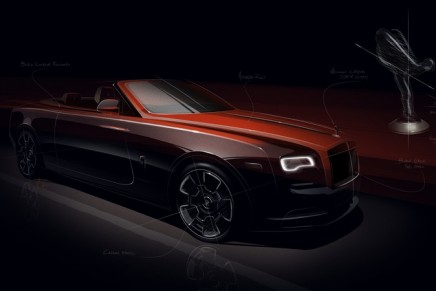 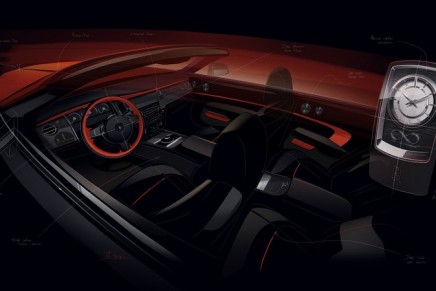 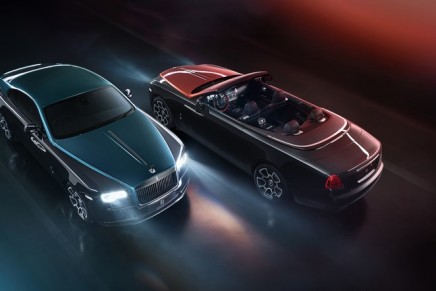