The opening of the new Downtown flagship is a unique homecoming for Barneys New York.
Inside the newly opened BARNEYS Chelsea, New York. 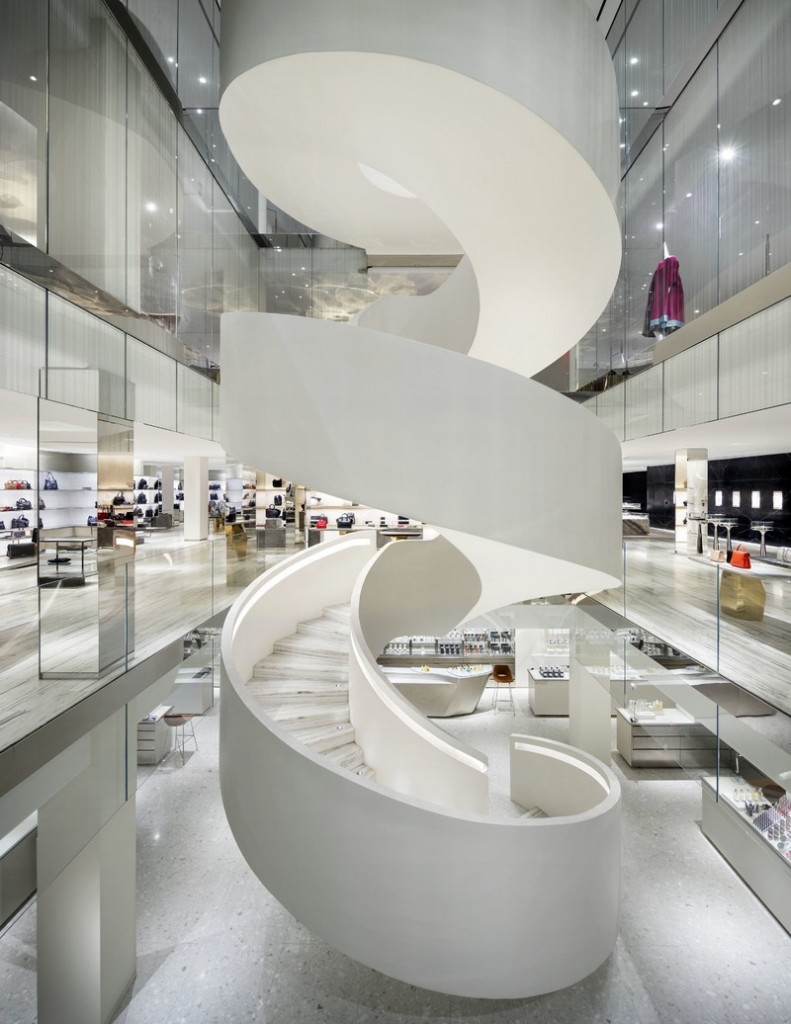 Luxury specialty retailer Barneys New York announced the completion of its new downtown flagship. The opening in Chelsea on 7th Avenue between 16th Street and 17th Street marks the return of the store to the same block that the company was founded on in 1923, and where it maintained an iconic presence through the late 1990’s. The store will occupy almost an entire city block. 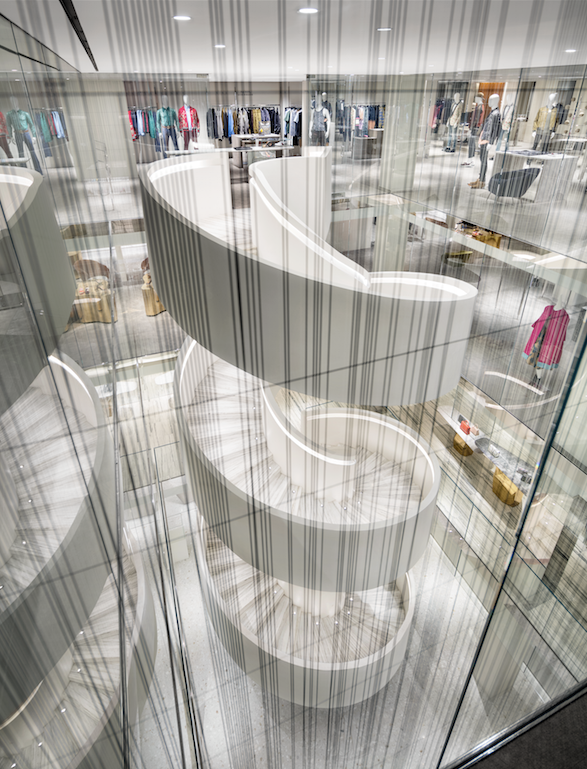 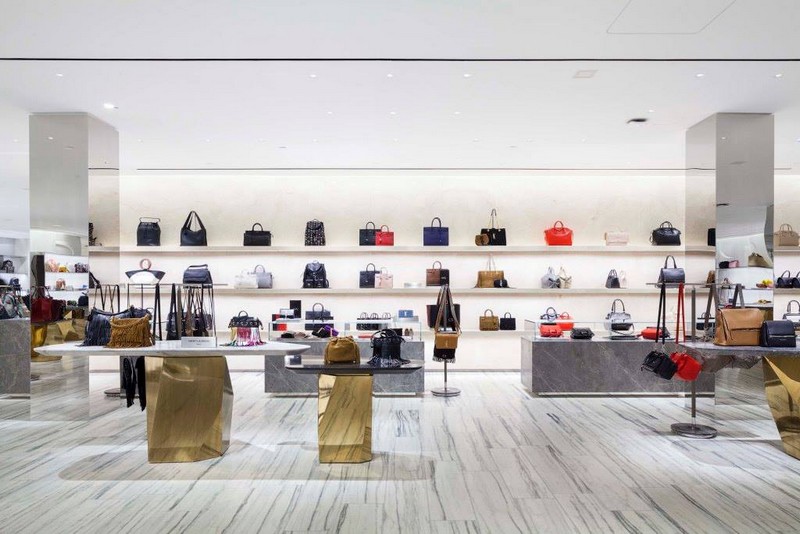 The Downtown flagship will carry the curated and discerning edit of merchandise for which Barneys New York is known, and will reflect a neighborhood luxury shopping experience. Top designers such as Dries Van Noten, Givenchy, and Saint Laurent will be available, as well as XO “Exclusively Ours” brands such as Baraboux handbags, and fragrances from Douglas Little. The Downtown flagship will also launch exclusive capsule collections from Valentino, Alexander Wang, Elder Statesman, and Sidney Garber, among others.

The exterior of the Downtown flagship store is defined by the 170 foot stainless steel marquee running along the 7th Avenue façade and wrapping the corner of 16th Street. The striking store front provides ample space for Barneys’ world-renowned window displays, with two feature windows on 7th Avenue, and three additional windows providing views into the store.

The Madison Avenue flagship will maintain its presence as the largest Barneys New York store.

In conjunction with the Downtown store opening, the iconic Freds at Barneys New York will also open its first ever downtown location on the third floor of Barneys. Traditionally known as a power lunch destination, Freds at the Downtown flagship will also boast a menu of light bites and cocktails. 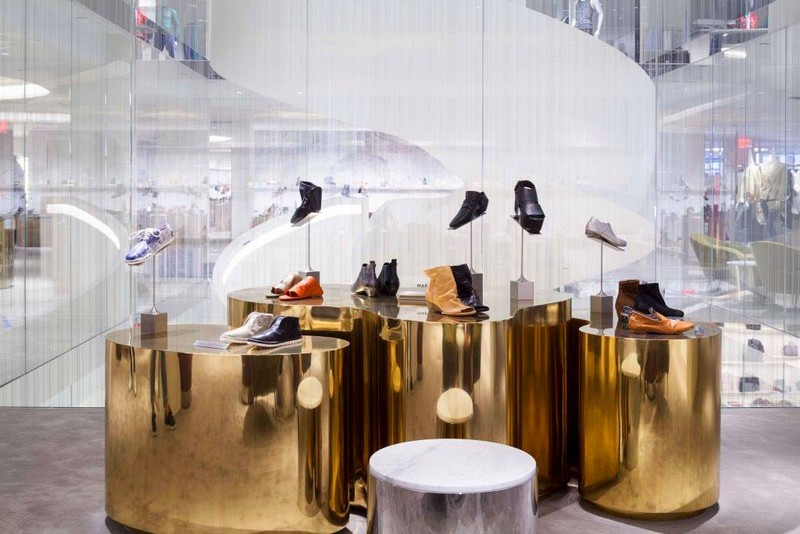 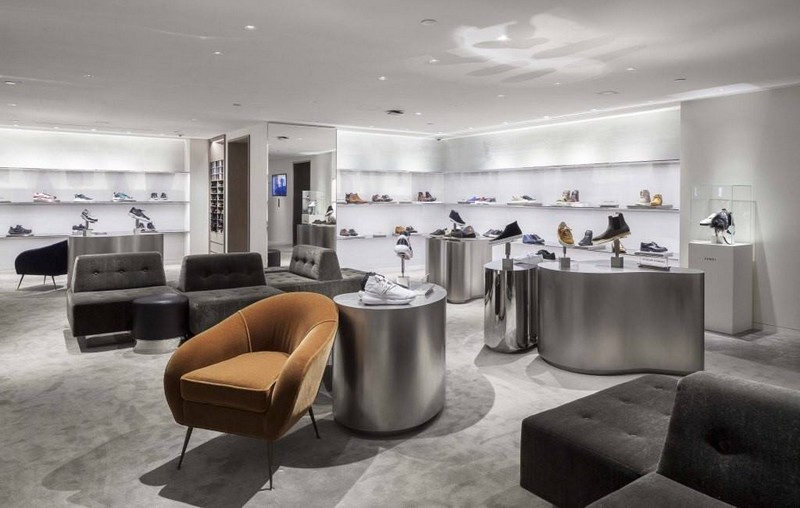 To further pay homage to the history of its original location, Barneys is taking inspiration from its iconic 1986 “Denim Jacket” event and updating it with a modern twist through a unique online charity auction with Christie’s auction house this March. “The Black Leather Jacket” will benefit two iconic New York nonprofit institutions: The Lesbian, Gay, Bisexual &
Transgender (LGBT) Center, and art-space White Columns. In 1986 Barneys partnered with prominent designers and artists including Keith Haring, Jean Michel Basquiat, Andy Warhol and Yves Saint Laurent to put their spin on a deconstructed denim jacket to be auctioned off for an AIDS charity at an event with Madonna, Debbie Harry, Iman and more. 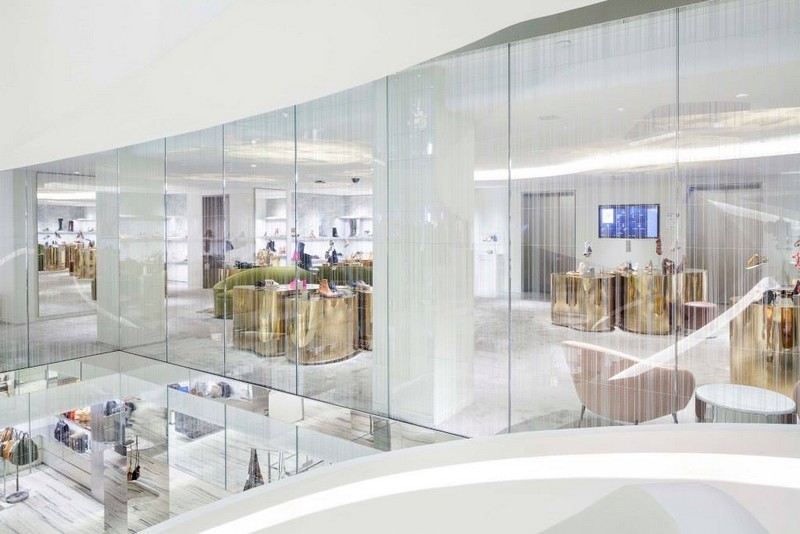 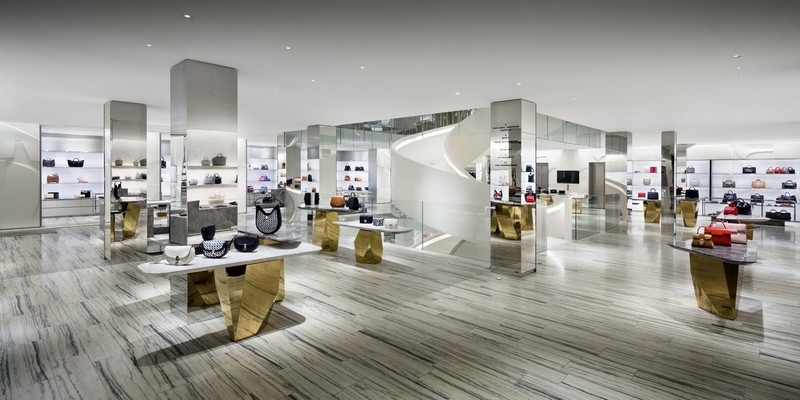 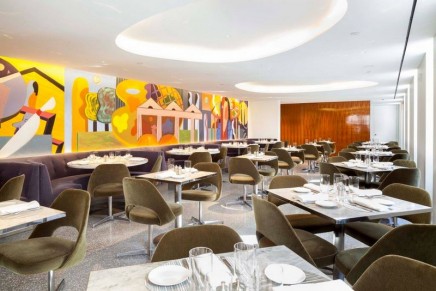 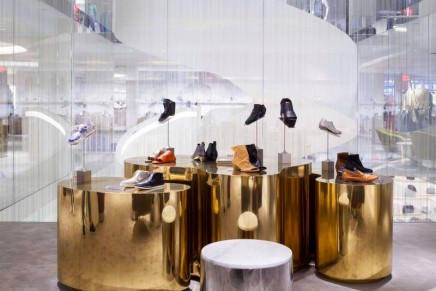 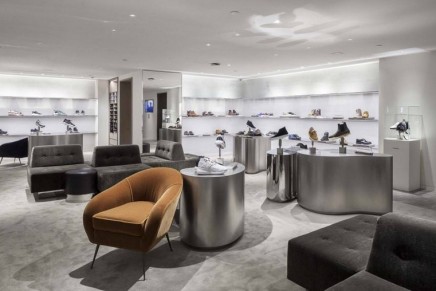 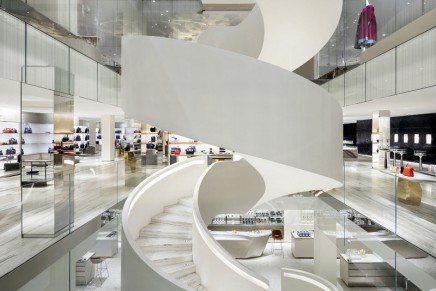 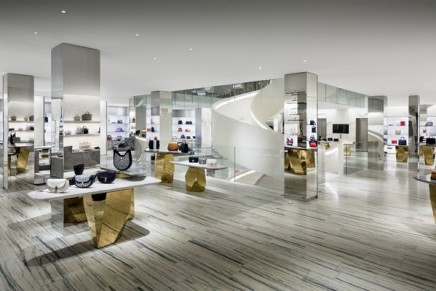 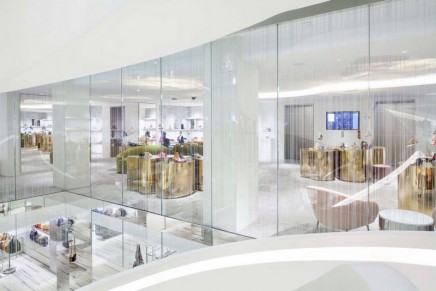 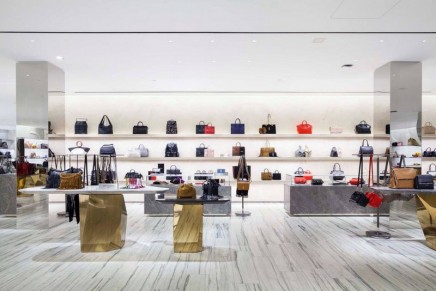 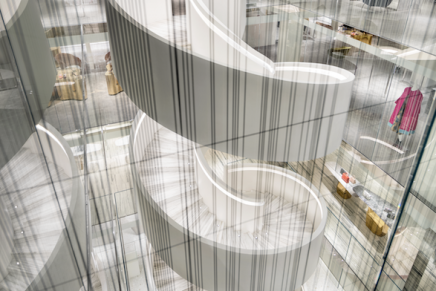