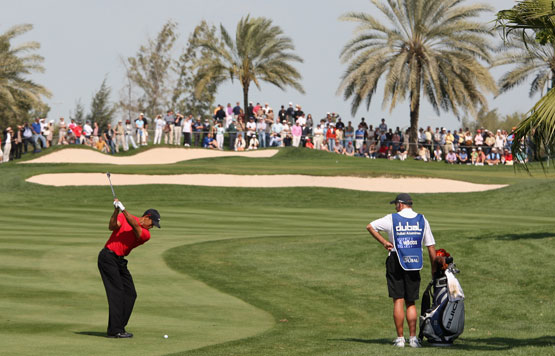 Golf clubs in the UAE hosted 54,365 games in a single month for the first time this year, according to arabianbusiness. The UAE’s courses have attracted some of the biggest names in the sport, including Tiger Woods.

Around 44 percent of the games were played by members, 42 percent local rounds and 14 percent were those played by overseas visitors. Tournaments played in the UAE include the Omega Dubai Desert Classic, the Abu Dhabi HSBC Golf Championship, and the DP World Tour Championship, Dubai.

The Majlis course at Emirates Golf, which was the first grass course to open in the region, had the highest number member rounds at more 3,300, while Abu Dhabi Golf Club welcomed the biggest number of local players at more than 3,400 local players.

Al Hamra Golf Club in Ras Al Khaimah reported the most overseas players, with more than over 1,200 tourists visiting the course during the period.