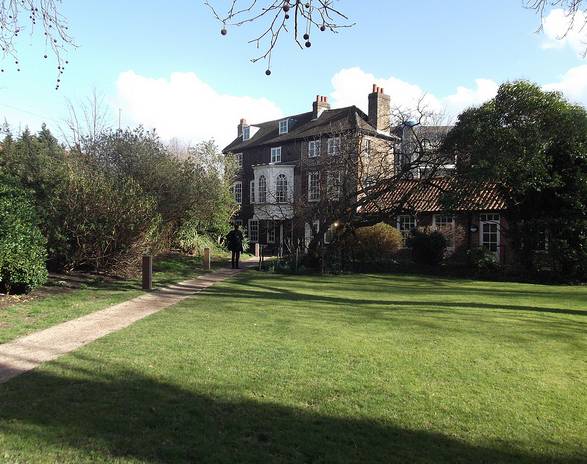 This dainty little house was the country retreat of noted English painter William Hogarth. What the artist would make of the place these days, given the roaring road junction next door, is not difficult to imagine. Still, at least they had the grace to name the junction the Hogarth roundabout. Inside the house, you’ll see period furniture and a good collection of Hogarth prints. Chiswick House Gardens and conservatory are just around the corner, and free to visit.
• Hogarth Lane, Great West Road, W4, 020 8994 6757, hounslow.info/arts/hogarthshouse. Open Tues-Sun noon-5pm

The residence of the Bishops of London in Fulham traces its origins back to Anglo-Saxon times. This unrivalled history is told in the palace’s free museum, which also includes a fascinating scale model of the site. Outside, explore the delightful gardens, which include the remains of the longest moat in England. The adjacent Bishops Park and riverside walk are also worth a look.
• Bishop’s Avenue, SW6, 020 7610 7169, fulhampalace.org. Open Sat-Wed 1pm–4pm (palace), Mon-Fri 10.15am–4.30pm (walled garden), dawn to dusk (botanical gardens

During the day, the Dana Centre is an under-used cafe-bar hidden behind the main access routes to South Kensington’s museums. Come the evening and it turns into an adults-only venue for discussion about science, technology and culture. The Dana Centre is well-known for its creative approach to engaging the public with difficult ideas. Most events involve eminent researchers interacting with the audience in unusual and inventive ways.
• 165 Queen’s Gate, SW7, 020 7942 4040, danacentre.org.uk. Open 10am-5pm, or 9pm on event evenings

The V&A is another of London’s great museums, specialising in the history of art and design. With 145 galleries and a grand central courtyard, it ranks among the largest museums in London. The recently opened Medieval Europe galleries alone are twice the size of many museums. Look out in particular for the British Galleries, the vast Cast Courts and the Raphael Cartoons. The museum also operates free music and performances every Friday evening.
• Cromwell Road, SW7, 020 7942 2000, vam.ac.uk. Open Mon-Thur, Sat-Sun 10am-5.45pm, Fri 10am-10pm

It’s often assumed that the Science Museum is just for kids. It’s certainly very family-oriented, but there are many galleries aimed at a more adult audience. The Making the Modern World gallery contains a staggering collection of important artefacts, including the Apollo 10 capsule, Stephenson’s Rocket, Crick and Watson’s model of DNA and Charles Babbage’s difference engine. Turn up on the last Wednesday of every month for an adults-only late opening with music, talks, wine … and no children.
• Exhibition Road, London SW, 0870 870 4868, sciencemuseum.org.uk. Open daily 10am-6pm (10pm, last Weds of the month)

Most famous for its dinosaur displays (actually plaster casts of the originals), the NHM holds much wider treasures, including a minerals gallery, a full-scale model of a blue whale and a whole wing devoted to geology. The building itself is a sight to behold with intricate animal carvings peering out from every corner. The two recent extensions collectively known as the Darwin Centre offer visitors a glimpse into the important research work the museum undertakes. If the queues are long, try the little-known side entrance on Exhibition Road.
• Cromwell Road, SW7, 020 7942 5000, nhm.ac.uk. Open daily 10am-5.50pm

Charles Saatchi, one of the world’s foremost art collectors, opened his own gallery in 1985. Now based in Chelsea, the venue has a very different feel to other London galleries. It has the size and space of a major exhibition centre, but specialises in cutting-edge contemporary art that many will find challenging. Even if the art’s not for you, the gorgeous, sparse interiors are worth a look. The only permanent exhibit, a huge pool of oil by Richard Wilson, can’t fail to impress both the eyes and the nostrils. Although entrance is free, you might want to buy a guide, as art work often lacks informative labels.
• King’s Road, SW3, 020 7730 8135, saatchi-gallery.co.uk. Open 10am-6pm

Matt Brown is editor of the Londonist