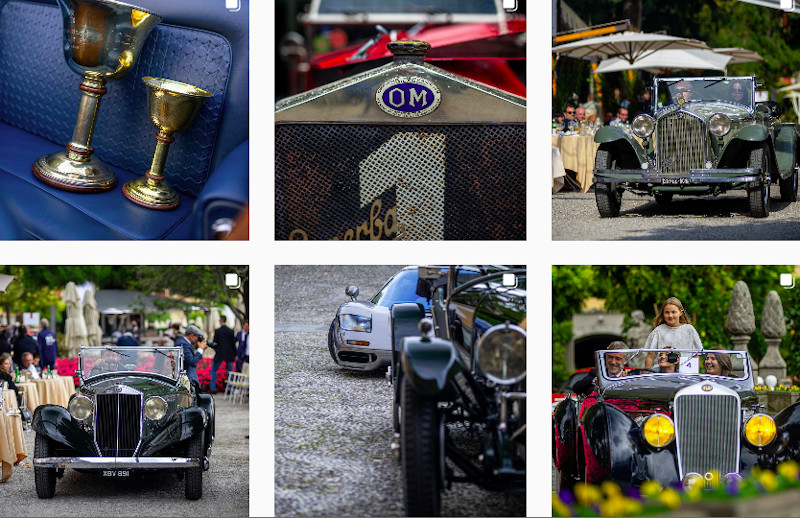 From 20 to 22 May 2022, BMW Group Classic and the Grand Hotel Villa d’Este will be showcasing the world’s most exclusive and traditional Concours d’Elegance for historic cars.

The Grand Hotel Villa d’Este is celebrating its 150th season and looking back on especially gorgeous winners of the prestigious Coppa d’Oro Villa d’Este and “Best of Show” trophy since 1929 in a separate ranking category.

The Concorso d’Eleganza Villa d’Este is always a spectacular event where rare historic cars are presented against the backdrop of Lake Como in Cernobbio. The October 2021 edition of the world’s most prestigious event for historic vehicles was particularly exclusive. After an unintentionally long break, this was the first opportunity for all participants to finally experience the revitalising energy and joy of being there together, something that only happens when you can meet in person.

The prep time for the next edition of the Concours d’Elegance Villa d’Este, which will take place from 20 to 22 May 2022, was extraordinarily short since this year’s competition had been moved to autumn. 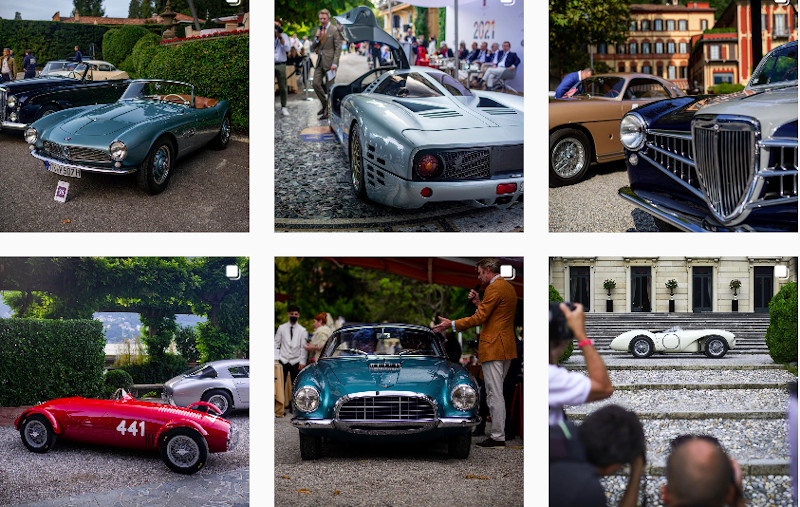 This traditional beauty contest is organised jointly by BMW Group Classic and the Grand Hotel Villa d’Este. In 2022, around 50 classic cars with their own special history will once again compete for victory in their category as well as for the Coppa d’Oro Villa d’Este and the coveted Trofeo BMW Group for “Best of Show”.

Exceptionally beautiful and elegant cars were first presented as part of a competition on Grand Hotel Villa d’Este premises in 1929. However, the venue’s tradition goes back even further. The iconic Grand Hotel Villa d’Este on Lake Como was built as a cardinal residence in the 16th century. This stunning property was transformed into a luxury hotel in 1873, becoming a magical place celebrated all over the world. 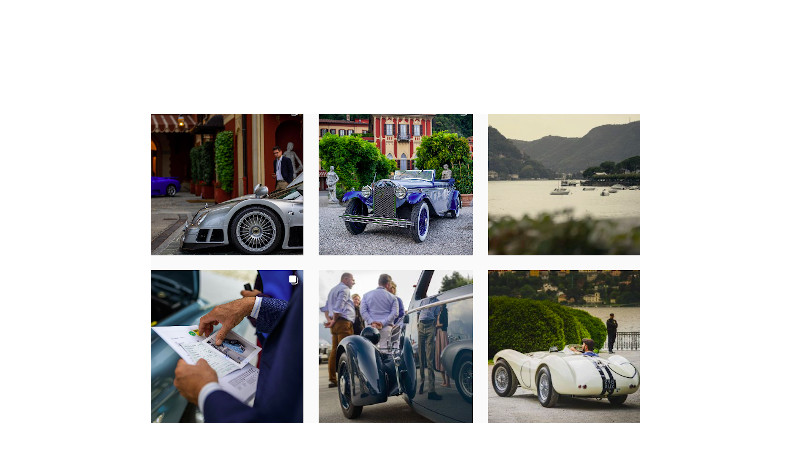 Under the motto “And the Winner Is…: A Celebration of Villa d’Este’s 150th Season”, vehicles that have been the winners of the prestigious and historical Coppa d’Oro Villa d’Este or the coveted “Best of Show” since the first event in 1929 will be on exhibit.

The “The Carriage Becomes a Car” category is devoted to the exciting transformation that took place in the early years of the motorcar around 120 years ago. After all, the first motorised vehicles did not yet have any examples to look to except for the usual means of contemporary transport, like the horse-drawn carriage. In the first three decades, engineers worked hard, and at an ever increasing pace, to reach new milestones and achieve the best performance. This made design more and more challenging.

By the end of the 1920s, the car featured a growing number of functions and had become an impressively designed object that was shaping its time. Looking back on how this developed promises to be both remarkable and eye-opening.

With the technological foundation successfully laid out, designers in the following decade were able to specialise in their work and concentrate on new, distinct areas. The “Speed Shapes Form” category focuses on particularly sophisticated and aerodynamically-optimised body designs from 1930 to 1940.

Their lines became more and more streamlined and aimed at speed, a trend that was strongly influenced by aviation, an emerging sector at the time. With the futuristic style of these vehicles, the 2022 Concorso d’Eleganza Villa d’Este is also looking back on a decade of brilliant engineering.

The 2022 Concorso d’Eleganza Villa d’Este will be celebrating another anniversary with a special look at the Ferrari brand. This Italian car manufacturer will be celebrating its 75th anniversary. The extraordinary history of this brand will come to life with its own competition category: “The Cavallino at 75: Eight Decades of Ferrari Represented in Eight Icons”. Each vehicle will thus represent the vision of its decade and the technological excellence behind its creation. In addition, special models from the recent past, each bearing the legendary “Cavallino Rampante” (prancing horse) symbol, will be exhibited for the first time. 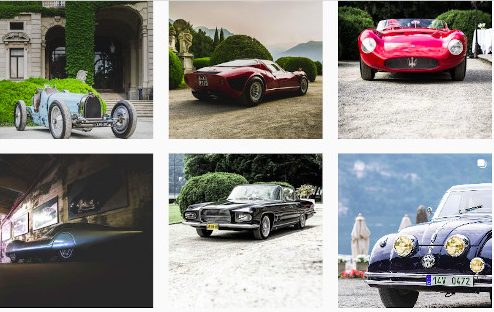 The third anniversary being celebrated at the Concorso d’Eleganza Villa d’Este is for a company that is intimately linked to motorsport. BMW Motorsport GmbH was in fact founded 50 years ago. Today, this BMW Group subsidiary is known as BMW M GmbH. Its first independently developed vehicle, named the BMW M1 and introduced in 1978, was a milestone in its history. BMW M GmbH continued its impressive history by then designing engines for Formula 1 and developing the most successful touring car in the history of motorsport, the BMW M3. The 2022 Concorso d’Eleganza Villa d’Este will chronicle this story with the competition category titled “Mean Machinery: 50 Years of BMW M”.

Speed has always had a magical effect on automotive aficionados. Since the invention of the motorcar, higher top speeds have always been regarded as a sign of technological progress and a key to success.

After having exceeded top speeds of 150 km/h relatively early, it took considerable engineering skill to reach and exceed 300 km/h.

These technological achievements were awarded with their own category under the title “Breaking the Speed Barrier! The First Machines to Cross the 300 kph Threshold” at the 2022 Concorso d’Eleganza Villa d’Este. 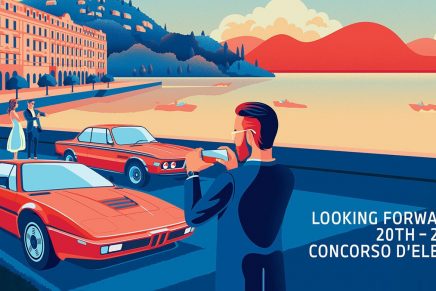 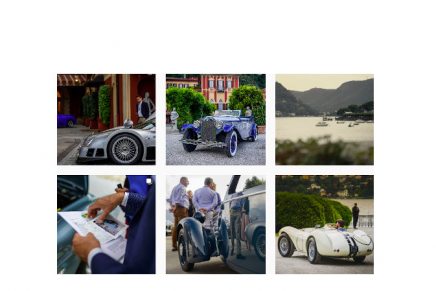 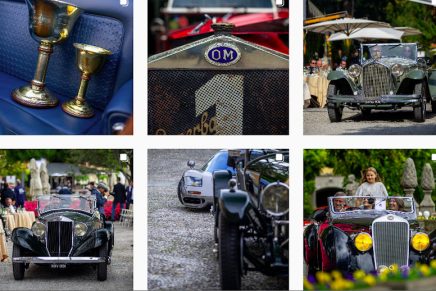 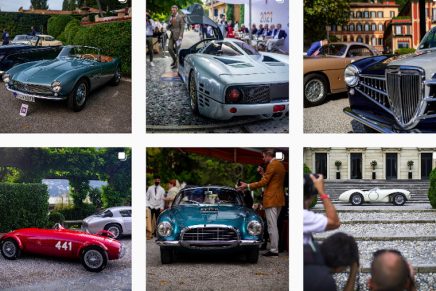