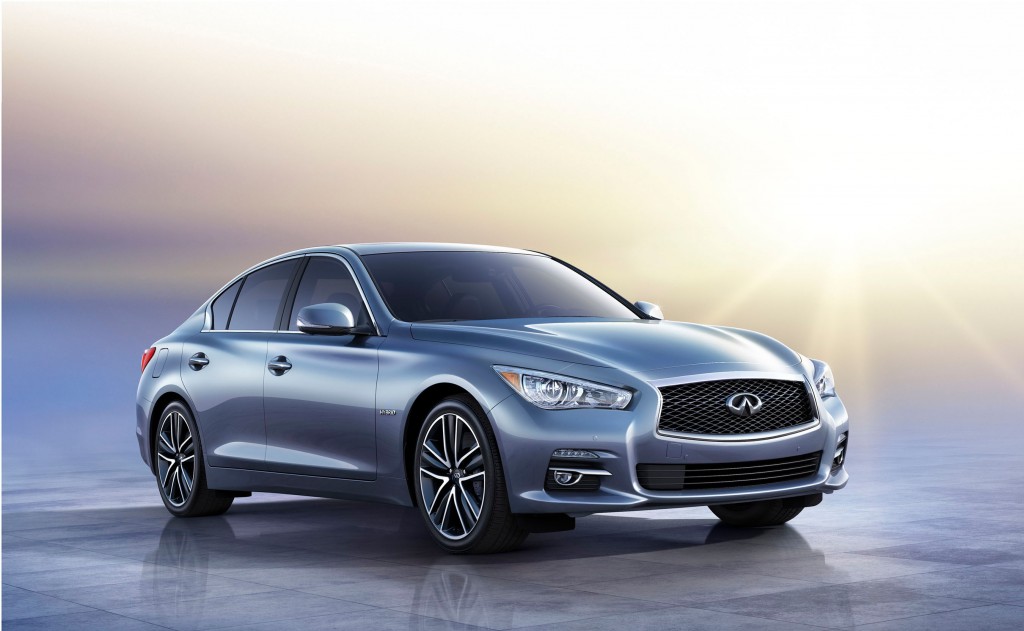 “…We are about to launch Infiniti on a bold new journey, a new Infiniti brand direction built on a foundation of our past and guided by a clear vision for the future,” said Infiniti Motor Co. President Johan de Nysschen. “And it starts right here today with the new Infiniti Q50, a vehicle that clearly crystalizes the design, performance and technology direction for a new generation of Infiniti vehicles.”

The 2014 Infiniti Q50 will be available with a choice of a refined 328-horsepower 3.7-liter V6 or new Q50 Hybrid featuring Infiniti’s Direct Response Hybrid System with Intelligent Dual Clutch Control. Both powertrains will be offered with rear-wheel drive or Intelligent All-Wheel Drive.

Infiniti recently reported a year-over-year U.S. sales increase of 21.8 percent for 2012, pointing to a strong sales forecast for the brand in 2013. Infiniti is currently sold in nearly 50 countries worldwide and is expanding its production base to three continents.