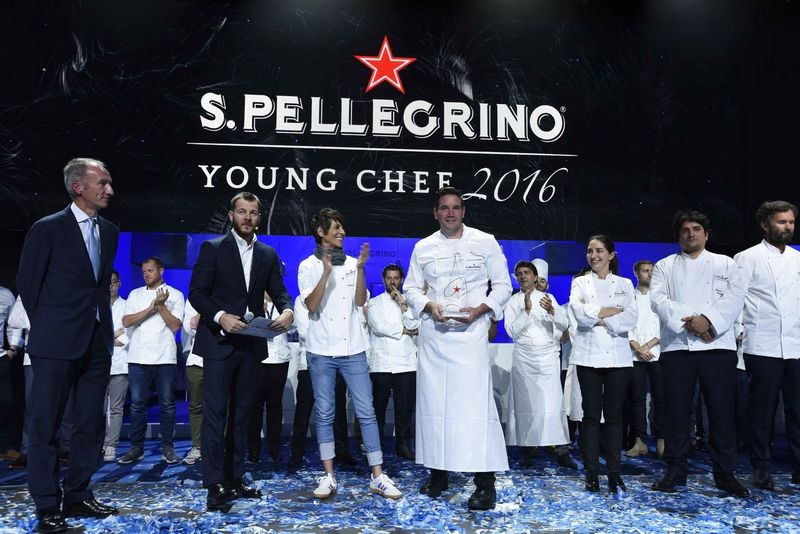 In order to compete in this extraordinary global event, the Young Chefs and their signature dishes had to pass several highly-selective preliminary rounds, starting with an initial screening by ALMA – the world’s leading international educational and training centre for Italian Cuisine – and followed by the regional finals, during which the chefs finished first among nine other talented local contenders.

With his winning signature dish, “roasted duck with spiced orange and yam”, and guidance from Mentor Chef Dominique Crenn, Mitch Lienhard of Manresa restaurant emerged among the competing 20 finalists from across the globe as the best Young Chef in the world.

A title like this one can be superfluous, but it is very important for the industry as a whole and the chef in particular. Being crowned S.Pellegrino Young Chef 2016 will offer Mitch Lienhard the opportunity to gain worldwide visibility and a significant professional boost, as well as the chance to take part in several of the brand’s events around the world.

Mitch Lienhard was elected by a distinguished jury of seven internationally-acclaimed chefs, known as the “Seven Sages”, including David Higgs, Carlo Cracco, Gaggan Anand, Elena Arzak, Mauro Colagreco, Wylie Dufresne and Roberta Sudbrack. The extensive evaluation process was based on the criteria of the five “Golden Rules” of ingredients, skills, genius, beauty and message. The Young Chef 2016 award ceremony was followed by a gala dinner prepared by the one-and-only Massimo Bottura, whose Osteria Francescana of Modena, Italy, is ranked n°1 on the World’s 50 Best Restaurants list 2016.

The names of all winners at S.Pellegrino Young Chef 2016 are as follows: