Tate Britain will be awarding one-off ‘Turner bursaries’ of £10,000 to 10 artists in place of this year’s Turner Prize. This was decided to help support a greater selection of artists through this challenging time of profound disruption and uncertainty. 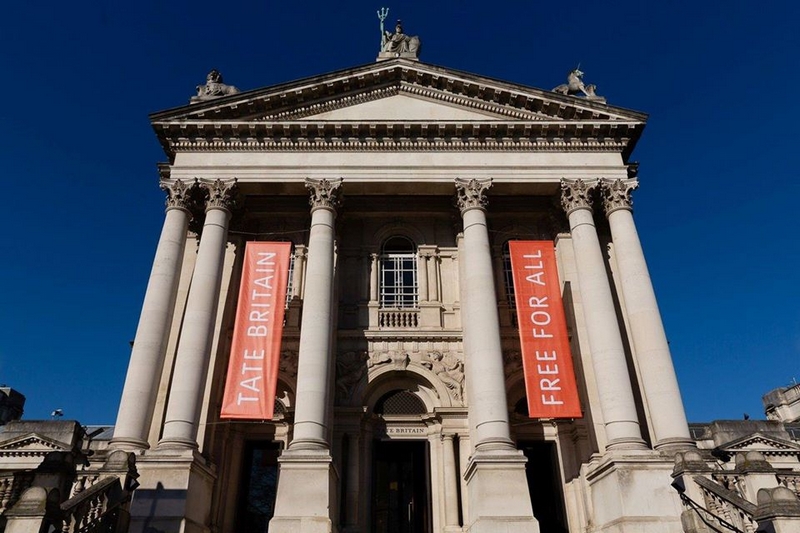 This article titled “Turner prize cancelled and chosen artists to get £10k bursaries” was written by Mark Brown Arts correspondent, for The Guardian on Tuesday 26th May 2020 10.09 UTC

Organisers of the Turner prize have cancelled this year’s edition and will instead award 10 bursaries of £10,000 to deserving artists.

In a normal year, judges would this month have announced a shortlist for the prize, inviting those artists to make work for an exhibition opening in the autumn. The £25,000 winner would have been revealed in December.

Tate Britain, which organises the prize, said: “The tight timetable for preparing for the annual exhibition would not have been achievable under the present restrictions.”

Instead it said it wanted “to help support a larger selection of artists through this period of profound disruption and uncertainty”.

Alex Farquharson, the director of Tate Britain, said the practicalities of organising the annual exhibition made it impossible to stage the prize this year.

“We have decided to help support even more artists during this exceptionally difficult time,” he said. “I think JMW Turner, who once planned to leave his fortune to support artists in their hour of need, would approve of our decision.

“I appreciate visitors will be disappointed that there is no Turner prize this year, but we can all look forward to it returning in 2021.”

This year’s jury has spent the last 12 months visiting hundreds of exhibitions across the world in preparation for naming a shortlist.

Those judges – Richard Birkett, curator at large at the Institute of Contemporary Arts; Sarah Munro, director of the BALTIC centre for contemporary art in Gateshead; Fatos Üstek, director of Liverpool Biennial; and Duro Olowu, designer and curator – will choose the 10 artists to get the one-off bursaries. The criteria will be the same: British and Britain-based artists based on “their contribution to new developments in contemporary art at this time”.

The panel will hold a virtual meeting to select the artists, announcing them in late June.

The Turner prize is one of the highlights of the contemporary art calendar, often managing to delight and exasperate people in equal numbers. Last year, judges awarded the prize to all four of the shortlisted artists after they came together and insisted they should not be pitted against one another.

Instead, Lawrence Abu Hamdan, Helen Cammock, Oscar Murillo and Tai Shani were named the collective winner in the name of “commonality, multiplicity and solidarity”.

It has been a wonderful magnet for controversy, whether conceptual protesters having a pillow fight on Tracey Emin’s unmade bed, Chris Ofili using elephant dung in his paintings, or Martin Creed winning the 2001 prize for Work No 227: the lights going on and off. Visitors literally walked in to an empty room where only that happened.

In recent years, the prize has been staged outside London in alternate years, visiting places including Glasgow, Derry, Gateshead and Margate. This year it was due to be in London.

Tate said the Turner bursaries had been made possible thanks to funding from a group of supporters.

The Labour MP Tracey Brabin, a former shadow culture secretary, offered congratulations. “We need more moves like this to help the arts survive this existential crisis,” she said on Twitter. “Let’s hope the winners come from all regions of the UK and it embraces diversity in creativity.”

Many visual artists are facing a particularly difficult time because of the coronavirus crisis with a blizzard of postponed shows and cancelled commissions. The charity Artangel this month announced a new fund giving 20 emerging artists £5,000 each for “thinking time” to help them develop new ideas.

The Contemporary Art Society has created a rapid response fund with, it hopes, at least £120,000 for museums and galleries to buy new works by contemporary artists.

News that the 2021 Turner prize is being abandoned is far from surprising but is still disappointing for people interested in contemporary art. Other coronavirus casualties include most of the world’s art fairs and the Venice art biennale, which has been pushed back from 2021 until 2022.