The tragic death of Anthony van Dyke in last year’s Melbourne Cup continued a horror run which has seen six horses die at the event since 2013. The bulk of this unacceptable number have been international horses, which has prompted questions about why it is that these horses appear so much more vulnerable to serious injury or death at the event. As a result of investigation, a number of changes have been implemented in 2021 in an attempt to mitigate the risk to these horses. These are the most significant of those changes.

International horses making the trip to Australia to compete in the Melbourne Cup typically stay at the Werribee International Quarantine Centre, and from 2021 the number of horses allowed at this venue will be capped. Just 24 horses will be allowed to stay there, which is five less than were there last year and 18 less than the 42 which were there in 2019, when there was no cap on the number of equine guests at the venue.

In an attempt to reduce their workload, international horses will be allowed to compete in just one race in Australia prior to the Melbourne Cup. It’s expected that as a result of this, international trainers bringing their horses to Australia will need to be significantly more selective with regards to which race they enter their horse in prior to the Melbourne Cup.

3. Horses who have had previous major surgery will be excluded from competing

Any horse which has ever suffered from a significant fracture or orthopaedic surgery will no longer be permitted to come to Australia to compete in the Melbourne Cup. This will be enforced regardless of whether or not that horse has since fully recovered from the issue, and irrespective of their current state of health.

4. Major increase in scans, both pre- and post-arrival

All international Melbourne Cup horses will be subject to a range of tests – specifically a full-body scintigraphy and CT of their distal limbs – prior to coming to Australia. Once they arrive, they must once again have a CT of their distal limbs prior to each start, with the scan before the Melbourne Cup required to take place after the Caulfield Cup a couple of weeks prior.

Every international horse in the race must also be inspected by a panel of vets appointed by Racing Victoria on the day prior to the Melbourne Cup. This will be on top of the aforementioned scan which takes place between the Caulfield Cup and the Melbourne Cup, as well as the scans which are required to be undertaken prior to the horse leaving its home country.

In total, there were 44 recommendations made to Racing Victoria by the review group which was appointed to increase the safety for international horses competing in the Melbourne Cup. Of those, just three were rejected, meaning a grand total of 41 changes have been made this year. It is hoped that the combined effect of these changes will result in a drastic reduction in the serious injuries and death which has plagued recent editions of the Melbourne Cup, and the above five are the most significant individual changes which have been adopted in 2021. 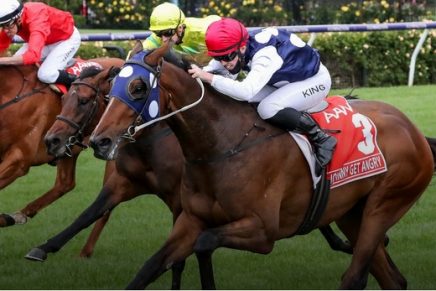