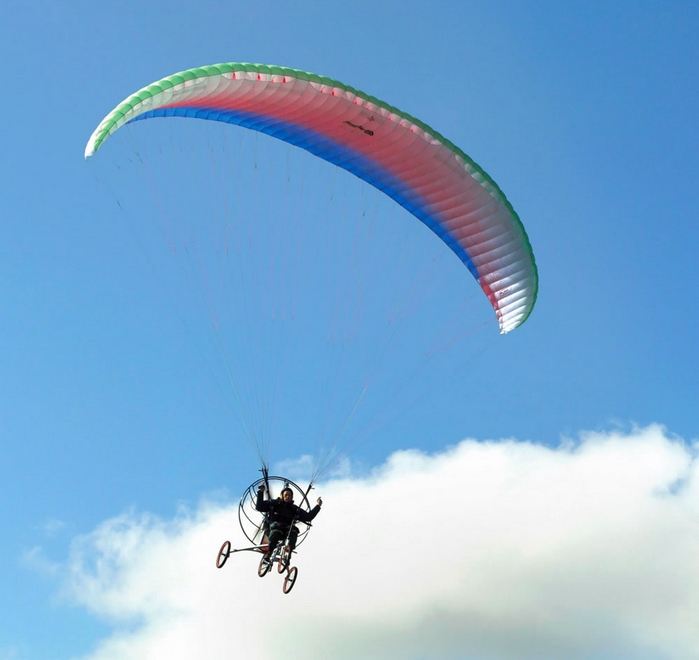 The invention of the Paravelo flying bicycle makes reality the “E.T.” childhood dream of flying away on a bicycle. The world’s first fully functional flying bicycle invented by British flight enthusiasts John Foden and Yannick Read doubles as a flying ultralight para-trike aircraft. When the para-wing is deployed from an integrated backpack to provide lift, a powerful two-stroke gasoline engine powers the craft’s three-bladed carbon fiber propeller for an airspeed of 25 mph. Designed to cruise at low altitudes (below 4,000′) with a range of approximately 75 miles from a full tank,Paravelo can operate from any suitable area of open space. World’s first flying bicycle is available at Hammacher Schlemmer for $45,000. 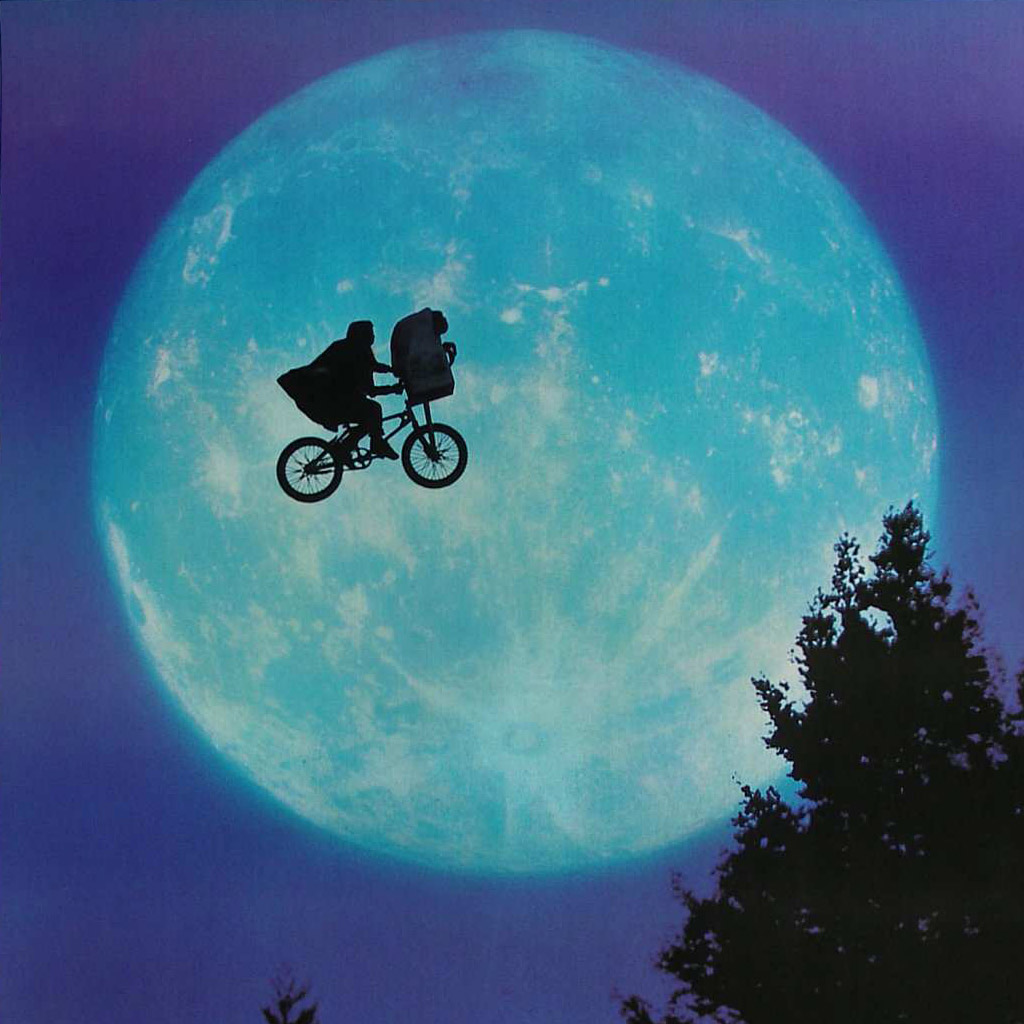 The bicycle and the frame that supports the engine and propeller assembly roll on 20″ wheels and rubber tires. It also folds down to fit in the trunk of a car.

“The Wright brothers were former bicycle mechanics so there’s a real connection between cycling and the birth of powered flight that is recaptured in the spirit of the Paravelo,” said Paravelo’s so-creator John Foden. 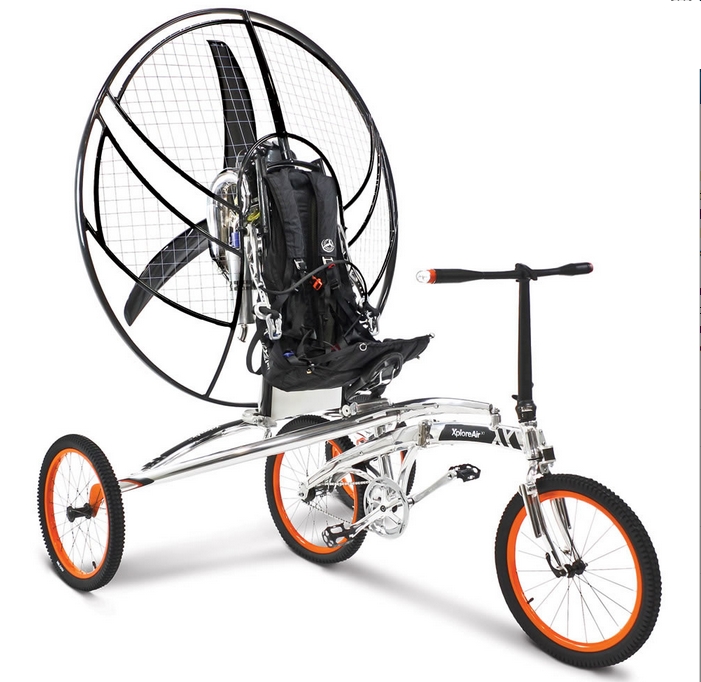 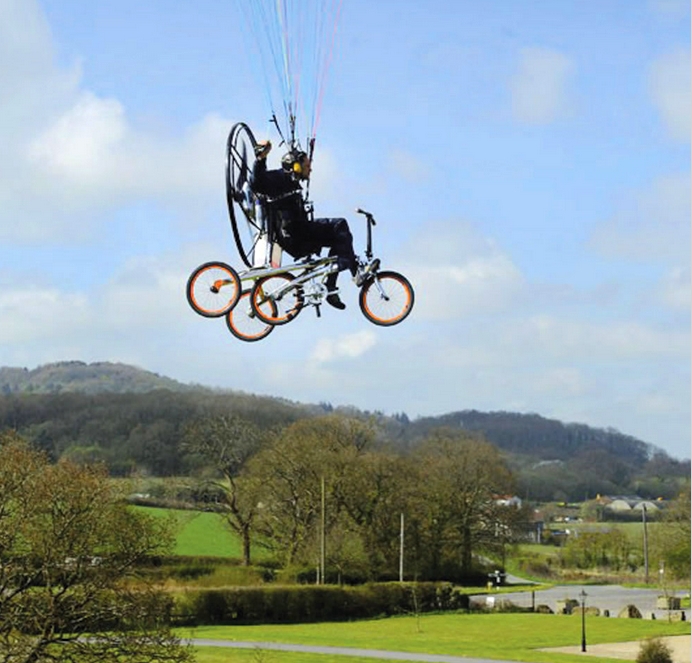 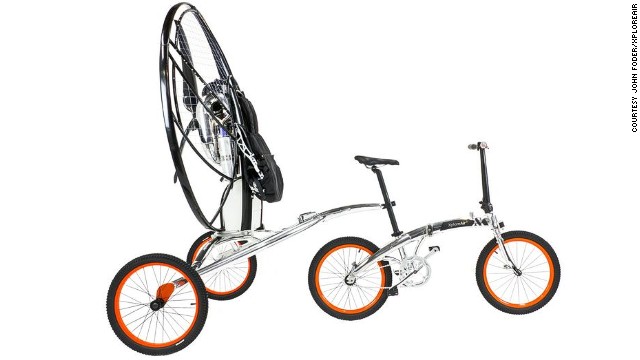