This year’s TEFAF Art Market Report shows that in 2014 the global art market reached its highest ever-recorded level, a total of just over €51 billion worldwide, a 7% year-on-year increase taking it above the 2007 pre-recession level of €48 billion. The TEFAF Art Market Report 2015 is a wide ranging report that examines the global art market in 2014 but also looks at individual sectors within the market, changing patterns of global wealth and art collecting, the growth of art fairs and online sales and finally the economic impact of the art market.

Representing the best that is currently available for sale from 7,000 years of art history, TEFAF Maastricht is the world’s leading event of its kind, renowned for its commitment to excellence, expertise and elegance. 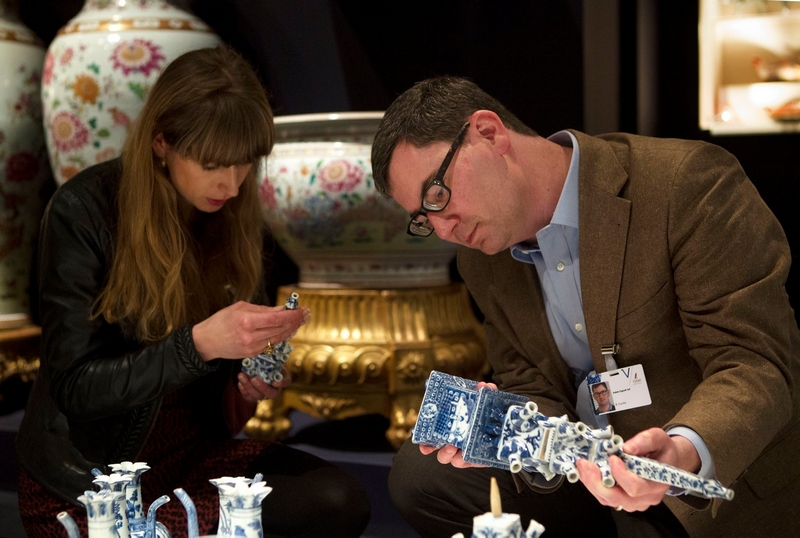 The global art market was dominated by the three major art markets of the US (39%), China (22%) and the UK (22%) in 2014. The volume of sales also grew by 6% to 39 million but the number of transactions was still less than at the peak of the market in 2007. The UK Art market grew 17% in 2014 after years of stagnant growth but with a current market value of €11.2 billion it is still less than its peak in 2008. The UK’s strong performance in 2014 had an impact on the overall performance of Europe in the global arena. The US and the UK between them accounted for 62% of all world imports of art and antiques in 2013 underlining their continuing importance as entrepot markets for the art trade.

“The art market reached its highest ever record level of sales with continuing strength in Modern and Post War and Contemporary art,” commented Dr. Clare McAndrew, a cultural economist specialising in the fine and decorative art market and founder of Art Economics. “It continues to be a highly polarised market, with a relatively small number of artists, buyers and sellers accounting for a large share of value. However, a promising trend counteracting this to some extent is the growth in online sales, which has encouraged a greater volume of sales in lower priced segments”. 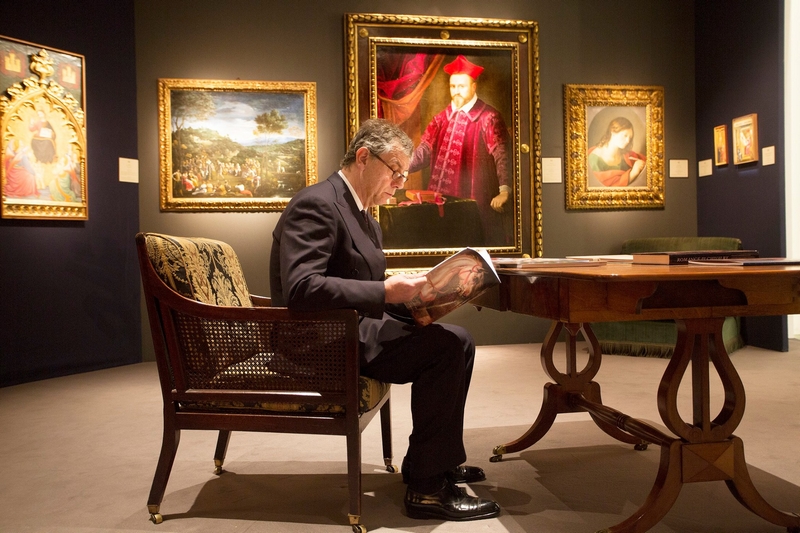 In 2014, Post War and Contemporary art (defined as artists born after 1910) continued to dominate the art market (48% of all fine art auction sales) with sales of Modern art (defined as artists born between 1875 and 1910) accounting for 28% of the global fine art auction market. The US remains the key centre of sales of Post War and Contemporary Art with a 46% share of the global market by value, whereas the market in Modern Art is shared almost equally by China (30.6%) and the US (30.5%). Old Master sales accounted for 8% of the fine art auction market with the UK, a key global centre for the trade in Old Master paintings, having over 50% of the market share by value. Total global sales of Chinese decorative art and antiques reached €1.6 billion in 2014, falling by 2% year-on-year. China’s global share of this market was 82% by value.

At the end of 2013, the population of HNWIs (defined as individuals with investable wealth greater than $1 million) was approximately 13.7 million, advancing 15% year-on- year while their wealth grew 14% to $53 trillion. The most popular investment for HNWIs in 2014 was jewellery, gems and watches with a 29% allocation. Antiques and collectibles was the second most popular segment worldwide (21%) and art was ranked the third with a stable 17% share. 70% of all dealer sales in 2014 were to private collectors. 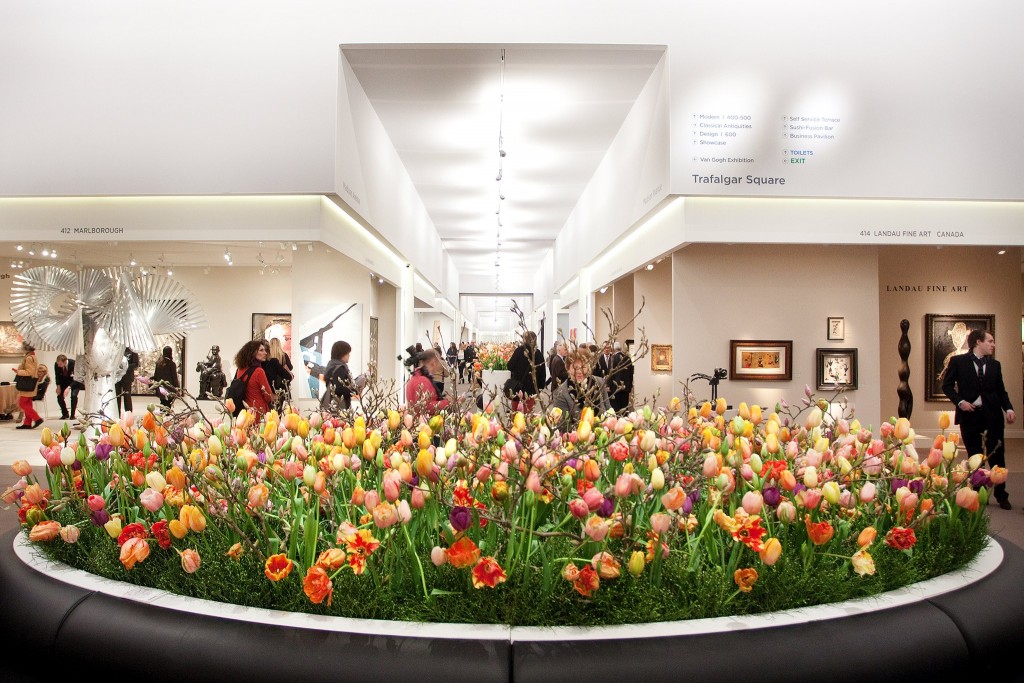 There were at least 180 major art fairs with an international element in 2014. The US had the greatest share of fairs with 39%, Europe accounted for 38% and Asia 12%. Over a million visitors were generated by the top 22 fairs and sales at art fairs reached an estimated €9.8 billion although this underestimates their impact because many sales take place after the event as a result of dealers following-up new contacts. Dealers spent an estimated €2.3 billion attending art fairs in 2014.

The growth of companies in the online art space has been one of the most visible and widely discussed trends in the art market over the past decade. The internet has revolutionised communications in the art sector. In particular the e-commerce of art objects has also gained significant momentum, creating increased convenience, efficiency and accessibility for both buyers and sellers, with much greater speed of transactions and wider global reach. Online sales of art and antiques were conservatively estimated to have reached €3.3 billion or around 6% of all sales by value, with the majority of sales being made in the range of $1,000 – $50,000. The highest ranking art specific sites in 2014 were Art.com, Artspace.com and Gagosian.com.

It is estimated that 2.8 million people are employed globally by around 300,000 companies trading in art and antiques. The global art trade spent €12.9 billion on a range of external support services directly linked to their businesses in 2014. 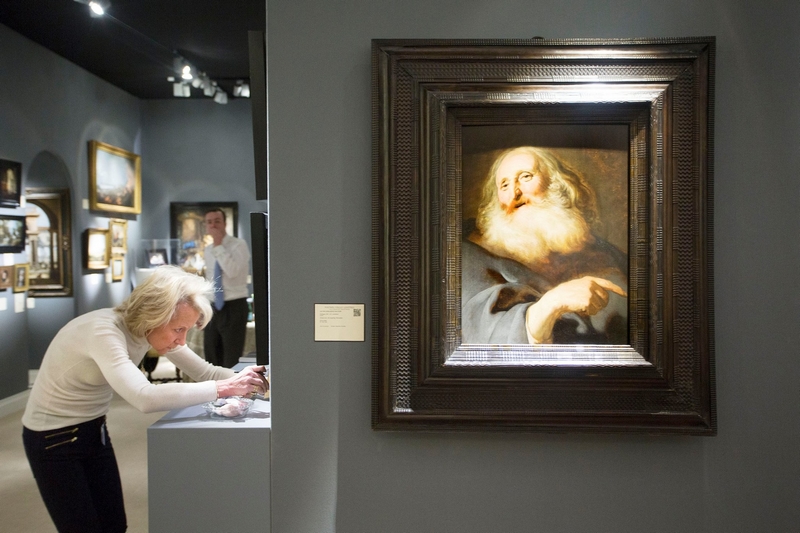 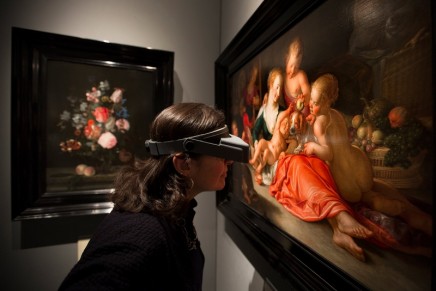 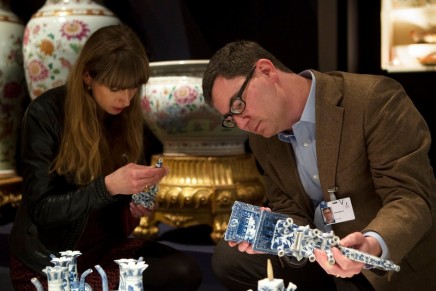 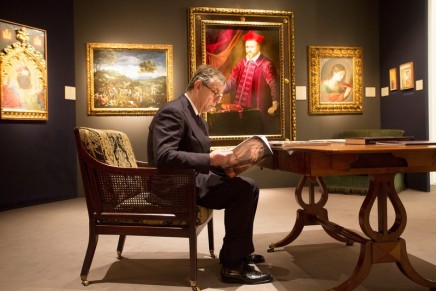 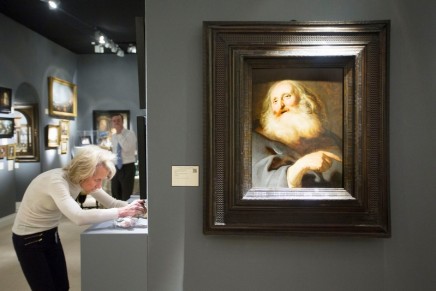