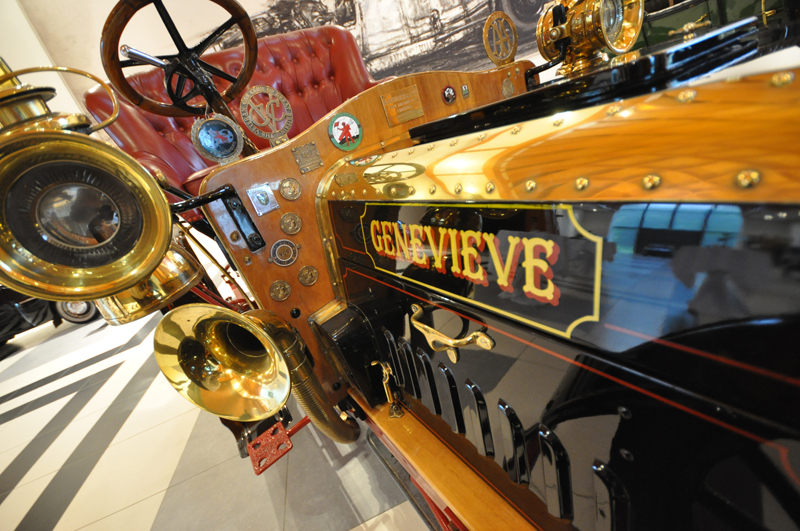 Only vehicles built before 1904 eligible to take part in the event
About 500,000 spectators expected to line the route
The annual international classic calendar will finish only in November – with the “London to Brighton Veteran Car Run” (LBVCR) in England.

The world’s longest running and greatest motoring celebration. The annual November event attracts entrants from all over the globe and for the owners of these highly valuable Veteran cars it represents a rare opportunity to take their extraordinary automobiles on the historic 60-mile run from Hyde Park in central London to the seafront on the Sussex resort of Brighton.

The London to Brighton Veteran Car Run is held exclusively for vehicles built before 1904. The annual event marks the “Emancipation Run” of 14 November 1896. That event was organised by Harry J. Lawson in celebration of a then new law in Britain that raised the maximum permitted speed for automobiles with an internal combustion engine, from a walking pace of 6.4 km/h (4 miles per hour) to 22.4 km/h (16 miles per hour). The new law also abolished the requirement that vehicles be preceded by a man walking ahead of the vehicle, for the safety of other road users, as previously required by the 1865 “Locomotive Act”, also known as the “Red Flag Act”. The first event was started by the symbolic tearing up of a red flag, since, up until 1878, the man walking ahead of the vehicle had to also carry a red flag as a warning.

The first official commemorative repeat of the London to Brighton Run took place in 1927, and since then it has been organised annually, with the exception of the years 1940 to 1947. The 77th event will take place this year.

This makes the Run the oldest existing motoring event in the world, and, at the same time, the largest gathering of veteran cars from the early days of automotive history. In addition to four-wheeled cars with internal combustion engines, three-wheelers and also steam cars and electric cars will also take part. The British Royal Automobile Club has been organising the Run since 1930.

The “London to Brighton Veteran Car Run”, held in the anniversary year of the automobile, will be symbolically opened by Jutta Benz, great-granddaughter of Carl Benz, inventor of the automobile. She will be driving a replica of the 1886 Benz Patent-Motorwagen.

In the 2011 Run, approximately 550 vehicles from 20 countries will be taking part. Around 50 vehicles date from the period before 1900. They will all set out on 6 November 2011 on the approximately 96-kilometre (60-mile) course, which mainly follows the A23 road. The two oldest vehicles are expected to be a Benz Velo and a Benz Victoria, both from 1894. As many as 500,000 spectators are expected to line the route. The start is at Apsley Gate, at London’s Hyde Park, where the first vehicles will depart at the official sunrise time of 7.02 a.m. From there, the cars will head to a checkpoint at Market Square, Crawley, before the event comes to an official end in Preston Park, a suburb of the seaside resort of Brighton. The unofficial, but actual finish is subsequently also celebrated by the public on the grand promenade, Madeira Drive. Only cars that arrive in Brighton by sunset will be counted.

Around 100 vehicles will take part in an eve-of-event Concours d’Élégance, on London’s Regent Street, on Saturday, 5 November 2011. Each car will be individually introduced, and spectators will have an opportunity for closer inspection. Before that event, on 4 November 2011, Bonhams on New Bond Street will host an auction of vehicles and automobilia from the early days.

“It’s an honour for Mercedes-Benz to support the event in this year of the anniversary of the automobile”, says Michael Bock, head of Mercedes-Benz Classic and director of the Mercedes-Benz Museum. “We invented the automobile, and the ‘London to Brighton Veteran Car Run’ is the oldest classic car event worldwide. That represents the basis for an ideal collaboration.”