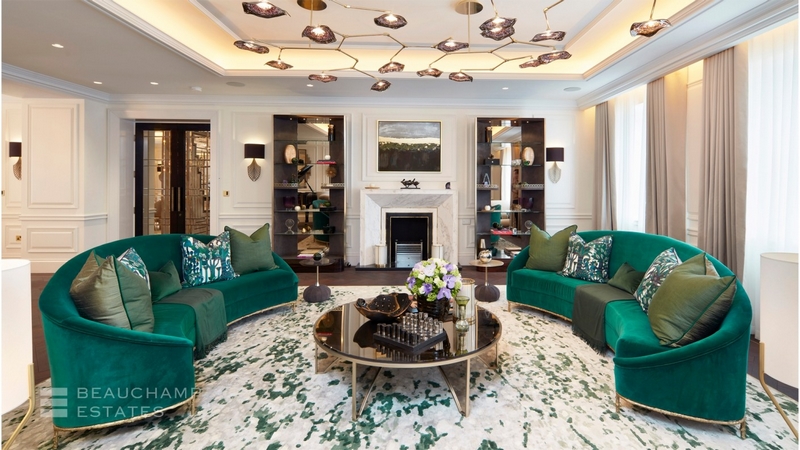 A super-rich European family on Friday bought a house in central London for £65m, saying their decision was a direct result of Boris Johnson’s historic Conservative party election victory.

The family instructed the luxury estate agency Beauchamp Estates to buy the property in an undisclosed “prime central London” location as investors and the very wealthy celebrated the Conservatives’ 80-seat majority.

The collective wealth of the UK’s 16 billionaires on the Bloomberg billionaires index of the world’s 500 richest people increased by £2.1bn on Friday, according to Bloomberg, as the share prices of companies they controlled soared. Jeremy Corbyn had promised to “go after” the UK’s wealthy elite – including the petrochemicals tycoon Jim Ratcliffe and the Sports Direct owner, Mike Ashley – if the Labour party had won the election.

Gary Hersham, the founder of Beauchamp Estates, said the housebuyer had set up the deal last week, but put off signing on the dotted line until seeing the result of the election. “It is one of the most expensive properties ever sold in the UK,” he said.

He declined to state how many bedrooms the home had or provide any further details. However, as a guide to what that sort of cash can buy, a 12-bedroom home on Belgrave Square – just a few hundred metres from Buckingham Palace – is listed on Zoopla for £67.5m.

Hersham said his agency, which specialises in selling expensive London properties to overseas buyers, had been inundated with calls on Friday from rich house-hunters who had been put off buying UK properties in fear of a possible Corbyn-led government.

Trevor Abrahmsohn, the founder of Glentree International, an estate agency that focuses on selling homes in Hampstead and Highgate, said he had also sold a north London home on Friday for £28m to an “international Asian family”, and had deals lined up for other sales of similar values.

“The point is that yesterday [before the election result] it wasn’t going to go through, and today it is. This is the first fruits of the Boris election bonanza.”

Abrahmsohn said many of his clients had been prepared to leave the country if Corbyn had won the election, but are now staying put and going through with property purchases that some had delayed since the 2016 Brexit referendum. “A lot of my clients were going to emigration lawyers. They’re not now.”

Corbyn had pledged to bring in new taxes, possible capital controls and a clampdown on private schools to target the wealthy.

Henry Pryor, an independent luxury property buying agent, said he had five rich overseas buyers who “had been much more nervous about the implications of a Corbyn victory”.

John Caudwell, the billionaire founder of Phones4u who had vowed to leave the UK for tax-free Monaco if Corbyn won, said Johnson’s victory was “excellent news”. “Now Britain can finally move forward, both with Brexit and with securing stability and economic growth for our great nation.”

Michael Spencer, the billionaire founder of the inter-dealer broker Icap and a Tory donor, threw a celebration party at Scott’s, the luxury Mayfair seafood restaurant that spends £45,000 on fish every week. About 200 guests celebrated Johnson’s victory, according to Bloomberg. Spencer said the result was a “crushing national repudiation of [Corbyn’s] dangerous and divisive neo-Marxist policies”.

• This article was amended on 14 December 2019 to clarify that the 16 UK billionaires referred to are those that appear on the Bloomberg billionaires index of the world’s 500 richest people.