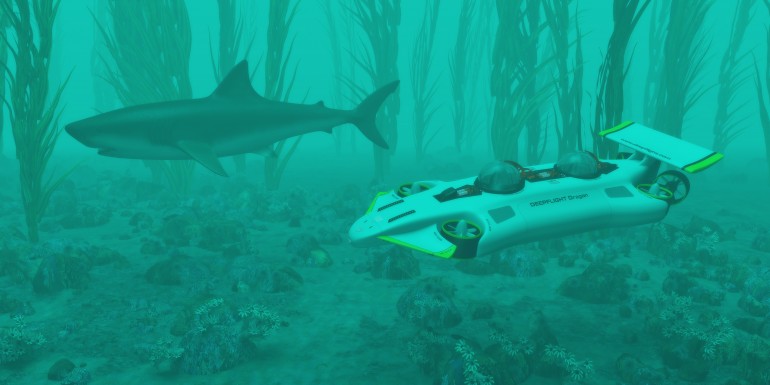 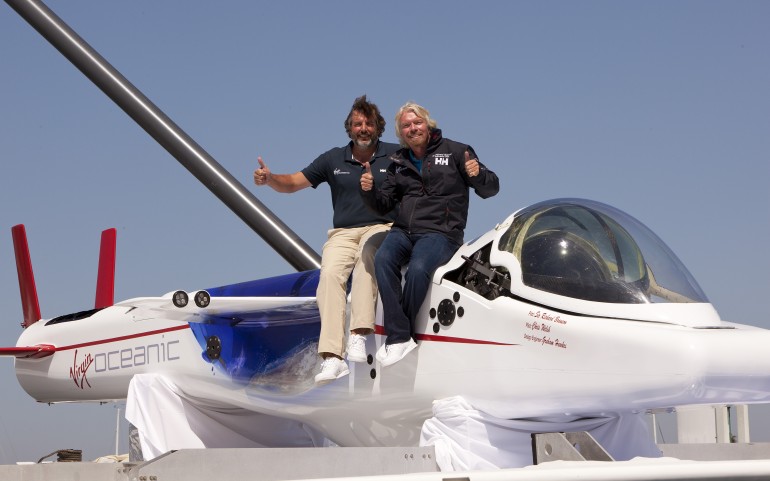 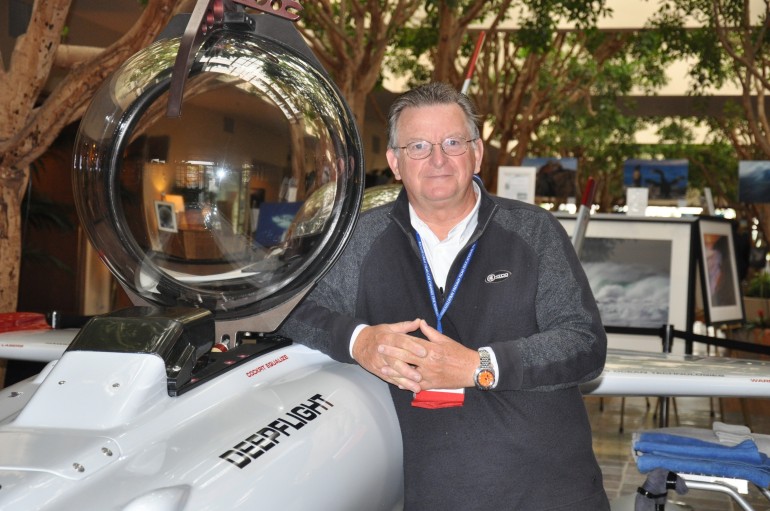 The all-electric (zero emissions) DeepFlight Dragon was designed specifically for easy use from yacht or shore to explore the twilight zone down to four hundred feet (120 meters). At 3968 pounds (1300 kg) and under 5 feet (1.5 m) in height, the Dragon is less than half the weight of competing submarines and readily fits into existing yacht garages or deck areas. Like all DeepFlight personal submarines, the Dragon is positively buoyant, meaning the craft automatically floats to the surface. And the Dragon is the first DeepFlight craft to use vertical thrust, thus enabling a hover capability.

“While humans have long dreamed of flying machines, we have actually realized this dream by building craft that fly underwater,” said Graham Hawkes, DeepFlight’s Founder and Chief Executive Officer . “Over the last twenty years we have tested and proven five generations of personal submarines, with each generation breaking through to new and powerful capabilities. With the DeepFlight Dragon, we wanted people to fully enjoy the experience of flying a submarine on their own. After all, no one buys a sports car and then gives the keys to a chauffeur.“

The two-person Dragon is the only personal submarine which has enough power to rely solely on vertical thrust to dive, eliminating the complexity of the ballast and drop weight systems that all competing submersibles use to get heavy and sink to depth. This newest DeepFlight craft also uniquely offers the DeepFlight Dive Manager, a proprietary technology that monitors and manages critical functions, therefore eliminating the need for a professional pilot in a third seat, say its manufacturers. 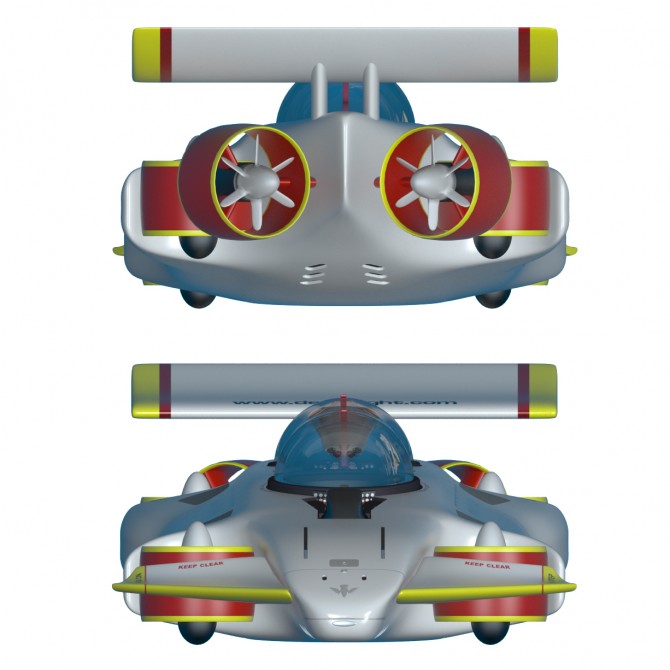