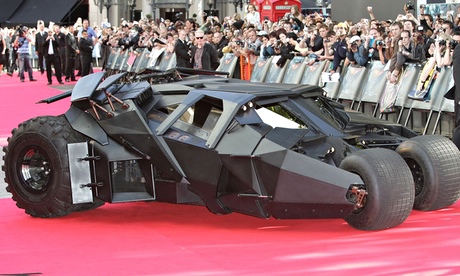 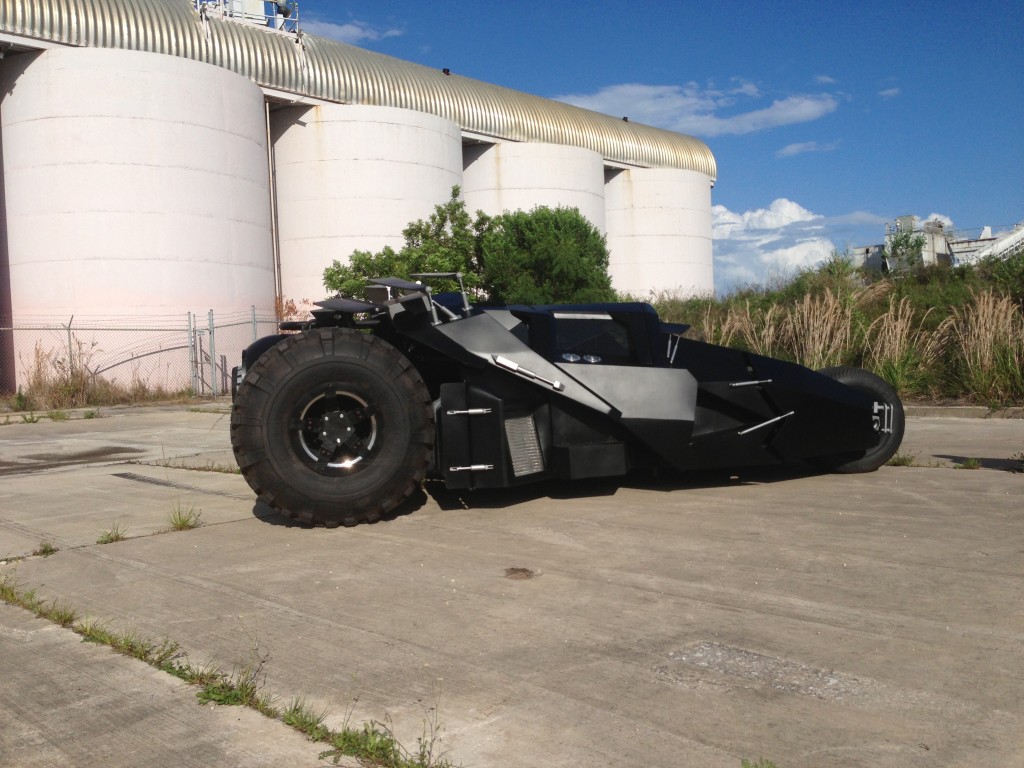 This article titled “Street-legal Batmobile goes on sale for m – and even has a CD player” was written by Ben Beaumont-Thomas, for theguardian.com on Friday 28th February 2014 08.48 UTC

It’s every Batman fanboy’s dream: driving around Gotham fighting ne’er-do-wells and perhaps wearing too much eyeshadow. Now the fantasy becomes near-reality, as a replica of the ‘Tumbler’ Batmobile used in The Dark Knight movies goes on sale for m.

Appearing on the James Edition luxury goods website, the seller says that “we have built this insane vehicle to be street legal however please understand that this is not a daily driver!”

Its spec includes four 44-inch tyres with custom rims, a stereo with Bluetooth and iPod integration as well as a CD/DVD player, and five driver assist cameras for those tricky supermarket parking spaces. It has an eight-cylinder engine, though UK drivers may be dismayed to learn it’s only in left hand drive, as well as the fact it has no weaponary. Echoing Christian Bale’s famous paint job demands, it comes in one colour: black.

If it’s not to your taste, James Edition has some other eyecatching vehicles, including a Dodge pickup with 9/11 memorial paintjob, a snow-camoflagued Hummer with its own drone helicopter, or this €2.1m campervan.