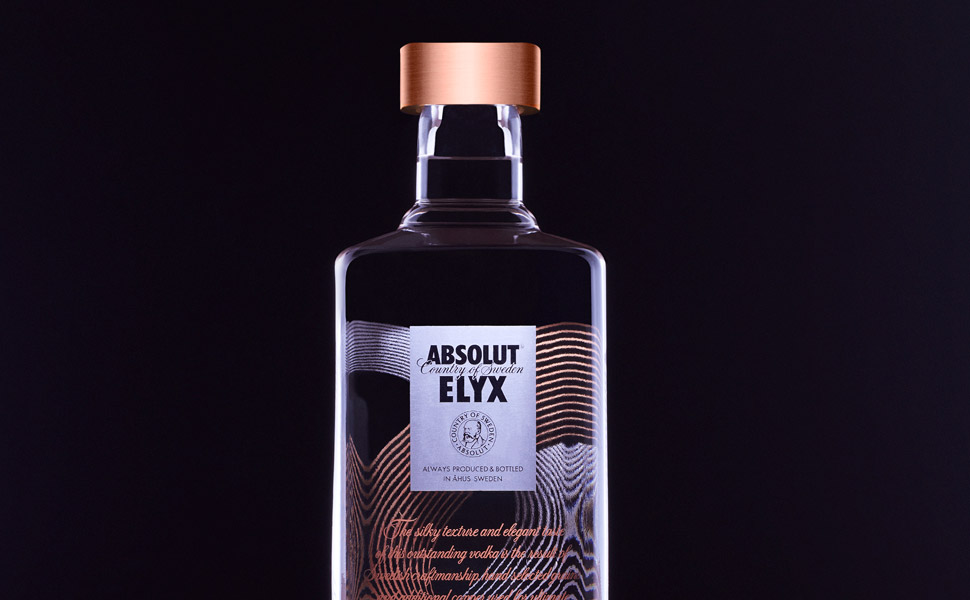 The copper naturally removes any unwanted sulphur-based compounds from vodka, creating an unique character and clean, crisp taste. This feature was used by Absolut to create the ABSOLUT ELYX vodka manually distilled in a 1921 still with columns, pumps and pipes made of solid copper. The vodka is made from the highest quality, 100% hand- selected single-estate wheat. At the heart of the old ABSOLUT distillery where ELYX is perfected, stands a single column continuous distillation unit made entirely of copper and dates back to 1921. The copper surfaces inside the column have a catalytic effect on some of the trade compounds in the spirit, removing unwanted impuritities and adding a remarkably smooth texture.

”The past few years have seen a wave of superpremium vodkas that have been mostly about image,” says Mathias Westphal, Global Brand Director, The ABSOLUT Company. ABSOLUT ELYX is something different. It’s a unique combination of traditional handcraft, copper distillation and cutting-edge design.”

Added Maxime Kouchnir, Vice President, Vodkas, Pernod Ricard USA, “Small batch, handcrafted spirits are in very high demand in the U.S. across many segments including vodka. And , with the luxury market on the rise, ABSOLUT ELYX fits a need in the market for an ultra-premium vodka, which is the fastest growing segment of the vodka category.”